Over a decade ago, I read Lilith’s Brood. I immediately recognized the power of Octavia E. Butler’s writing, her utter willingness to exploit science fiction to the fullest extent that it can comment on our society. Since then, I have always nodded along and agreed every time someone calls Butler a grandmaster of science fiction and fantasy. She is an icon. But I didn’t read anything else by her.

Kindred is the first of many Butler stories I hope to pick up and finally read over the next few years. It’s time to address this fundamental gap in my science fiction experience!

Moving between 1976 and the early nineteenth century, Kindred is more fantasy than science fiction for reasons I’ll discuss shortly. Dana is Black, recently married to a white man named Kevin, and they are moving in together. She begins to be “pulled” through time to the side of a white man named Rufus—first when he was a small boy, and then progressively as he ages, every time apparently when he is in mortal peril. Dana saves Rufus yet inevitably finds herself trapped in Maryland, at the mercy of Rufus’ abusive, slave-owning father, until time pulls her back to 1976 and a distraught husband. As this process repeats, it takes a toll both physical and emotional on Dana.

It’s a commonplace for people to insist that, were they around in the past during times of great upheaval or injustice, they would definitely be on the right side of history. The trouble with this assertion is that in most cases you wouldn’t be, statistically. You would have been brought up into a society in which an injustice like enslavement would be accepted or at least tolerated, and though many people bristled at it and opposed it, the continuation of that institution for so long points to the social inertia it had. Time travel adds another layer to this mix, for Dana is not a woman of the nineteenth century. As the characters from that time point out, she speaks like a white woman sometimes—too educated, too assertive by the standards of the Black women, free and enslaved, around the Weylin plantation. It marks Dana out as different even from her own people, gets her into trouble. But it also reminds us that she is not someone who grew up with slavery.

On Dana’s first two trips to the past, she positions herself as best she can as free. When Kevin inadvertently accompanies her, she poses as his property. Subsequent trips find her power and autonomy further eroded, as first Rufus’ father and then Rufus himself exploit Dana’s fondness for some of their contemporaries to manipulate her. Dana finds herself compromising or at the very least stretching many of her principles, first as a matter of immediate survival in the past and then as a matter of existential survival—for she realizes that if certain events don’t come to pass, she won’t exist.

I mentioned that Kindred isn’t science fiction, and this is why: there is no explanation for Dana’s time-hopping. There is no how or why, no novum that propels her into the past and flings her into the future. It just happens. There’s no obvious magic here either, though, so perhaps the most accurate label is speculative fiction (I just don’t want to create another tag). In any event, I think this choice on Butler’s part is deliberate and important: Butler doesn’t want us to focus on the time travel itself. That is not the plot; stopping it is a desire of Dana’s but not, ultimately, what this story is about.

I would love to see Kindred turned into a movie or television series, but I doubt this will happen any time soon (we’re just going to keep adapting dead white guys like Isaac Asimov, I guess). American media has an obsession with narratives about enslavement but only through the narrow lens of the white viewer. It’s no coincidence that the most successful movies about America’s enslavement of Black people tend to feature intense violence, white saviourism, etc. The movies offer up the idea of redemption in the form of white people who help the Black characters survive and even escape their wretchedness while at the same time attempting to scourge any lingering guilt through the spectacle of violence: oh, look how bad it was back then, it certainly isn’t that bad now! American history, when it even acknowledges enslavement as an institution, firmly insists it is an artifact of the past, with no connections now to racial inequity or slavery in other forms (such as that of prisoners).

Kindred is not that type of narrative about enslavement. It was very uncomfortable to read this. I don’t want to dwell on my discomfort, because I don’t want to centre myself as a white person—but I do think my position as a white person is important to note when I discuss this book. Butler reminds us that our power as individuals is circumscribed by the state, by culture, by society. When Kevin travels to the past with Dana, he has privilege as an educated white man, yet even he can only do so much. Neither he nor Dana really manages to make any real change on the Weylin plantation. The ending of the novel is grim not just for the physical consequences for Dana as she returns to her present for the last time but also because, afterwards, we learn that the worst had come to pass for the enslaved people on the Weylin plantation. Dana is the protagonist of this novel, but she isn’t a hero. In her desire to survive and perhaps to punish Rufus, she makes life worse for the myriad Black people who live on the plantation (I suppose one might argue Dana is caught in a predestination paradox and lacks free will, but as I said above, that’s not what Butler is trying to explore here).

So this isn’t a feel good story about escaping enslavement. Rather, Butler seeks to challenge the reader (especially, I think, us white readers) to truly think about the daily abuse experienced by enslaved Black people (and even free Black people) in that era and such places as Maryland. She reifies slavery in a way that more glorified portrayals cannot, turning it from a hypothetical idea that we know existed as a part of history into something far more … familiar. For you see, Rufus and his father are abusive AF—and that isn’t any different from people in our time. Ownership of others is no longer sanctioned in the same way that it was in theirs, but abusers like the Weylins can still operate and still inflict harm on vulnerable and marginalized people. Maybe, having experienced Dana’s difficulties and the way she comes to understand the plight of her ancestors, we might also turn our empathy towards those who suffer now rather than blame them for their own suffering.

There’s so much more I could say about this book, so many ideas of race and gender politics that Butler explores. I don’t fully have the words (and I must disclose that I’m writing this review about two weeks after finishing the book, so my memory has already begun to fade). All I can really do is hope that what I have said helps you understand that Kindred is a truly special work. Discomforting in its intensity yet energizing in its brilliance, I admire it especially for being a discrete, standalone work. I know this book already has so much praise, but I want it read more. I want it talked about more. Starting with you. 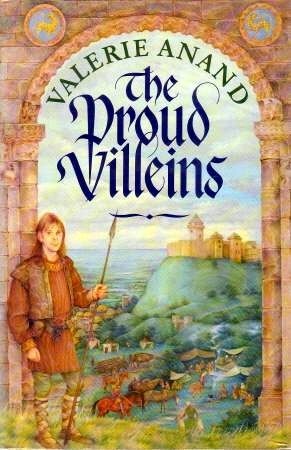