Lauren Beukes writes haunting pieces of speculative fiction, and The Shining Girls is no exception. If you like serial killers, time travel, or investigative journalism, then this book is for you. I don’t normally read thrillers, serial killer stories, etc. That just isn’t my cup of tea. But I like Beukes; Broken Monsters is a fantastic work, and I was hoping for more of the same here. By and large I was satisfied, although certain circumstances (feeling drained from travel) and the pacing of the book made me like it less than I wish I had.

In 1931, Harper Curtis stumbles across a mysterious House. Seemingly abandoned, it contains a room with the names of several “shining girls”. Harper alone understands what this means: he can step out of the front door of the House into any time between 1929 and 1993, just with a thought, and he can find these shining girls and kill them. Because that’s what he does, apparently. But he messes up. Kirby Mazrachi survives his attack, and a few years later she interns at the Chicago Sun-Times and makes it her mission to track down her killer.

The narrative jumps around through time periods, so each chapter helpfully indicates which character it is following and the month/year. This is particularly valuable for Harper, who does the most time-travelling, whereas Kirby, for example, gets a relatively linear story (with some exceptions). What’s nice about The Shining Girls is that Beukes has put an effort into creating a twisty, loopy time travel story here, with the way that Harper interacts with people at various points in their timelines … yet if you don’t care for time travel or science fiction at all, you can pretty much ignore this plot and just focus on the serial killer thing.

Beukes depicts Harper with just the right level of zeal and creepiness to him. He moves through life with that grim caul of determination pulled tight to his skin: survive, survive, kill. He is a predator, yet not a particularly clever one. While it’s not entirely clear why Harper finds the House, or how it works, the relationship is heavily implied to be some kind of closed time-like curve and heavily symbiotic. In any event, Harper’s possession of the House does not provoke or even enable his killing tendencies; they merely direct his energies in a horrific and new way. Harper’s relationship with Etta is perhaps one of my favourite parts of this story.

Our protagonist, Kirby, is equally interesting. I love the look we get at her childhood and teenage years, the way Beukes depicts her relationship with her mother, Rachel. We receive a good understanding of Kirby’s character, which in turn helps us understand why she is the shining girl who gets away, if you will. Kirby’s determination is actually an interesting mirror to Harper’s, and part of me wonders what might have happened if Kirby had somehow been introduced to the House “before” Harper was. (I’m not saying I think she would have become a serial killer, but she seems to have the same intensity that Harper channels into his murder-times.)

As much as I loved the first part of the novel, The Shining Girls lost steam for me as we neared the climax. I can’t be too harsh here, because for various reasons unrelated to the book itself I was dragging my heels with reading this, so maybe I didn’t give it a fair shake. Nevertheless, Beukes doesn’t connect the time travel mystery with the killer mystery very smoothly. The dramatic irony of Dan and Kirby knowing nothing about Harper’s time-travelling origin overstays its welcome, only to be resolved entirely too quickly and haphazardly for my tastes. Kirby makes one tenuous connection and suddenly everything falls into place (albeit not instantaneously, to be fair). Then it’s off to the chase and fight scenes that close out the story.

So this is a very entertaining, sometimes intense, really creepy book. Basically, what I expect from Beukes. It didn’t wow me like Broken Monsters did, unfortunately, but it was a good enough way to spend a few (more than I would like, grr) days. Your mileage will vary depending on how intensely you appreciate the various things that bind this plot together. What I most enjoy is Beukes’ audacity and skill at making such esoteric bindings in the first place. 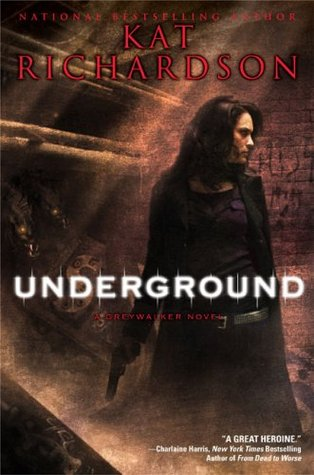 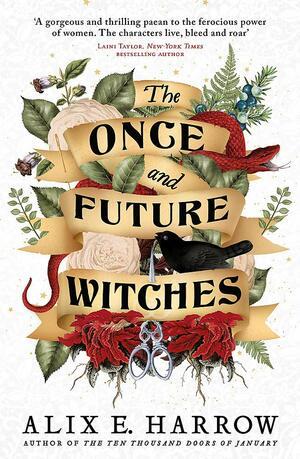