HOW TO TALK TO A SCIENCE DENIER by Lee McIntyre ★★★ | Kara.Reviews
Start End

As Lee McIntyre reflects in the book, this topic seems even more relevant now than it did prior to the COVID-19 pandemic. We have very effective vaccines that will help us mitigate the harms of COVID-19, yet a shocking proportion of people are hesitant to get vaccinated. A perhaps less-shocking proportion have decried public health measures, like mask mandates, designed to keep people safe. In How to Talk to a Science Denier, McIntyre tries to uncover why people deny science, how those beliefs are formed, and then what techniques will actually be effective in encouraging such people to change those beliefs. McIntyre is a philosophy of science professor, not a psychologist or a scientist himself. So he draws from a lot of references and experts in those fields, along with his anecdotal observations from talking to various flavours of science deniers.

I received an eARC of this book from NetGalley and the publisher in exchange for a review.

McIntyre wants to deliver good news: contrary to some of the prevailing wisdom, the science suggests that science deniers can actually be convinced by facts. He refers to a couple of articles, including one that I’ve used in my English classroom: “Why Facts Don’t Change Our Minds” and explains that more recent work hasn’t reproduced the results reported on in these articles. In fact, the research seems to indicate that content rebuttal is effective—at least in online settings. McIntyre goes on to reassure us that if you aren’t an expert in the field in question, then technique rebuttal is also effective: point out, gently and compassionately, the flaws in reasoning that have resulted in the science denier forming these incoherent beliefs. These flaws are 5 in number: “cherrypicking evidence, belief in conspiracy theories, reliance on fake experts (and the denigration of real experts), committing logical errors, and setting impossible expectations for what science can achieve.” As McIntyre chronicles his conversations and explorations of various flavours of science denial, he briefly summarizes how these 5 flaws in reasoning show up within each flavour.

More broadly, this is a book about epistemology and the limits of scientific knowing, as well as the role of healthy debate in our society. McIntyre is keen to point out that a great deal of science denial ultimately rests in a distrust of science, of government, or of some combination of those authorities. This is important, because McIntyre wants to emphasize that most science deniers are not stupid or even necessarily ignorant people (although ignorance/lack of education can be a good starting point for breeding science denial). Rather, these are people who embrace the denial of science as an identity because it provides them comfort in a world that at times seems very random and harsh.

In this way, McIntyre builds up a thesis that he truly only comes to understand through experience. His first attempts to talk to science deniers in situ, at the 2018 International Flat Earth Conference, fumble and fizzle out because, he concludes, he didn’t listen enough. Each subsequent mission to reach out to deniers, then, builds on this experience and results in McIntyre trying to find more common ground and truly understand the nature of the denial in question. At several points, McIntyre cites Peter Boghassian and James Lindsay’s book How to Have Impossible Conversations. I kind of wanted to go take a shower when he did that, because I’ve heard very few good things about Boghassian and Lindsay, and I’ve witnessed firsthand the latter not living up, on Twitter, to the exhortation to really sit down and listen compassionately to people you disagree with. McIntyre seems like a nice and liberal enough guy, but it made me super uncomfortable that he cited those two so favourably. (And more generally, I wasn’t a huge fan of how he kept praising various sources’ books as “terribly important,” and other such adjectives.)

I am all for listening to people who disagree with me on science and seeking to understand their point of view. I have had conversations with vaccine-hesitant people in my life, and this is exactly what I tried to do—I asked them what their concerns were, and I tried to treat them with respect and acknowledge that it’s ok to be concerned and apprehensive about these things. In this sense, I am entirely in agreement with McIntyre (and perhaps, at least in the way he filters it through this book, Boghassian and Lindsay, ugh).

That being said, I do feel uncomfortable when this idea gets extended to conversations about society in general. McIntyre submits that some of the most recent research suggests not showing up to a debate is an unproductive way to combat denial. That made me think of Bill Nye agreeing to debate creationist Ken Ham, and how at the time I scoffed at the idea. Maybe I was wrong. But I also think we need to think carefully about where we draw the line at accepting such debates as valid events. Debating science is one thing, but I don’t want to debate the rights of any particular group of people. Don’t try to debate with me that Black people are human, and don’t try to tell me that, as a trans woman, I don’t or shouldn’t exist. In that sense, even as McIntyre lays the responsibility of communicating with science deniers on the shoulders of scientists, I feel uncomfortable with the possible analogy to be had here—that members of marginalized communities have the responsibility to reach out and communicate better with racists, transphobes, homophobes, etc.

To be clear, McIntyre isn’t saying that. He wisely side-steps that issue by explicitly focusing on science denial and only science denial. At one point, he brings up white supremacy but then rejects any firm comparison between white supremacy and science denial. To me, this signals that he understands there is a qualitative difference between two people disagreeing on a matter of science versus two people disagreeing about the humanity of others. Nevertheless, I do think that discussions about science denial must acknowledge their embedded context of a society that is increasingly suspicious of any form of intellectual discussion around social justice. Just see the backlash against critical race theory (a backlash which Lindsay, incidentally, champions, ugh) and how schools in the United States are “banning” the teaching of critical race theory despite the fact that it isn’t taught in high schools, because it’s a complex field of study usually reserved for grad school. I think it’s a mistake to ignore the fact that the people likely to engage in science denial are also likely to be in favour of “banning” critical race theory, because their flawed reasoning resonates with the 5 flaws McIntyre highlights here.

One element I did find lacking in How to Talk to a Science Denier was a deeper look at science denial within science itself. McIntyre brushes up against this topic in a few areas, such as when he has a conversation with a biologist friend who is, if not anti-GMO food then at least not pro-GMO. This is the kind of thing I’m talking about—the COVID-19 pandemic has shown us nurses and scientists coming out against vaccination, even though these people should be the ones who have the best understanding of vaccine science. But science is a very broad discipline; the general public seems to place an overabundance of trust that if you are a scientist then you know what you’re talking about when you opine on any science. I would have liked to see McIntyre interrogate this idea more thoroughly and examine, for example, scientists who deny climate change. Do they genuinely disbelieve, or are they sowing doubt because it funds their bottom line? This is, after all, one of the ideas McIntyre wants us to understand after reading the book: much science denial these days is political and corporate in its origins, the result of decades of doubt sown by tobacco and then oil companies. Scientists themselves are not immune from such corruption.

In the end, this book is far from a comprehensive guide to the world of science denial (how could it be?). But it’s definitely interesting, and I think for the most part, McIntyre meets the expectations he sets out at the beginning and in the very title of this book. If you are someone like me who is interested in having more fruitful conversations with people who deny or are wary of otherwise accepted scientific views, then this book might hold some answers for you. Yet I think McIntyre would agree that not even this book can be the magic bullet that fixes all our science denial problems. That will take concerted efforts in our institutions, from education (hello) to politics and beyond. 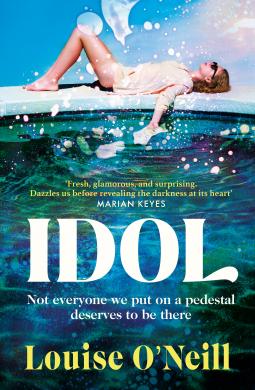 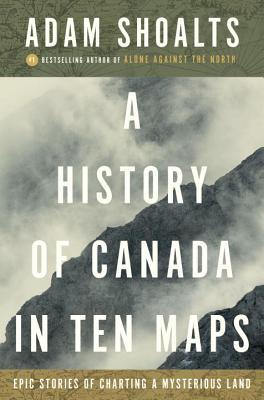