Hello, and in this instalment of “Ben continues to be behind on reviews and on NetGalley reviews in particular” we’re reviewing Paranoid Science: The Christian Right's War on Reality, by Antony Alumkal. I was drawn to this book in much the same way that other people are drawn to evangelical Christianity: the promise of answers. Of course, in this case, I was looking for answers as to why and how the Christian right continues to be such a vocal minority in politics and policy in the US. Living as I do in Canada, we also have our conservative moments—we just saw a year-long race for leader of our own Conservative party with several candidates spouting anti-abortion lines, climate-change denial, xenophobia, etc., to appeal to those more extreme elements of their party. Yet we have a tenth of the United States’ population, and our conservativism looks downright liberal compared to what y’all got in America. So what’s up?

Given that this book is published by New York University Press, it should come as no surprise that it is quite academic in tone and style. Alumkal is writing from a sociologist’s perspective and provides a survey, essentially, of evangelical propaganda literature using the tools and techniques of the sociologist. Although he does not hide his disagreement with evangelical views, his intent isn’t so much to judge or denigrate the evangelical positions so much as examine how they exist in relation to the wider American society, and how they have fluctuated over the past fifty years or so with changes in that wider society.

This book was perhaps too academic for me, and this is mostly what held me back from enjoying it more than I did. I’m thankful that it doesn’t overstay its welcome; the book is structured very orderly and tightly, and the editing is strong in this one. It wasn’t that I was getting bored or that the book was being repetitive; however, I don’t have the background or passion for sociology that Alumkal’s target audience would have. This isn’t a pop science book—nor is it trying to be. It’s trying to be academic, and it accomplishes that goal. Alumkal has plenty of citations to back up his research, and it’s clear from the depth of his knowledge of evangelical literature that he has done his research and done it well.

As the title implies, Paranoid Science isn’t just about evangelical attitudes towards science. Alumkal asserts a stronger claim, namely that evangelicalism takes a paranoid style in its writing about science. The evangelical centre and right, as he calls the two most extreme camps within evangelicalism, believe that “postmodern” science and scientists are part of a conspiracy to promote secularism, weaken Christianity, and turn the United States into a country of heathens. He examines the literature and leaders of the intelligent design movement, the ex-gay movement, the climate-change denial movement, and the bioethics movement. Each of these chapters would make excellent extract material for a more focused class. Altogether, they result in a triangulation of the evidence, making Alumkal’s case far stronger than if he had merely examined one of these movements.

Rather than discussing all four of these chapters in detail, allow me to just point out a few things that I found interesting. Firstly, Alumkal sheds some light on the personalities involved in these movements that people who don’t follow them closely wouldn’t necessarily know about. This seems particularly important for the intelligent design movement, which in many ways positions itself in direct opposition to the “New Atheism” movement that has a similar cult of personality around figures like Dawkins and Hitchens.

Secondly, I learned a lot more about the ex-gay movement than I knew going into the book! I had a vague awareness of “pray away the gay” conversion therapy outfits in the US. Alumkal furnishes the reader with a much more specific description of these ministries, their origins, and most importantly, how they have changed over the years. Ministries that began with highly optimistic promises of totally “curing” someone of homosexuality have walked back these claims. Now they only “reduce urges” but acknowledge a “lifelong struggle” for most people who seek these “cures”. Alumkal also points out, with no small note of irony, how many of the prominent people in this movement have later abandoned it, culminating in one of the most well-known ex-gay ministries, Exodus, completely changing its tune, apologizing for its harm, and stating it will reform and start promoting tolerance.

The chapter on bioethics—namely, the connections between the anti-abortion movement and the anti–stem-cell research movement—intrigued me, because to be honest, it’s the one I’m most sympathetic to. Evolution is a fact; climate change is real and caused by humans; gay people exist and have a right to be, you know, gay—but bioethics is such a grey area! And I’m not talking about abortion: women have a right to access to safe, unshamed abortions. I’m referring more to the germline editing of cells. Genetic engineering of humans (and to a lesser extent, animals) freaks me out, from an ethical and a practical perspective.

Of course, the difference between me and members of the evangelical right is that I am happy to exist within shades of grey. One of Paranoid Science’s overarching themes is this observation that evangelicalism largely eschews shades of grey. It presents its apologies for the Bible as the “truth” that sheds light on the confusion and lies perpetuated by science and other media. The exception, here, comes in the bioethics debates. Alumkal points out how the evangelical ministries are often less strident when it comes to matters like birth control, because, unlike the Catholic Church, their base isn’t so opposed to contraception. So the message turns from “science is ignoring what we know to be true because Bible” to “science is unclear on this one, please pray for your personal answer”.

Paranoid Science, overall, is a detailed and interesting look into the structure of these evangelical movements against and in suspicion of science. I wouldn’t necessarily recommend it for general consumption, just because I think most readers will find it drier than they like. This is definitely more aimed at scholars and others—I’m in that camp, but not in that mood at the moment, and that affected my enjoyment of the book despite my appreciation of its merits. 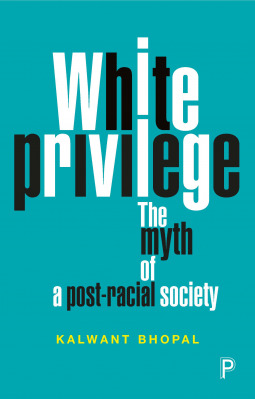