Is truth beauty and beauty, truth? It can be hard to tell.

In Lost in Math: How Beauty Leads Physics Astray, Sabine Hossenfelder argues that these two concepts are not equivalent. As the subtitle implies, Hossenfelder feels that theoretical physicists are too obsessed with creating “beautiful” theories, in the sense that the mathematics that underpins the theories (because these days, theories are basically math, even though, as Hossenfelder stresses, physics isn’t math) must be beautiful and use “natural” numbers (by which she means numbers close to 1). Theories that don’t conform to these criteria tend to be unpopular, to receive less funding for experiments and less attention in papers. This, Hossenfelder contends, is a mistake. She fears it reinforces an orthodoxy that threatens theoretical physics with stagnation and, worse, undermines the scientific method. In her view, since theoretical physics is often regarded as the “hardest” of hard sciences, if faith in the foundations of physics goes, so too goes trust in science—right when we need it more than ever.

I guess this book kind of hits the sweet spot for me, because I’m big into the intersections of philosophy and mathematics and science. Thanks to NetGalley and Basic Books for the free eARC!

I love thinking about the limits not just of what we know but also what is knowable. This, to me, is why theoretical physics fascinates me—not just because it explains the foundations of our physical existence, but because it knocks up against literally the limits of our ability to measure and quantify. Each time we want to go looking for heavier and heavier particles, for example, we need bigger and bigger particle accelerators. That’s why we built the LHC, which—in Hossenfelder’s opinion—has been a bit of a bust in terms of new physics. But we’re running up against the limits of what we can do on Earth, or even in orbit … what’s next? Particle accelerators the size of our solar system? I get chills.

Lost in Math is not really about physics in the popular science sense. This is more accurately a philosophy book. Hossenfelder discusses a lot of physics concepts (most of which, to be honest, go way over my head), but ultimately she is more interested in looking at why her colleagues in theoretical physics chase the theories that they do. Unlike some of them, she confesses that she doesn’t seem to have a nose for beauty, that she doesn’t recognize a beautiful theory when she sees it—and she is uneasy about this reliance on ideas of beauty.

So while the book follows the fairly standard approach in popular science texts of doing a brief overview of the history of physics, Hossenfelder is looking at the philosophies that were at work rather than the merits of the actual theories. As familiar names—Bohr and Einstein and Schrodinger and Heisenberg and Dirac et al—move across the page, we learn more about their thinking—insofar as we can know it—than their specific contributions. Hossenfelder isn’t looking to teach physics here. She’s asking us to think critically about why we have the physics we do.

I think this is a really interesting and important point. To laypeople, like myself, it might seem inevitable that we’ve ended up here. After all, there is only one true science, right? We might have made a bunch of false starts, but along the way, as we uncover more and more “facts” and tinker with our theories and run better experiments, we’re narrowing it down and getting closer to “the truth”, right?

Well … it’s complicated. As Hossenfelder explains, it isn’t so much that the physics we have now is The One True Physics as it is Something That Mostly Works. And in the case of quantum physics, there are actually a whole bunch of competing interpretations that explain the same phenomena, just differently, and at the moment they all tend to be valid because no one has figured out a way to test between them. So as much as both philosophers and physicists would like the other camp to stay out of their business, when you get right down to it, the two are entwined at the moment.

Hossenfelder tours the landscape of theoretical physics, interviewing researchers in different fields to help her understand the obsession with naturalness and beauty. Along the way, you will pick up on her clear sense of exasperation with what’s happening in her profession. It isn’t just the naturalness argument: it’s the whole system, the fighting over short-term grants and positions, the tendency to reward people who publish more often, on more accepted topics, over people who spend their time tinkering with more heterodox approaches. And maybe how surprised I am by Hossenfelder’s tone and voice, or even the fact that this book got written, further supports this idea, since we are so used to “gee whiz” pop physics books that emphasize the beauty of the universe and of the theories that explain it. Physicists who write books for popular consumption are generally trying to build a following, and I get the impression Hossenfelder really doesn’t care about that. While I find Hossenfelder’s writing, in general, to be mediocre, her forthright and honest tone is refreshing and interesting.

There’s a fair bit of mathematical concepts in this book too. That probably shouldn’t be surprising, given its title. There aren’t actual equations, but Hossenfelder throws around terms like “groups” fairly generously without really going into what they are (and maybe that’s for the best). As with the physics shop talk, if you don’t have much of a grounding in abstract algebra, you’re going to feel a little out of the loop. This is not a light read. It is, however, enjoyable in the sense that it tickles the part of your brain that really wants to think hard about things.

Lost in Math succeeds, largely, in what it sets out to do. It demonstrates that certain elements of how theoretical physicists theorize right now aren’t the most conducive or productive. It pulls back the curtain for a wider audience, exposing us to some of the philosophical debates and issues that have long been happening within the physics community, which laypeople might wrongly perceive as monolithic in approach, if not in interpretations. Hossenfelder’s writing is a little dry, and the book is full of challenging concepts … but I think it’s worth a try if you want some philosophy in with your science. 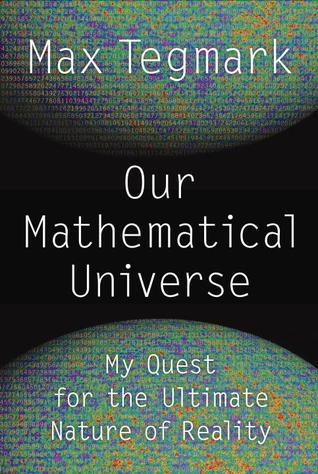 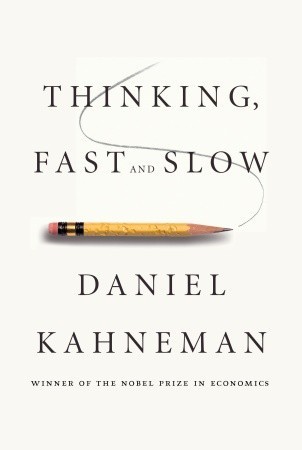