HERE WE ARE by Kelly Jensen ★★★★★ | Kara.Reviews
Start End

I suppose I should start with one of those disclaimers about how I received a free electronic copy of this from NetGalley and Algonquin Young Readers. However, I also preordered two hard copies with my own money (OK, someone else’s money in gift card form) even before that request was approved. But why wait a whole three weeks when I could read it earlier than that? That’s how excited I am for Here We Are: 44 Voices Write, Draw, and Speak About Feminism for the Real World. It turns out that this book is everything I wanted, and more.

I really like this trend of telling me how many contributors there are in the title of the work, because it saves me from having to count. Suffice it to say, I’m not going to review each piece individually. I will point out that Kelly Jensen has clearly made the effort to be as inclusive and intersectional as possible in this book. Here We are features pieces from white women, Black women, Indigenous women, trans men and trans women, straight women, gay women, and even that rarest of breeds, yes, the straight white male. The contributors are of various ages, professions, and socioeconomic backgrounds. Indeed, pretty much the only thing that unites all of them is that they are in this book, and they identify as feminist.

Readers won’t see themselves in every contributor and every piece in Here We Are. And that’s kind of the point. The essays and other pieces in this collection seek to give advice, sure. Beyond this, though, they simply provide perspectives. Readers won’t see themselves in every contributor, but they will hopefully identify with some of the contributors. And they will get a chance to hear from voices whose experiences are very different from their own. For example, Constance Augusta Zaber’s “Dragging Myself into Self-Love” would surely resonate with many boys:

Looking back, I can recognize how hard puberty must have been for them, but at the time, I envied those girls. I envied their pierced ears, their lip gloss, their long hair, their shoes that weren’t boring old sneakers. I was envious that they were allowed to make choices with clothes and makeup that were off limits to me. By the eighth grade, I’d been exposed to the idea that gender roles were created by humans and were more arbitrary than natural (thank you, Internet!), but that sort of abstract information is useless in the face of classmates who would mock a boy for having a purple backpack.

(Emphasis mine.) Although I perform gender in a fairly standard, masculine way, I definitely understand where Zaber is coming from and can identify with chafing at some of the restrictions placed upon people who perform gender as male. For boys who are considering that they might be trans or nonbinary or agender or simply prefer more fashion choices, this is an essay that tells them they are not alone. For the girls who are the primary target audience of Here We Are, it’s a glimpse into how feminist thought and action benefits all people, regardless of gender.

Here We Are is unequivocal in its inclusiveness:

Feminists can identify as female, male, transgender, gender queer, or any other way they wish to. They can choose to choose no identity at all or choose one identity today and a different one next week. What physical parts individuals have or do not have has no bearing on their feminism nor on their right to be part of the feminism party. All that matters is that they believe in equality for every individual.

Whether you identify as a trans man, move fluidly among genders, enjoy having sex freely, or prefer not to have sex at all, you belong here and you matter.

(Yeah, a little asexual representation there. Not a whole lot, unfortunately, but a little. I wish Jensen had included an asexual contributor to discuss how a lack of attraction is normal and OK, and maybe even someone who is aromantic or whose romantic orientation differs from their sexual orientation. Also, in case you’re reading this and wondering: yes, there really are feminism parties. They are every second Thursday, and like the dark side, we have cookies, although we don’t have imperialist oppression of entire planetary systems.)

Mikki Kendall also puts it very well in her essay, “Facets of Feminism”, when she says, “A feminism that is exclusionary, that makes objects out of some women and saviors out of others, is implicitly harmful.… An inclusive feminism is a more effective feminism.” And earlier in this chapter, the book reminds us that liking problematic media doesn’t disqualify you as a feminist either, that “it’s from these problematic representations that great feminist dialogue emerges”, and then cites one of my favourite problematic shows, Supernatural. This is a salient point to remember in an age that bombards us with media representation that is often simultaneously problematic and entertaining, and I appreciate that Here We Are takes the time to counter the myth that feminism means hating men, hating yourself, or indeed, hating everything—it does not.

The word feminist is certainly more in the popular mind than it was when I was a teenager in the early noughties. My adolescence straddled the divide between pre- and post-social media, as well as pre- and post-smartphone; in Grade 8 it was all about the LiveJournal and the GeoCities, and by the time I was graduating high school Facebook had thrown open its doors to the general public and the iPhone had just heralded the beginning of the smartphone era. In this environment, feminism was something we didn’t really discuss too much as teenagers. I ran with a pretty smart group of kids (after my first high school closed in Grade 10, I took to eating lunch in the band wing with the “band geeks”, despite my lack of musical talent, because lots of them were from my old school and it seemed preferable to the noisy cafeteria). We were reasonably enlightened, I’d like to say, and we talked about these kinds of issues. But textbooks and theories and that kind of academic rigour were not yet on the horizon, so we didn’t always have the language required to grapple with them.

This book is much more accessible. It covers pretty much everything and anything related to feminism to one degree or another. I appreciate that it has separate chapters on sex and relationships, since these are very different but often conflated concepts. I like that it has a combination of personal essays, reprinted essays, interviews, comics and drawings, and lists. The “scrapbook style” book is not a form I want to read all the time, but I acknowledge its appeal. As an adult and a professional and (gasp) an intellectual, I can read all the academic theory books about feminism that I want. I can’t really put those into the hands of teenagers, however, and expect them to have the same eye-opening experiences that I do. Instead, Here We Are is a book with ideas, stories, and advice they can take an act on immediately.

Even as feminism becomes more popular, it also becomes a commodity. Corporations are happy to co-opt feminist slogans and terminology if it means they can sell feminism. “Buy this thing to make you more feminist!” “Buy this thing to support our feminist initiatives!” Buy, buy, buy. “Buy this to learn the ultimate secret to feminism…” Except there is no secret. There is no one, right way to be feminist. There is no feminist checklist that, if followed, will make you the perfect, unprivileged, unbiased, feminist person.

OK, I lied. There is a secret. Do you want to know what it is?

Most young people are already feminists.

They might not know it, and if they know it, they might not readily admit to it (because that can come with a social cost they are unwilling to pay). But young people, by and large, believe in their own empowerment. They believe in equality for all genders. They don’t understand what the fuss is about if you love someone of the same gender—or if you don’t fall in love at all. The stories we see in the news about proms being shut down because a girl wants to bring another girl, or wear a tuxedo, or wears a dress that is too short—it’s not other teens shutting down these events, creating this fuss. It’s the adults who are unwilling to open their minds and change their views. I can’t remember who said this, but young people are always on the winning side of history.

Here We Are embraces this youth power and energy rather than talking down to it. It sees the feminist, good and bad and hidden and out, in everyone and speaks to them. It’s a little bit Oprah, I guess: “You can be feminist! And you can be feminist! And you can be feminist!”, but I don’t see this as a bad thing. The worst thing we, adult progressives and feminists and allies, can do at this point is to ignore, condescend, or silence young people trying to speak up, learn about, and claim a feminist identity. Here We Are is a book for youth that is proudly, loudly feminist and tells young people that they can shout about (or not, as they choose) being feminist too. I think that’s pretty cool. 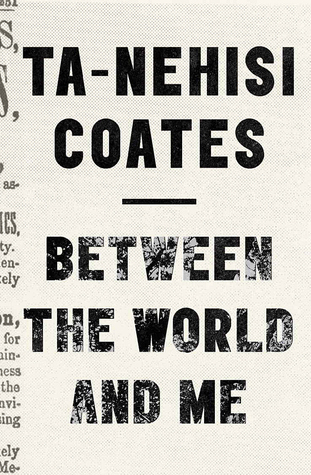