Huge note: Since writing this review, I’ve actually come out as transgender! So, uh, enjoy all the parts here where I laughably reaffirm my cis-ness! I will revise this review at some point. (Note to future Kara: actually do that.)

I received this book as a gift from a friend who shares my interest in feminism. She found For the Love of Men: A New Vision for Mindful Masculinity somewhat revelatory. Like me, she had already begun thinking about masculinity (we had both watched The Mask You Live In). But she said that Liz Plank presented ideas in a way that helped her better understand this experience that is, as a cis woman, very different from her own. Obviously I’m approaching the book from a slightly different angle but with no less expectation or excitement. One of my current goals is to get better at leveraging my privilege when it comes to being a feminist and challenging patriarchy. As a cis man, I shouldn’t centre myself in discussions of misogyny and women’s oppression. So I’m exploring how I can learn more about the flip side—masculinity—and then how I can talk to other men about masculinity, how I can evangelize feminism to them, if you will, and so make the world better in that way.

Much of what Plank explores I’ve seen discussed elsewhere, of course. Yet she explains it so well. She covers a wide variety of issues that relate to masculinity and gender roles: how we’re supposed to behave, friendships, the types of work we should do, the pressure to be the “provider” in the relationship, etc. The friendship part was very important to me, and although I don’t date, the romantic/dating parts of the book were interesting too. Plank writes with a sense of playfulness and humour while also understanding that this is a serious topic with serious consequences—for example, she discusses the high rates of depression and suicide among men and how the stigma around mental health, combined with increased rates of loneliness in older, single men, contributes to this epidemic. She supports her writing with anecdotal interludes where individual men share their stories. She has also done a fair amount of research. For the Love of Men is a balanced meal of polemical, educational, and personal.

Early in the book Plank articulates how masculinity differs from femininity, in that the former must constantly be performed while the later is embodied: “masculinity is much more rigid and requires constant self-regulation…. Masculinity is procured through ritualized and often-public social behaviors.” This resonated for me. “Becoming a man” is a procedural rather than biological rite of passage, and if you don’t perform masculinity constantly in the right ways (being a “real man”) then you can have your “man card” taken away. Or at least, that’s what the patriarchy wants you to believe. The fact that performing masculinity often involves misogynist statements and actions is but one reason why redefining masculinity will benefit women, just as lifting women up from oppression will benefit men.

Like most men, I’d call my personal relationship with masculinity complex. I do not feel particularly “macho” in the sense of being overtly masculine. I never saw the benefit of engaging in the competitions among my male peers that establish dominance or credibility, and perhaps that is one of the reasons I ended up spending most of my time with women. Plank notes:

I recently had a discussion with my two closest friends, both women, about this idea of our relationships being biased in favour of a particular gender. Just as I seem to befriend primarily women, one of them explained that she has preferred to befriend men. At times our language flirted with gender essentialist notions—notions internalized as a result of our upbringing and the messages in our society . So reading this part of For the Love of Men was extremely helpful for me, because it helped me reframe what I’ve experienced. As an introvert who is more comfortable examining his internal life than existing in larger groups, the predilection for masculine bonding to occur within those larger groups explains why I often avoided it. It isn’t that I “naturally” gravitate towards women as my friends—it’s just that I tend to prefer the types of social situations where interactions with women predominate. (The other participant in the conversation made a great additional point: I am often in environments with more women than men. Growing up working at the art gallery, all of my close coworkers were women. In my current job, most of my colleagues are women. So this does skew one’s exposure and therefore opportunities to create friendships, I suppose.)

Being asexual, even before I understood that I was, has also informed my complicated relationship with being masculine. As Plank points out, masculinity encourages certain atmosphere of violence and competition (for women) in terms of the vocabulary, from “banging” to “scoring.” When so much of masculinity is heteronormative, how do I fill in the gap created by feeling no sexual attraction to anyone, of any gender? Regrettably she never mentions asexuality, but Plank explores how queer men experience masculinity in a variety of ways. Masculinity/heteronormativity is what influenced me, in high school, to make some half-hearted stabs at asking girls out. (Didn’t take.) I’m privileged in that it’s way more acceptable for me to be a bachelor than for women to be spinsters. Yet not being married doesn’t equate to not being expected to engage in sexual competition or to signal my sexual prowess.

And so it is that Plank’s thesis, her calls for mindful masculinity, appeals to me. I wish she foregrounded this far more than she does. It’s so important, this need for us to explore and redefine masculinity to fit men of all types. As I’ve drifted away from what is stereotypically expected of me as a masculine person, it has caused me to question a lot. I do not experience gender dysphoria, but sometimes I experience an overall body dysphoria—I am not particularly enthralled with embodiment as a state—and often I’ve wished for the ability to experience the world as different genders. Yet gender expression is different from gender identity, and despite my ambivalence towards having a body in general, I’ve never felt comfortable taking on a label like genderqueer, genderfluid, or agender. I am not exceedingly masculine, yet I feel like a man. I know I’m a man, and even when I choose to wear nail polish that doesn’t make me any less male, just as when a woman chooses to wear pants and have short hair she isn’t any less female. I do feel constrained by gender roles and expectations, as Plank articulates in a way that echoes Laurie Penny’s discussion of the straitjacket of gender in Unspeakable Things.

If there’s one takeaway from this book, I would hope that it’s mindful masculinity should be descriptive of good men, not prescriptive. That is to say, if I am a man, then what I do is masculine by definition—it’s my masculinity as consequence of my maleness. Otherwise, if we define masculinity as the external metric, then when measuring ourselves against it we will inevitably fall short. Let’s focus on being good, and on doing good, and use that to define our masculinity.

People who still subscribe to gender essentialism will not like For the Love of Men. You’ll notice a preponderance of the reviews on Goodreads panning this book comes from people whose views are essentialist or biologically determinist in nature. Plank challenges these ideas consistently and ardently throughout this book, but this is not the place to start if those are your hang-ups (try Delusions of Gender, not that I expect facts to change your mind). It’s also worth noting that she has Done The Research, both in terms of referring to scholarly studies and interviewing men from a variety of cultures. She examines the intersections of masculinity with sexuality, with race, with class, with colonialism. In some cases she only scratches the surface, but that’s ok—this should not be the zenith of one’s masculinity reading but rather a base camp from which to scale the next peak.

It might seem discordant to read a book about masculinity by a woman. After all, I said at the beginning of my review that, as a man, I’m trying not to take up space writing about feminism. Yet Plank’s role as author here is appropriate. Plank has to confront her own internalized notions of masculinity. In doing so, she unpacks how women are socialized to police masculinity just as we all police feminine behaviour. This makes For the Love of Men an extremely valuable book for women as well as men, as the friend who gave this to me discovered. And at no point did I feel like Plank overstepped, like she made some sweeping generalization about all men or all types of masculinity. She is very careful to acknowledge the plethora of perspectives and experiences.

For the Love of Men is a very solid book. It is diligently crafted, each chapter meticulous in its sources, it structure, and its substance. You can read it all at once, as I did, or come back to individual chapters from time to time to examine the specific facets of masculinity they discuss. In any event, this is a book that will make you think about the gender roles in our society. It will give you the tools to challenge your internalized ideas about gender, and to think about how gender influences our society at large. Most importantly, it is compassionate. Anyone who thinks this is a book attacking men, as some reviews claim, is very deliberately Missing the Point. For the Love of Men is true to its title: this is a book about saving men—and by extension, the rest of us—from the tyranny of toxic masculinity and delivering them into the arms of a more compassionate, more mindful masculinity. If we can do that, the world will be better for everyone. 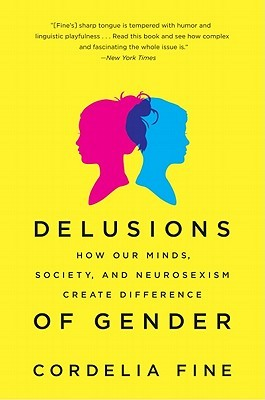 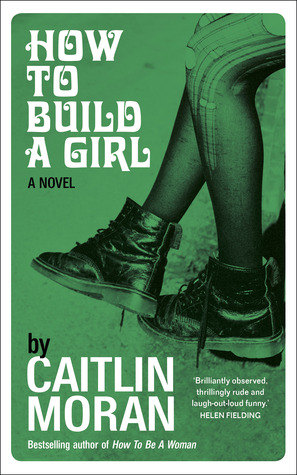