N.B.: Although I was planning to read it anyway, this book's inclusion of Indigenous perspectives made it an appropriate choice for my final assignment (a book review) in my Aboriginal Education class. As a result, I have written this with a focus on how this book furthered my understanding of Indigenous issues and applies to my teaching. I hope you find this perspective valuable even if you aren't a teacher. This is a rough draft, so comments are welcome. And be forewarned it's slightly more formal, with a lot more quotation-lifting than I usually practice in my Goodreads reviews.

The 7th of March, 2011 was the 100th International Women's Day, and The Globe and Mail commemorated the occasion by running two contrasting columns on the front page. One, by Stephanie Nolen, discusses the ongoing struggle for women's rights in the developing world. Next to it was Margaret Wente's piece, in which she argues: "The war for women's rights is over. And we won." She seems to be employing George W. Bush's definition of "mission accomplished here. I have no doubt the juxtaposition of these two articles was an intentional bit of sensationalism on the Globe's part. Yet it also emphasizes the privileged, white perspective the Globe expects to share with its readers. Nolen discusses the developing world as a far-off place, while Wente refers to "Western women" as a single, homogenous group, saying, "If you are a woman reading this newspaper today, you are singularly blessed. You belong to the freest, most educated, and most affluent group of women in all of human history." Her choice of words is stunning and only increased my incredulity at the entire article. Wente has some very interesting, very restrictive ideas about the type of women reading The Globe and Mail. And she couldn't be more wrong. The world may look very rosy from her seat at the table, but the war for women's rights—indeed, for the rights of women, Indigenous people, the poor, and ethnic and racial minorities in general—is far from over. Her claim that women have won the war echoed eerily in my mind as I read this passage from Feminism FOR REAL:

We're not really equal when we're STILL supposed to uncritically and obediently cheer when white women are praised for winning 'women's rights,' and to painfully forget the Indigenous women and women of colour who were hurt in that same process. (12)

In Feminism FOR REAL, Jessica Yee has collected the thoughts and expressions of a diverse group of people, attempting to combat the idea that feminism is a movement best left in the classroom and best left to affluent, white academics.

Feminism FOR REAL challenges the received wisdom of academic feminism. It does this in form as well as in content, for it is more than just a collection of essays. It contains informal articles that at times feel intimate and confessional; it has letters, conversations and interviews, and poetry. As Erin Konsmo says, "We choose to have a conversation in spirit of deconstructing academia and challenging the forms in which knowledge is accepted" (23). I find this appealing for several reasons. Firstly, discussions of contemporary feminism have become mired in theoretical frameworks that can do as much harm as good, for they contain biases and expectations that may not be realistic. Secondly, as a future teacher I believe it is important to challenge the way we teach and explore alternative methods of teaching, which might include "Two-Eyed Seeing" approaches that teach traditional Indigenous Knowledge alongside the Western curriculum. Yet I am also learning to recognize that an eagerness to decolonize Indigenous Knowledge and employ anticolonial teaching strategies can, if done improperly, lead to further appropriation and colonial behaviour. This is something Yee and her contributors are aware of as well.

As its subtitle states, Feminism FOR REAL wants to "deconstruct the academic industrial complex of feminism." Several contributors remark upon the gulf between theory and experience. In particular, the expectations of academia when it comes to discussing feminism can also be exclusionary, as Krysta Williams observes:

If so called 'radical' or 'progressive' people don't hear enough 'buzz' words (like feminist, anti-oppression, anti-racist, social justice, etc.) in your introduction, then you are deemed unworthy and not knowledgeable enough to speak with authority on issues that you have lived experience with. (30)

This is an issue I have been encountering quite often lately as I think about feminism and also about education. Megan Lee talks about how she saw "the same token superficial analyses of racism and classism" (85) in her women's studies classes. Coming from a poor background, she was conflicted about her participation in an institution that reinforces privilege, and notes that her mother "feared that I would become like the many privileged young professionals … who claim to understand the experience of being oppressed by virtue of their education and rely on the authority of their education to silence and ignore the actual experiences of oppressed people" (87). Although I do not share Lee's background, I also have concerns about my heavily theory-based education. I love theory and abstract thought, and I majored in mathematics not just because I love it but because it is a refuge from the real world. Yet I did not choose to go into an abstract career; I am going to be a teacher. I will be interacting with real people, each one unique in background and experiences, and I will be in a position of authority. Feminism FOR REAL and other books like it remind me that, while a useful component of study, theory can only get you so far.

The idea that a movement like feminism, which is supposedly all about equality, can actually be a vehicle of oppression and exclusion is troubling, to say the least. Of course, it is exactly the perception of feminism as a homogenous, unified movement that Yee and the contributors to Feminism FOR REAL want to dispel. Many of her contributors discuss this heterogeneity in the context of Indigenous rights. Reading about how some feminists reject the inclusion of Indigenous issues under the umbrella of feminism reminds me of Leanne Simpson's experiences with journal editors: "editors have consistently removed references to colonialism from my manuscripts because it is 'too off topic'". Similarly, Theresa Lightfoot takes exception to how non-Indigenous feminists often

treat being Indigenous as an "add-on".… Native women get the typical "oh those are Native issues" response, or we hear things like, "colonialism and its hang ups are too vast and broad for our scope and thus don't warrant inclusion." (106)

There seems to be remarkable resistance in the academic industrial complex to including Indigenous perspectives as a valid part of movements, fields of studies, and academic disciplines. We are content now to acknowledge that such perspectives exist, but we treat them as a separate field, as something "other." There is a latent expectation that Indigenous people will shelve their "Native issues" for the duration of discussions of women's rights, as if being Indigenous is a state one can suspend or put on hold when convenient. Referring to "2nd wave, white, middle-class feminists," anna Saini says,

What they cannot understand they discount, instead of ceding their control and leadership of the movement to play a supporting role empowering us to fight for our own self-determination (96)

and I think this is true of people in authority over movements in general. Jessica Yee labels this a form of "neo-colonialism" (96), and I would have to agree.

Feminism FOR REAL emphasizes that colonization, appropriation, and exploitation are not obscure phenomena relegated to our past. They are ongoing. Equality does not mean we treat everyone as "the same," especially when "the same" is all too often a code phrase for "everyone is white." Even when society acknowledges the Indigenous perspective (or any non-white perspective), it makes few attempts to accommodate that perspective, something that Golshan Abdmoulaie captures well in her poem about Muslim women when she says, "None of your dreams fit me" (71). It is with this awareness that I consider how I will confront these issues, especially as a teacher. I consider myself a feminist in the sense of Latoya Peterson: "(If) I think (about gender, access, and equality), therefore I am (by definition, a feminist)" (43). However, I am also a white male. In challenging racial and gender inequality, my goal is to be what Krysta Williams and Ashling Ligate call "an Indigenous ally (someone who supports you, and also challenges their own complicity in the system that produce [sic] harm)" (155). Hence, coming from this perspective, for me the strongest message of this book is that discomfort will be a natural part of the struggle to be an ally. It will not be abstract, theoretical discomfort: it will be real. It will be a part of my life and of my teaching.

As an example of how discomfort appears in teaching, consider the controversy in the United States over a new edition of The Adventures of Huckleberry Finn that replaces the N-word with "slave." The publisher argues that the former word makes modern readers uncomfortable with the book. I think such censorship absurd. Can you imagine if we skipped sections of Canadian history because the way European colonists treated Indigenous peoples makes us uncomfortable today? Challenging inequality in any form and learning to be an ally "is not easy, nor should it be. It is uncomfortable, and sometimes it hurts" (156). This is the most pragmatic and important lesson that Feminism FOR REAL has for me. Depending on your background and your experiences, you may find different lessons in this book—but I can guarantee you will find lessons. Like some of the contributors have confessed, I am not well-read when it comes to the canon of popular academic feminists, so I am not qualified to label this book "refreshing" or "revolutionary." But it is eye-opening, thought-provoking, and it does what it says on the cover: it is real, as in authentic, and that makes it worth your attention. 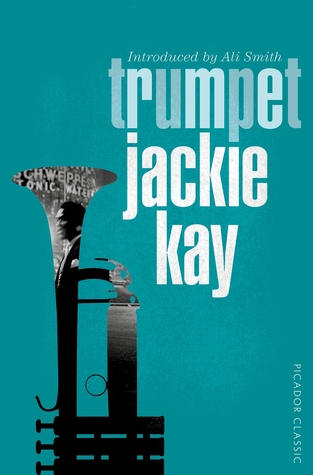