The Vagina Monologues is the February book for the Banging Book Club, run by Hannah Witton, Lucy Moon, and Leena Norms. It’s also the first book I’ve read for the book club, because I ordered January’s pick, Asking For It, on January 1 … and it only arrived from the UK yesterday.

Anyway, this is a tough one to review, for a few reasons—not all of them having to do with vaginas! For one thing, it’s one of those books that defies library categorization. It was in the non-fiction section of my library, but under 812.54 (which is Literature, not actually non-fiction). It’s a play, in a sense, but it’s based on Eve Ensler’s interviews with real women. So it’s fictionalized non-fiction, albeit probably not in the same sense of the “based on a true story” stories that you see in movies. Similarly, the fact that it’s a play makes it difficult for me to review as a book. I’m not a huge fan of reading plays in general, and The Vagina Monologues is not a straightforward narrative. Rather, it relies quite heavily on the type of performance a dedicated actor (or actors), alone on a stage among a hushed audience, could give. Reading these alone at home with a nice cup of tea was an intellectually fulfilling exercise but lacked much emotional resonance.

That lack of resonance might also be because I don’t have a vagina. Now, don’t get me wrong: I’m not saying men shouldn’t read this or can’t understand it. But let’s acknowledge up-front that people without a vagina are going to experience this book in a very different way from people with a vagina, and I can’t begin to speak to how that latter group will experience it. To a certain extent The Vagina Monologues seem reductive—they equate one’s womanhood with one’s vagina. I wonder how many women align their identity that way.

One thing I learned while reading this is how many women have never looked at/seen their vagina—either because it’s, understandably, difficult to do, or something they’re not interested in doing. This isn’t an idea, as a man, I had contemplated before. My junk is just kind of … there … hanging around, when it’s not otherwise restrained, for better or for worse. I see it whenever I’m changing or bathing.

So, for all these reasons, The Vagina Monologues as a cultural phenomenon makes a lot of sense. We have a puritanical, patriarchal aversion to discussing female sexuality and genitalia, and we need to change the channel on that—and fast. It’s messed up that young girls grow up thinking their bodies are gross or shameful or unacceptable when they simply are, and there’s nothing wrong with that.

Ensler makes it very clear that her vision for the play has grown over time, morphing from a series of “vagina interviews” to a more concerted effort to stop violence against women. Many of the monologues don’t just focus on women’s ambivalence about their vaginas but also the way others have violated or abused them. I mentioned before that I didn’t receive the same emotional charge I might have if I were hearing this performed. Nevertheless, some of the monologues were definitely difficult to read. In particular, Ensler manages to convey how many women who experience sexual violence feel dirty, unclean, or less whole as a result—they feel like they are the ones who transgressed, that even if they were not asking for it, somehow they let it happen. These are ideas I’ve run across before, but hearing them expressed in such a direct way is different.

With this in mind, I understand why Ensler chooses to include slightly more silly-sounding monologues, like the lists of clothing women’s vaginas might wear. It’s important that The Vagina Monologues, despite Ensler’s laudable focus on anti-violence messaging, includes body-positive aspects of vaginahood.

Still … the monologues that put, shall we say, a more spiritual emphasis on the whole exploring-one’s-vagina thing did not do much for me. And I’m not sure how much of that is the book and how much is my own, personal discomfort with embodiment in general. It’s not even vaginas—I’m just not really all that enthusiastic about corporeal existence as a general rule. The most spiritual experiences for me happen when I’m out of my body, engrossed by a book.

This “V-Day Edition” contains letters and materials from participants and organizers of V-Day across college campuses. These testimonials are interesting companions to the monologues proper, as various people explain what The Vagina Monologues or V-Day means to them.

It’s also a glimpse into what social advocacy was like before social media. The Vagina Monologues went viral before going viral was a thing (yay for hipster viralness!); social media makes it easier for these kinds of movements to take off very quickly, but very few of them have staying power. That this book remains talked-about and controversial after twenty years is fascinating, though I’m sad we haven’t seemed to make as much progress on giving women agency over their bodies as we should have. (I’m looking at you, United States, and your crazy hang-ups about old white dudes controlling women’s bodies.)

I can say unequivocally that we need more books like The Vagina Monologues. We need books that celebrate women’s bodies and that offer frank, sometimes joyous and sometimes painful, memories of women’s experiences. We need books that make talking about one’s body something acceptable, not shameful. I’ve got a few other books on my radar that are like that. However, your actual experience with The Vagina Monologues is going to depend a lot on your personal experience, your gender performance, and the way you frame your feminism (if any). Unlike, say, Unspeakable Things, this is not a book I’d recommend to everyone. With its monologues’ mono-topical focus, to the exclusion largely of issues of trans identity, asexuality, and race, The Vagina Monologues might be “feminist” in the way it transgresses the patriarchal norms around discussing women’s genitalia. However, its lack of intersectionality means that it will always only offer a partial, incomplete vision of how women relate to their genitalia. Ensler acknowledges this herself in her introduction (though she kind of handwaves it away as not a problem). Nevertheless, it’s a powerful for what it is. 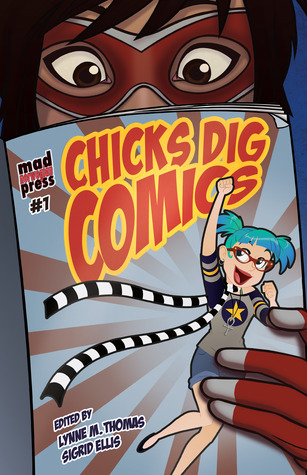 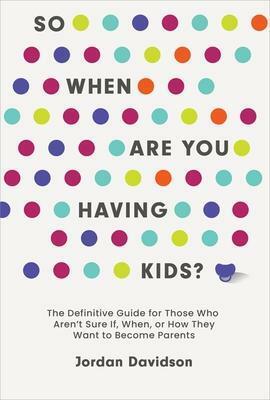