Every so often, you read a non-fiction book that just speaks to you, that sticks with you because it’s not just informative but because it fits your level of background knowledge and expands your understanding of a topic perfectly. Broad Band: The Untold Story of the Women Who Made the Internet is such a book for me. Claire L. Evans traces the development of the modern Internet from its precursors, the earliest mechanical and electronic computers, all the way to the present day—all through the lens of the women who computed, built, designed, programmed, and shepherded us into the Information Age. Evans not only smashes the myth that women don’t like computers or programming; she demolishes the idea that women are a recent addition to the tech world. As Evans demonstrates, women were here first.

Broad Band begins at the beginning. Evans goes all the way back to Ada Lovelace (I’m actually writing this review on Ada Lovelace Day—I should have timed this better so I could publish it today). I took the time to annotate and underline my copy of this book, because Evans just keeps saying it so well:

Women turn up at the beginning of every important wave in technology. We’re not ancillary; we’re central, often hiding in plain sight.

Evans goes on to demonstrate exactly how women were essential with each evolution and revolution of the tech industry. I loved reading about Grace Hopper and other early computer programmers. In particular, Evans notes about Hopper:

Years later, when Grace was an established figure in the new field of computer programming, she’d always assign the hardest jobs to the youngest and least experienced members of her team. She figured they didn’t have the sense to know what was impossible.

As a teacher, I love this. I love that mindset. But I digress—Hopper and the other early programmers did not have it easy like we do today. They were brilliant mathematicians who were then asked to translate their mathematical understanding into algorithms a computer, mechanical or electronic, might understand. Later, they were working with machine code. When I first started programming, I started with HTML and then interpreted languages like PHP and Python—I had it easy. Plus, because I was presenting as male at the time, no one gave me a hard time. Tall, white, and nerdy, everyone just assumed I was good with computers. But Evans belies that stereotype: not only have women always been “good with computers” (hell, the first computers were literally women), but they come from all walks of life and have a vast diversity of cultural, political, and social backgrounds. Women are not a monolith.

So Evans goes on to name-drop other significant individual women in STEM, even as we see the computer industry emerge from the post-war United States economic boom. She points out how “the professionalization of 'software engineering' marked a sea change in the gender demographics of computing”—i.e., once programming turned into a profession rather than simply a menial job, suddenly it became men’s domain instead of women’s, despite the nature of the task remaining the same.

Evans does not limit herself to the discussion of the “hard” aspects of computer science either. She showcases the pioneering efforts of women in building communities online. I was so entranced by the section on Jake Feinler, who ran the NIC in its early days and was essentially the equivalent of WHOIS and Google all rolled into one. This was a part of the history of the Internet I had literally never heard of before, and here it is, laid bare and told clearly and humorously by Evans and the people she interviewed. Similarly, I had never heard of ECHO or women.com or any of these other early ventures. I had never heard of Microcosm or early adventures into hypertext that pre-date the World Wide Web. Seriously, this book is so dense and rich with information yet so easy to read. And it highlights that how a story and history are told really affects the way people conceptualize our understanding of technology. The idea that “Tim Berners-Lee” “invented” the “World Wide Web” is such a gross oversimplification—and you don’t have to read this book to know that, but Evans provides such a rich context into these events, which were all happening when I was a young’un.

Also, I really appreciate that Evans highlights how the Internet and the World Wide Web did not become the utopian cyberspace dream that many people (of various genders) hoped it would be. She catalogues the seemingly inevitable decline of the frontier of the Web, pointing out that the Web didn’t fix our problems with community—we just brought those problems online with us. This might seem painfully obvious to those of us who spend too much time on places like Twitter these days, but it was not a foregone conclusion in the early days of the Web—and there are still too many people now who think that just one more brilliant technological solution, one more killer app, might somehow fix what is ultimately a social problem—we just love being jerks towards each other.

Similarly, Evans takes some time to acknowledge and include trans women in this discussion. She highlights the difficulties that some trans women encountered: even as the Internet made it possible for them to express their gender identity safely when it might not be possible to do so in their offline lives, if they were out as trans online, they could face exclusion from “women-only” spaces. Evans recounts one particularly difficult moment in the history of ECHO in this record. I wish she had done a little more—she could have mentioned people like Lynn Conway or Danielle Bunten Berry. I realize that perhaps she was limited for space, or perhaps she would prefer to leave that for an #ownvoices author—but trans women are women, and their stories and experiences in the “untold story of the women who made the Internet” are valuable and deserve inclusion. So, kudos to Evans for mentioning this topic, could do better next time.

Overall: for young millennials like myself, that generation born in the late 1980s/early 1990s who were old enough to embrace the Web pre–social media but are too young to appreciate its origins, Broad Band is essential reading. I can’t really comment on what people much older than me (people for whom this is contemporaneous history) or younger than me (the so-called “digital native” generation for whom smartphones have always existed) might make of this. For someone my age, someone with a more-than-passing-interest in the history of technology and computers and how this has shaped our society, Broad Band is just phenomenal. I learned so much from this book; it is so well-written; and it is such a great tribute to the plethora of women who have been erased, overlooked, or under-appreciated for far too long. 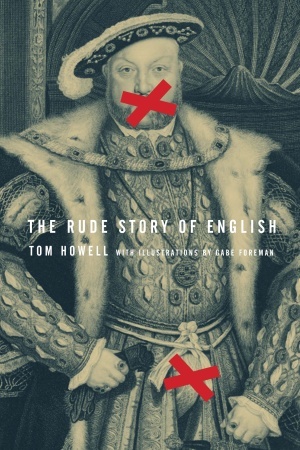