Anyone who has read even a smattering of my reviews probably knows a few things about me. First, I am a teacher. Second, I live in Thunder Bay, Canada, which unfortunately is a strong contender for one of the most racist cities in the world. Third, a large proportion of the adult students I teach in this racist city are Indigenous. So over nearly a decade, I’ve done a lot of learning about anti-Indigenous racism and colonialism for both professional and personal reasons. Unsettling Canada: A National Wake-Up Call has some things in common with the memoirs, such as Unreconciled, that I have read recently, but it is far more than memoir. It is Arthur Manuel’s telling of a history of struggle, in particular over the past sixty years, and the effort that Canada puts in to avoid acknowledging the rights and sovereignty of Indigenous peoples because it would be economically and politically undesirable.

Naomi Klein says in her foreword that “even those who are sure they know this material already will be taken aback by the originality o fhte legal and financial strategies described in these pages, and inspired by the hope they represent.” She is correct. While I would not describe myself as an expert in these subjects by any means, the learning I’ve been doing so that I can better discuss these issues in class and with others means I feel quite familiar with the general arc of Indigenous struggles in this country. Nevertheless, Unsettling Canada provides so much more background and depth, particularly to very recent history of the eighties, nineties, and early 2000s which I never learned. He goes into a great deal of detail regarding court cases and international attempts to get Canada to respect the rights of First Nations. Additionally, he explains the colonial origin of the band and elected chief system and how Canada has always done its best to pick and choose which representatives it deals with, squeezing First Nations so that they accept bad deals because it’s still better than starvation and poverty.

Right out of the gate, Manuel addresses the straw man argument that many erect when decolonization is brought up. No, he says, he doesn’t expect settlers to “go back” to Europe. “Land back,” a cry associated with decolonization, doesn’t mean giving up our tenancy of lands. It means acknowledging who had original title and stewardship of the lands, acknowledging First Nations, Métis, Inuit sovereignty—and most importantly, dismantling the current colonial structures (e.g., Crown land) that exist to prevent Indigenous peoples from exercising that sovereignty. Manuel isn’t saying that all white people need to be expelled from the country—but if we are truly to pursue reconciliation, we have to find a way to live together instead of living on colonial terms.

From there, Manuel advances the thesis that the Canadian federal government has, ever since it took over from British rule, consistently done everything in its power to dissolve Indigenous peoples as a political category and assimilate them into the idea of the broader Canadian population. That this still hasn’t happened after several centuries is perhaps one of the most powerful symbols of Indigenous resistance. But there have been casualties along the way, from political disarray to cultural loss as a result of institutions like residential schools and the outlawing of ceremonies via the Indian Act. Manuel carefully and systematically documents all the various tools that Canada has used to oppress Indigenous peoples. And it all comes back, as many others have also pointed out, to the land. Canada wants absolute control over the land, mostly to make money from resource extraction. The original peoples living on it? They are a problem, an inconvenience to be dealt with through legal fictions like the Doctrine of Discovery or more underhanded schemes like the White Paper. (If you don’t know what these things are, read this book.)

I also appreciate that Manuel recognizes the fundamental incongruity of the Supreme Court of Canada’s role as the arbiter between First Nations and the governments. Despite the Supreme Court often ruling in favour of First Nations and concepts like “Aboriginal title”—in part thanks to the hard work activists put in to ensure that Indigenous peoples were recognized in Canada’s repatriated constitution in the way they are, a history I wasn’t aware of—the courts are ultimately based on colonial, European traditions of law. I’m reminded of the “tired, wired, inspired” meme now, and this particular argument strikes me as a next level understanding of decolonization. A lot of us settlers get to a point of allyship where we recognize ongoing colonialism, but our privilege prevents us from understanding that the problem cannot really be addressed from within our existing political and legal systems.

That doesn’t stop people from trying, of course. And if First Nations lawyers or politicians can win some small victories here and there, all the more power to them. Nevertheless, Manuel is critical of the idea that Indigenous people have a place within existing Canadian political parties—and alas, I think most of the experiences of Indigenous politicians have borne that out. Every party pays lip service to the buzzwords of truth and reconciliation, but they are happy enough to keep fighting First Nations in court. As I read, I felt sad because none of the political parties are truly taking a radical stance towards decolonization—mostly because it would, unfortunately, be incredibly unpopular with the majority of (settler) Canadians. I suspect that Manuel’s evaluation is accurate.

The discussions of international conferences, trips to the United Nations, and other efforts to increase Indigenous solidarity around the world were also super interesting to me. I had a vague notion that these types of groups existed, but Manuel provides a lot more insight into what they have accomplished, especially in their involvement around the United Nations Declaration on the Rights of Indigenous Peoples (which is included as an appendix to this book). Canada’s failure to uphold UNDRIP is perhaps one of the most glaring examples of how reconciliation falls by the wayside when economics are on the line.

I used to be very naive and think that ignorance was the primary problem among settlers who didn’t grasp the extent of Canada’s colonialism—certainly, when I was younger, I was ignorant of it. That was by design. But as I was reading this book, I just couldn’t help but think, “Wow, all the puzzle pieces are right here, and Manuel is assembling them in front of my eyes.” When other settlers claim that colonialism is in the past, when they brush aside land defence at Unist’ot’en Camp as going against the wishes of the elected chiefs who “want” a pipeline, when they insist that Canada is reasonable now and First Nations aren’t … I can’t help but think that this goes beyond mere ignorance. It’s willful ignorance. If you are a settler in Canada in 2021 and you aren’t taking the time to learn about both the history of Canadian colonialism and its ongoing actions (like taking First Nations to court to challenge a Canadian Human Rights Tribunal ruling), that’s on you. All of these books are out there—for free, too, I borrowed this one from my library—and the University of Alberta has a free online course you can take as well.

Unsettling Canada provides a clear, detailed, essential overview of the intertwined history of Indigenous peoples’ struggles to assert their rights and the Canadian government’s obsession with refusing to recognize those rights. This is a book of specifics, and while much of Manuel’s fight focuses on the interior First Nations in British Columbia, this is a book that anyone living in Canada can benefit from reading. 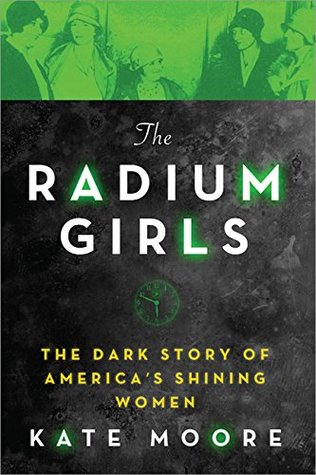