Last week, Atlantis lifted off for the final space shuttle mission ever. The space shuttle program is older than I am, and to be honest, it's overdue for retirement. The Challenger and Columbia tragedies underscored how cantankerous and dangerous this method of low-Earth orbital delivery can be. The numerous delays in the final flights of Discovery and Atlantis emphasized the fragility of the aging shuttle fleet. So we should not be mourning the loss of the space shuttle program, for it served its purpose and had its day: all good things and whatnot. Rather, we should be mourning the lack of a ready replacement. We should be ashamed that the last time someone walked on the moon was in 1972, almost thirty years ago. Since then, humanity has limited itself to skimming the surface of the Earth's atmosphere.

Troika is a compelling, perhaps even chilling novella set in the near future. The decline of the various national space programs has continued until only the new "Second Soviet" state is capable of mounting a crewed expedition to a Big Dumb Object (TVTropes) that appeared in the solar system in 1995. The Russians dub it the Matryoshka, owing to its nested structure of shells resembling the nested dolls of the same name. During its first two "apparitions" when it is close enough for robotic probes to reach it, the Matroyshka yields enough data to send astronomers and physicists scrambling for answers. Yet it remains tantalizingly inscrutable and … alien.

So far this doesn't sound like anything special. But this is Alastair Reynolds. I've only read two of his novels, one so long ago I barely remember it, and the other one was a great mystery set to the tune of a posthuman future. The Matroyshka is more than just another Big Dumb Object, and Troika, like the Matroyshka itself, comprises several nested levels of nuance that make it one of the best stories I've read this year.

It begins with the story's split into two time frames. First we have the escape of Dimitri Ivanov from an asylum outside Zvezdniy Gorodok (Star City). Dimitri was one of the three cosmonauts aboard the expedition to the Matroyshka, and after their return to Earth, all three were quarantined and held at the asylum. Now that he has escaped, he seeks out a discredited astronomer named Nesha Petrova, purely in order to give her an artifact he smuggled away from the Matroyska: proof that Nesha's theories regarding the object's origin and purpose were completely correct, despite the fact that the Second Soviet suppressed them. Half-mad (and he admits he went insane following his visit to the Matroyshka, claiming his insanity is what saved him) and aware that his escape from the asylum is futile, Dimitri tells Nesha (and us) about what really happened on the expedition.

Dimitri is the last member of the crew left alive. The government quarantined them at the asylum because of radiation posioning. Although their exposure was real enough—and lethal in the case of Ivanov's two comrades—the government had other reasons to want them locked away. Their visit to the Matroyshka altered Dimitri, Yakov, and Galenka on a fundamental level in a way that scared the government. It didn't mutate them into hideous alien monsters or give them superhuman powers, but it affected their identities and individuality in a way that the perfect communist state of the Second Soviet Union could not accept.

Even as he unspools a story about an encounter with something beyond human comprehension, Reynolds provides commentary on the flawed concept of a utopian state, especially such a state as embodied by communism. There are some pointed conversations between Dimitri and Galenka regarding the expectations of their superiors, as well as Dimitri's observations that: "I had been a cosmonaut for much longer and I had seen how our superiors punished failings. The best you could hope for was incarceration. The worst was returning to your office to find a loaded revolver and a bottle of vodka." You get the idea that this is in fact the antithesis of the bright and shining beacon of inspiration and hope that most stories, and most histories, make spaceflight out to be. It's dirty, political, and even a bit dreary.

Dimitri is a textbook unreliable narrator, self-confessed to have been insane at one point, if not still insane, so we can't necessarily take his story at face value. But he is convinced that the Second Soviet will fall within his and Nesha's lifetimes, that the Matroyshka is a sign their nation is "on the wrong track" and that humanity must return to the stars. And of course, a nation that prides itself as having achieved the pinnacle of human governance can't very well entertain the notion that it is merely a step along the way to that pinnacle—that it is, in fact, a wrong turn. So they bury Dimitri and bury his speculations, and Nesha's theories, about the Matroyshka's origin, purpose, and meaning.

There's also a deep connection to music, particularly Russian music. This novella's title refers to the piece of the same name by Prokofiev, itself referring to a three-person Russian folk dance. (If you aren't familiar with it, take a listen. I bet you have heard it or variations used elsewhere.) I don't think it's a coincidence that the expedition to the Matroyshka comprises three people. As much as I love Russian composers, Prokofiev included (Tchaikovsky might be my favourite composer of all time), I'm not familiar enough with the history and the culture to be comfortable speculating about the meaning behind Reynolds' choice here. If I had to take a shot in the dark, though, I'd guess that the piece's upbeat tone is supposed to be ironic in the face of the Second Soviet's oppressive actions and the poor state of spaceflight in general. "Troika" is triumphant and hopeful, symbolic of everything that is to come if Dimitri is, indeed, correct in his beliefs.

Then, at the end of Troika, Reynolds hit me with the TWIST. I didn't see it coming. Maybe I should have done; maybe you, if you read this, will recognize the foreshadowing that eluded me and smile knowingly as Reynolds springs the TWIST upon you. I was not so lucky, and the TWIST devastated me. It was clever, consistent, and utterly mind-blowing. Some TWISTs fail so hard they demolish all the hard work of the author (not to mention the investment of the reader). Not so here. No, with this revelation, the entirety of Troika and its themes crystallized, and the novella truly became something special. It leads into an ending that is so sad—and yet so perfect. Troika moved me profoundly, especially at a time like this, when our commitment to spaceflight and space exploration is wavering. Troika is a warning. It is also an amazing story.

Some might argue that the future of spaceflight is better entrusted to robots, who are more suited to the vagaries of vacuum. And that argument has merit. Yet just as the shuttle program has no clear replacement, the elderly Hubble telescope's successor, the James Webb Space Telescope, is on the chopping block. This is a project into which billions of dollars have already been sunk, money that will have been spent for nothing if the telescope program is cancelled. But I'm more worried about what will happen when the Hubble goes dark with no new-and-improved replacement. I belong to a generation that has never seen a live television broadcast of someone walking on the Moon. Will the next generation be one that never sees a new image taken by a telescope in space? Will we gradually turn away from space, turn away from the majesty and near-infinite wonders that the wider universe makes available? In the twentieth century, we reached out so far. I would hate for it to have been all for nothing. 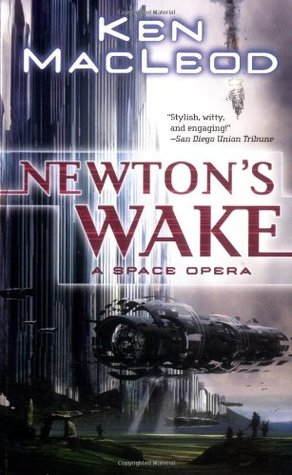 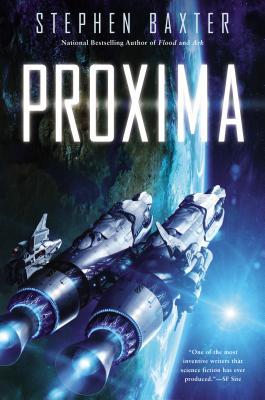