These people are oddly obsessed with putting bathrobes on after showering. She used his bathrobe, so he had to settle for a towel—what, you don’t towel off and then put on a bathrobe?

I was hesitant to borrow this from the library—the description screamed “generic pseudo–science-fiction thriller.” Neverthless, I resolved to give it a chance. I swear I didn’t notice that John Scalzi had blurbed it until I started reading. And it makes sense that Scalzi would blurb this, because it’s in his wheelhouse—but neither Steven Brust nor Skyler White writes it the way Scalzi does. The Incrementalists is a bizarre mix of John Scalzi and Tim Powers (I like one and not the other, but it’s the worst of both, so don’t take this as a recommendation).

Now, I love me some Scalzi, but I’ll happily admit that there are things about his style I don’t like. He writes great, snappy dialogue—a lot of great, snappy dialogue. Too much, sometimes, to the point where all of his characters just feel so snappy and sarcastic and witty that they fade together. Scalzi is not a hugely descriptive writer. And that’s OK—not every writer needs to be descriptive or should be. And I get that thrillers, as a genre, tend to be lighter on description and heavier on dialogue and action. The fact that I only enjoy this occasionally, like I only occasionally enjoy a whipped topping dessert, is one reason I don’t read them that often.

Unfortunately, The Incrementalists seems to reside towards the lower end of the scale. It’s particularly nondescript, except when it gets way too descriptive. I just opened to a random page (303) and was confronted with this gem:

He was all that mattered. The taste of his mouth on mine, the solid unyieldingness of his body that my body wanted to wrap and mold and form itself around. Everything else felt irrelevant and trivial to me, and we almost shedded our clothes trying to get free of them fast enough to fill our hands and mouths with each other again. There was no fear, no pulling away or even holding back, nothing reserved or restrained or considered. His hands hurt me, and I wanted them to. His mouth took from me and I wanted nothing left behind.

This is only really a problem when it comes to the scenes in the Garden, where description is everything. I admit I’m not the best person to critique stuff like this, because I don’t visualize places as they are described when I read. But everything about this book just seems like a confusing mish-mash of same-same.

Even Ren and Phil feel very similar. The first-person perspective jumps between them within chapters. Now, I recently ran across an identical narrative device in Trouble. It worked fine there, because Pratt managed to differentiate between the two main characters. Here, I often forget whether Ren or Phil was the narrator, reminded only if the other character was in the scene and being referred to in the third person.

The basic premise of The Incrementalists is great. It’s like reincarnation lite—personality continuity suspended in a kind of symbiosis, with an agenda on top to “make the world better.” I liked it, and I genuinely liked how Brust and White handled the concept. Even the plot—Celeste, a recently deceased Incrementalist, is running a Xanatos gambit (TVTropes) that could destabilize the entire operation—is fantastic. By all rights, this should be a fun thriller.

Other than the stylistic and narrative issues, though, I just feel let down by the execution of that plot. The main characters spend far too much time sitting around talking about the Garden, explaining the Garden to Ren, “grazing” in the Garden, or mumbling pseudo-scientific stuff. It’s all very Roger Zelazny (or, as I mentioned, Tim Powers), in that it’s the magical realist equivalent of science fiction. But the most tense moment has to be when Celeste and Phil are at odds over a gun—that was exciting. The rest of the book is just work trying to follow the meandering, sometimes thorny explanations that Brust and White serve up to shore up an increasingly fractured “magic” (for lack of a better term) system.

Look, if you have a higher tolerance for this type of novel, you might enjoy this, just as I have a much higher tolerance for the pedantic hard SF technobabble of Alastair Reynolds than a lot of other people just as, if not more, intelligent as me. To each their own, right? But just because other people might enjoy this novel doesn’t mean it’s well-written or even all that good, in the same way that a serviceable cup of Tetley orange pekoe tea is nowhere near as good as loose-leaf. I drink the former pretty often when I’m too lazy to steep it properly—but I don’t pretend it’s amazing. 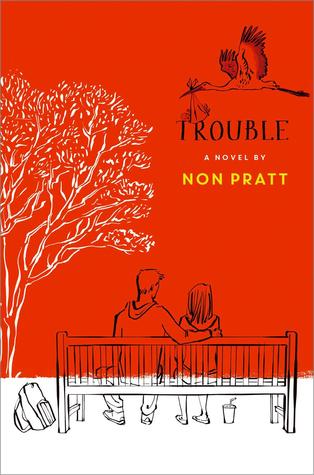