I kind of want to cut this book in half, praise the first part, and stick the second part in some corner to gather dust. Not that the second part is bad, mind you; the entire book is well-written and obviously the product of someone who knows their field. There’s just a lot of it. Thinking, Fast and Slow is kind of like a guest who shows up to your party and then dazzles everyone with an impromptu, 15-minute oration on the geopolitical situation in South Ossetia; and, everyone applauds and turns to go back to their own conversations, only for the guest to launch into another story about the time they parachuted into the Balkans to break up a nascent civil war, a story which is followed quickly by a similar tale of a visit to Southeast Asia…. Well, I think you catch my drift. Daniel Kahneman spins an interesting tale of human psychology and the way our brains interpret and act on data. But the book overstays its welcome by a few hundred pages.

Kahneman’s thesis breaks our decision-making systems into two pieces, System 1 and System 2, which are the respective “fast” and “slow” of the title. System 1 provides intuitive judgements based on stimulus we might not even be conscious of receiving; it’s the snap signals that we might not even know we are acting upon. System 2 is the more contemplative, cognitively taxing counterpart that we engage for serious mental exertion. Though often oppositional in the types of decisions they produce, Kahneman is keen to emphasize that it’s not about System 1 versus System 2. Instead, he’s out to educate us about how the interplay between these systems causes us to make decisions that aren’t always rational or sensible given the statistics and evidence at hand.

Kahneman takes us through an exhaustive tour of biases and fallacies people are prone to making. He talks about the halo effect, affection bias, confirmation bias, and even regression to the mean. As a mathematician, I liked his angle on probability and statistics; as a logician, I appreciated his brief segues into the logical aspects of our contradictory decision-making processes. Lest I give the impression Kahneman gets too technical, however, I should emphasize that, despite its length, Thinking, Fast and Slow remains aggressively accessible. There are a few points where, if you don’t have a basic grasp of probability (and if Kahneman demonstrates anything, it’s that most people don’t), then you might feel talked over (or maybe it’s those less-than-infrequent, casual mentions of “and later I won a Nobel Prize”). But this book isn’t so much about science as it is about people.

There are two other things I really appreciated about this book, both of which are related to psychology. I’m a fairly easygoing person, and I don’t always like to make waves, but sometimes I like to make some trouble and argue with some of my friends about whether psychology is a science. The problem for psychology is that it’s actually a rather broad term for a series of overlapping fields of investigation into human behaviour. On one end of this continuum, you have Freud and Jung and the various psychoanalysts who, let’s face it, are one step up from astrologers and palm-readers. On the other end, you have the cutting-edge cognitive psychology informed by the neuroscience of MRIs, split-brain studies, and rat research. So claiming that psychology is or isn’t a science is a little simplistic, and I’m willing to grant that there are areas within psychology that are science. For what it’s worth, Kahneman went a long way to reinforcing this: it’s clear he and his collaborators have done decades of extensive research. (Now, yes, it’s social science, but I won’t get into that particular snobbery today.)

The other thing I liked about Thinking, Fast and Slow is its failure to mention evolutionary psychology. Once in a while, Kahneman alludes to System 1’s behaviour being the result of evolutionary adaptation—and that’s fine, because it is true, almost tautologically so. But he never quite delves into speculation about why such behaviour evolved, and I appreciate this. There’s a difference between identifying something as an adaptation and determining why it’s an adaptation, and I’m not a fan of evolutionary psychologists’ attempts to reduce everything to the trauma of trading trees for bipedalism … I’m willing to admit I have an ape brain, but culture must count for something, hmm?

I suppose it’s also worth mentioning that this book reaffirms my supercilious disregard for economics. According to Kahneman, stock brokers and investors have no idea what they are doing—and some of them know this, but most of them don’t. Economists are, for the most part, highly-trained, but they seem bent upon sustaining this theoretical fantasy land in which humans are rational creatures. Aristotle aside, the data seem to say it isn’t so. I occasionally try my hand at reading books about the economy, just so I can say I did, but they usually end up going over my head. I’m a mathematician and I don’t get numbers—but at least I’m not the only one.

So Thinking, Fast and Slow is genuinely interesting. I learned a lot from it. I would rate it higher, but I was starting to flag as I approached the finish line. Truth be told, I skipped the two articles Kahneman includes at the end that were the original publications about the theories he explains in the book. I’m sure they are fascinating for someone with more stamina, but at that point I just wanted to be done. That’s never good: one of the responsibilities of a non-fiction author is to know how to pace a book and keep its length appropriate. Too short and the book is unsatisfying—too long, and maybe it’s more so. And I think this flaw is entirely avoidable; it’s a result of Kahneman’s tendency to reiterate, to circle back around to the same discussions over and over again. He spends an entire chapter on prospect theory, then a few chapters later he’s telling us about its genesis all over again, just from a slightly different angle. Like that party guest, Kahneman is full of interesting stories, but after telling one after another for such a long period of time, it starts sounding like white noise. And he ate all those little cocktail snacks too.

I inevitably ended up comparing Thinking, Fast and Slow to How We Decide, a much slimmer [editor note 2020: and apparently plagiarized] volume along much the same lines as this one. Whereas Lehrer’s focus is on the neurology behind decision-making, Kahneman is more interested in the psychology. Both books boil down to: we suck at automatic decision-making when statistics are involved; therefore, we behave less rationally than we believe we do. Lehrer explains why things go wrong, and Kahneman categorizes all the different way things go wrong. In many ways the books are complementary, and if this is an area of interest for you, I’ll recommend them both. For the casual reader, however, Thinking, Fast and Slow is a rather dense meal. By all means, give it a try, but take it slow. 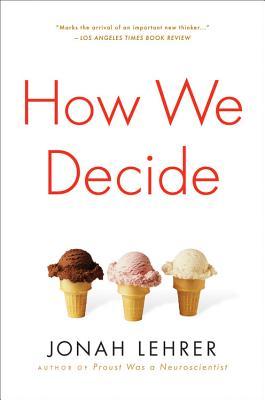 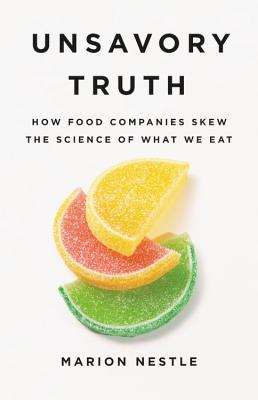 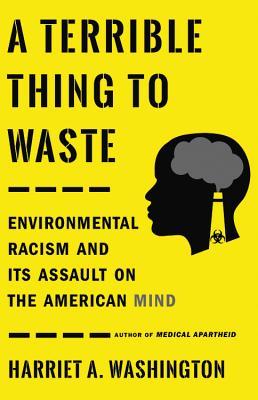