I didn't realize that The Master and Margarita is an "unfinished" masterpiece, complete in its narrative but still unpolished prior to Bulgakov's death. As with any published unfinished work, there's a certain amount of third-party editing that will alter the interpretation of the text. To compound this problem, I'm an Anglophone reading a translation from Russia. I'm not as familiar with Russian literature or Russian history as I could be. As a result, a great deal is lost in translation across the barriers of both language and culture.

This book is rife with allusions literary, cultural, and musical. Bulgakov constantly makes plays on words that refer to Russian writers and poets with whom I'm not familiar, as well as incorporating aspects of poems and works, like Faust, that I haven't read. By reading the notes at the end of this edition, I get the idea that there's a great deal of irony at the expense of the Soviet regime in 1930s Russia—again, it was difficult for me to appreciate that on my own. I feel like this is a book full of subtext I can't comprehend at this point in my life. That's nothing to be ashamed about. I'm young, and I'm sure that as I grow older, I will re-read books and discover new elements to them that went undetected before. Still, it's frustrating, especially in something as sublime as The Master and Margarita.

Of course, those eponymous characters don't actually show up until later in the book. First we get to see the effects of the devil's visit to Moscow. Indirectly or directly referred to as "the devil" and "Satan," Woland isn't necessarily "evil" in the absolute moral sense of the word. He's a trickster and a tempter, but from the perspective of some people, like Margarita, he's an omnipotent saviour. He represents darkness, yes, but a darkness that must exist so that we may also have light—an embodiment of a dualistic philosophy at odds with the overt Christian nature of the mythology in this book. This is not merely a story about a sympathetic devil character; it's a decontextualization of the devil as part of the Christian mythos. Bulgakov does this partly to evince religious themes, but I suspect it's more to satirize Soviet society.

Investigators conclude that the inexplicable events in Moscow during Woland's stay were the result of a group of highly-skilled foreign hypnotists. The sheer absurdity of the previous sentence should drive home the gleeful way in which Bulgakov prods at the strange bureaucratic creature that was his government. Everything must be explained, rationally and according to the proper procedure, even if the explanations eventually offered are nonsensical and absurd. Everything has its place in the grand scheme.

As the epilogue puts it, referring to the characters in the narrative, "Absolutely nothing happened to them, nor could it have since they never existed in reality." There's a twin meaning to this sentence. Nothing happened, because some of the events depicted in this story border too close to criticism of Bulgakov's government, something that would have met the heavy hand of the censors. This is an utter and complete work of fiction, a dream of a character who himself is fictitious. At the same time, it emphasizes the categorical denial by the government that anything supernatural could be responsible for the disruptions in Moscow: the official Party line is that God doesn't exist, so neither does the devil.

The devil isn't the only one treated sympathetically here. Pontius Pilate is portrayed in a sympathetic light through chapters from the Master's destroyed manuscript. Here, he's just this guy, you know? Doing his job. Managing people, networking, joining Facebook groups—er, I mean, interrogating prisoners. We get the sense that he actually believes Jesus is a harmless guy, a genuinely nice guy, but Pilate has to execute him anyway, because he spoke out against Caesar (notice the parallels to 1930s Russia). I loved this version of Pilate, finding in him a kernel of nihilism that would ordinarily seem out of place in a book about Christianity. Pilate is a tragic character, neither saviour nor saved. He is offered no potential for redemption, forgiven only by the grace of Margarita after nearly 2000 years of limbo. And, as with most of the ill-fated characters in this book, Pilate didn't stand a chance. Fate was gunning for him, just as Fate was gunning for Berlioz, for Bezdomny, for the Master himself until Margarita, again, stepped into the fray. So what about the Master and Margarita? When they finally grace us with their presence, were they worth the wait?

The Master is a fairly undeveloped character. We don't learn his real name. All we know is that he's an artist who managed to earn the undying devotion of the beautiful, capable Margarita. And he wrote a novel about Pontius Pilate that eventually resulted in him being committed to a psychiatric institution. In terms of plot, he exists mostly so Margarita can save him. And I suppose he provides some interesting information to Bezdomny. Thematically, the Master represents the persecuted writer. There's a sense of the despair that, even if an author is permitted to write certain works and promised little censorship of them, he or she still exists in an intolerant, suspicious society, and thus his or her work will always suffer and be constrained. The Master is constantly struggling not just for freedom but for an understanding of what form that freedom will take. He frees himself of any name, save the honorific given to him by Margarita. He frees himself from society by entering a psychiatric clinic. He is freed from life and from Moscow when Azazello "kills" him. Perhaps most notably, he frees himself from the one thing in his life that has consumed everything else, the novel about Pontius Pilate. He burns the manuscript, only to discover that "manuscripts don't burn," and have it restored to him by Woland—a very romantic condemnation of censorship if ever there was one. The Master reinvents himself almost as often as Woland and his demonic associates do.

Margarita reinvents herself one major time, becoming a witch to save her lover. But we get glimpses of previous transformations as we learn how unhappy she was with her life as wife to a well-off man. The Master changed that for her, and with him gone, she has little for which to live except the hope that he may one day reappear. The fact that Margarita seizes upon any chance to help the Master, even if it means making a pact with the devil, instantly makes her one of the most human characters in this narrative. Margarita is neither innocent nor pure; however, she consistently acts on behalf of others rather than herself. When granted a boon by Woland, she first asks for another rogue to be spared her eternal Sisyphean torment. She then asks for the Master to be returned to her—selfish on the surface, but remember that she believes he will genuinely be happier with her than elsewhere, and such is the case.

Their happy ending is not the only happy ending, if the narrator is truthful. Woland's merry little group—and more the members of the group than Woland himself—cause a good deal of disruption in Moscow, burning buildings and scattering fake notes and, heaven forfend, foreign currency! They ruin some lives, but the actual body count is quite low. And the epilogue insists that the majority of the characters whose lives are deranged in this story end up the better for it, finding niches in which they are happier. Again, is this really the work of the devil? Woland is, more than a straight avatar of the devil, the embodiment of chaos more often just disruptive than harmful.

The Master and Margarita is dense but not dull. It's not light reading, in that there's enough subtext to keep you thinking about it long after you're finished the book. At the same time, there's genuine wit and irony in here, of the kind that demonstrates humour isn't just for comedy. This is a book very much a product of its time and of that time's politics that is very much relevant in any time with any politics. 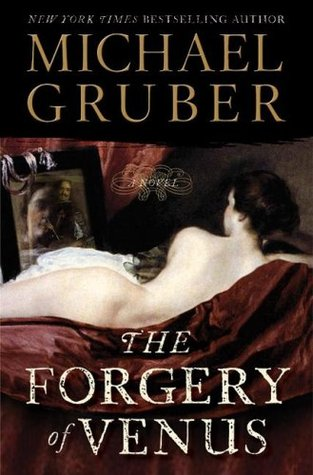