ONE DAY IN THE LIFE OF IVAN DENISOVICH by Aleksandr Solzhenitsyn ★★★ | Kara.Reviews
Start End

It’s books like One Day in the Life of Ivan Denisovich that make me glad I don’t do video or podcast reviews, because I cannot pronounce Aleksandr Solzhenitsyn’s last name. Indeed, as is often the case with books originally written in a language one does not speak, names of people and places would be a huge problem in this review. I don’t know how difficult a translation this was for H.T. Willetts, but I can imagine. In addition to reconciling the censorship performed both before and after Solzhenitsyn submitted this manuscript, Willetts had to contend with a uniquely dull story.

That might sound odd considering the positive rating I’m giving this, but stick with me.

The conceit of this novel is that it is literally one day in Ivan Denisovich’s (or Shukhov as he’s called throughout the book) life as prisoner Shcha-184 in a Soviet prison camp. And, short though it is, the novel still covers Shukhov’s entire day in great detail. So as far as plot goes, it’s dull. That’s an accurate description. There are no dragons here, not even any fights. It is just a straightforward accounting of the drudgery Shukhov faces. And that is entirely Solzhenitsyn’s intention and why this book is so successful.

Most novels work by amping up the drama, by exaggerating and exacerbating. Like a Hollywood movie, they often rely on gimmicks and scenes pitched and calibrated for maximum emotional impact. They are, after all, written by storytellers—those consummate and inveterate pathological liars whose only joy comes from repeating things that aren’t true.

Solzhenitsyn takes it in the opposite direction. The point here is that this isn’t just one day; this is pretty much every day for Shukhov. He wakes up, rolls out of bed, has a meagre breakfast, is force-marched to work in some godforsaken, cold place outside of the camp, and then force-marched back in the evening for an even more meagre dinner. Don’t bother trying to count the days until your release, because they’ll just slap another sentence on you. Don’t hope for a better future or spend too much time dwelling on how you’ll make a living and support your family when you get out—those things are too far gone. Just keep your head down and focus on making it through the day.

If that sounds bleak, that’s because this kind of is. It is a Russian novel, after all!

But actually, One Day in the Life of Ivan Denisovich is not bleak or tragic in the sense of Tolstoy’s work. It isn’t reassuring either, of course, or upbeat. It’s more resigned, though, and it reminds us that when dealing with hardship, perspective is often vital to our survival. This is just one Iay in Shukov’s life—and while the form remains the same, the substance can vary. At the end of the book, he reflects upon how this was a good day. Some of his days are much worse.

Just think about that for a moment. You’re sentenced to twenty-five years in prison, with every chance that you’ll be sent back to prison on another set of trumped-up charges. You get inadequate nutrition. You have to scheme for every extra scrap and be careful to keep yourself in good health, not to mention on the good side of your gangmates. And if you don’t get caught with a piece of metal that might have been a knife, if you get a little more to eat than normal, then that is your definition of a good day. That is your new normal.

I’m sitting on a couch right now, in a house with electricity and WiFi, typing this on a brand new laptop that is frankly terrifyingly fast and light. There are people who live Shukhov’s life, or some variation thereof, in this world, at this present moment.

So this novel is a stark, unvarnished, simple portrayal of life without a horizon. It’s Of Mice and Men for the Russian gulag: these guys are never going to have their cabin and pet their rabbits. It’s a reminder that for all the small, unfortunate things that happen throughout our day, our lives could be worse. I also want to talk about how it chronicles, as a kind of historical footnote these days, the perversity of the corrupt Soviet penal system. But considering how messed up the penal system is in so-called “civilized” Western states, I think that’s a bit … optimistic. These prison camps haven’t disappeared, just metamorphosed into newer, fresher hells.

It’s in this sense that One Day in the Life of Ivan Denisovich is still relevant. Solzhenitsyn’s observations are simple and to-the-point. There is little embroidery here, yet this starkness is in itself a kind of poetry. This is a book that is beautiful because of its simplicity. While it’s not interesting in the sense of providing excitement, it is still rewarding and fascinating. I don’t envy Shukhov, and I’m glad I happen to be lucky enough to have the privilege that I do. Reading books like this reminds me of that privilege, however, and why we need to keep fighting for democracy—even if we think we have it already on paper. 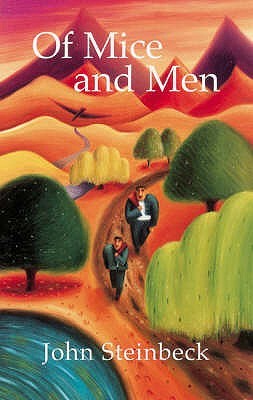