There are a few different types of people who read War and Peace. I am some of them. I am a rigorously-educated, uber-literate intellectual who lives high enough up the ivory tower to get nose bleeds but not so high that I need an oxygen mask. I am intensely but not indiscriminately interested in history—not just the particulars of history, mind you, but the ways in which history happens. I take perverse enjoyment from carrying 600 g (actual mass of this book) novels from place to place and figuring out new and inventive ways of juggling the book and a cup of tea while simultaneously trying to turn a page without snapping the book’s spine (or mine, for that matter). And, finally, I am interested in war, and I am interested in peace. So this book is kind of a no-brainer for me.

I realize that a few people in this world do not share the entirety of my life experience and world view, however, and as such might not fully appreciate the majesty of this novel. Indeed, some might downright loathe and despise it to its very core—others might just feel a kind of contemptuous indifference, similar to how I feel about cooked fruit on pizza. And I get that. Marketing and tradition have cast War and Peace into the form of a novel, and so people read it with the expectations we have for novels (and especially modern novels). It is nothing of the sort, which disappoints most people.

I don’t think that War and Peace is difficult to read, but I’d agree that it is difficult to enjoy. Reading it, like a lot of so-called “great literature” can be an undertaking. War and Peace is more of an intricate collection of connected plots and philosophical treatises bound within the scope of a span of years at the start of the nineteenth century. It’s Tolstoy’s attempt to interrogate both a specific period of Russian history as well as the philosophy behind history itself. To do this, he fictionalizes some characters—most notably, Napoleon and Alexander I—and creates a vast cast of new ones to tell the stories he thinks will help him explore these topics. And while this book is neither as confusing nor as dull as its ponderous weight and aggressively small print might signal, it has a certain authentic convolutedness about it that doesn’t help the uninterested reader.

What I’m trying to say is that War and Peace might end up defeating you, and there is nothing wrong with that. The same could be said for Lord of the Rings (and I personally am completely unable to muster any enthusiasm for Catch-22). I am not going to try to convert anyone here, but I am going to rhapsodize about why I have enjoyed War and Peace so much. Though not one to jump aboard the hyperbolic bandwagon proclaiming it “the greatest novel in any language” (as my Penguin Classics edition does, adding that “few would dispute” this), I’d go as far as declaring this a damn good book.

Another reason that War and Peace can be difficult to joy is its chimeric makeup. Perhaps unsurprisingly, parts of this book deal with war and parts with peace. Some parts are devoted almost exclusively to the intrigues and relationships among Russian aristocrats—who is courting whom, who needs to borrow money from whom, etc. Other parts follow the exploits of some of these aristocrats on the battlefield, engaging the French (or decidedly not engaging, as the case may be). Tolstoy shifts settings and timbres so effortlessly that this, along with his amazing characterization, demonstrates why so many regard him as a great writer in, to borrow from that awful Penguin quotation above, “any language”. It also means, though, that every few chapters the book suddenly decides, “Hey, I’m going to change topics now!” and anyone not very interested in the other topics is left out in the cold.

I’ll confess that the “war” parts of War and Peace didn’t interest me as much as their “peace” counterparts. I think this had a lot to do with the way Tolstoy would drone on for pages at a time, particularly during the introduction of a new part, about various philosophies of history and warfare and military strategy. I imagine the effect is similar to having a somewhat bearded Russian professor in the same room as me for several hours a time (along with a kindly British woman translating idiomatically). The epilogue is the most egregious example of this: Part One is a depressing glance at our surviving main characters, eight year on (more on that in a moment); Part Two could very well live on its own as an essay on the philosophy of history. It is connected to the book only insofar as it is about war and peace.

I did enjoy Tolstoy’s portrayal of the different attitudes towards war through different characters. As Andrei Bolkonsky, Nikolai Rostov, and Boris Drubetskoy march off to war, their experiences differ wildly. Moreover, each of their attitudes change drastically over the course of their brush with war. Andrei starts off naively idealistic about his potential for heroism, but a brush with death causes him to retreat from the world of war and peace for quite some time. Nikolai is disdainful of war, for the most part, but not interested in becoming a diplomat. He’s in it for the political distinction it will bring, and yearns for a chance to get noticed by the Tsar. Boris lies somewhere in the middle of the spectrum. He has ambitions (somewhat foisted upon him by his overbearing mother) to rise high in whatever fashion possible. In fact, Tolstoy’s treatment of Boris is rather dismissive: he marries well and then disappears.

I’m most intrigued by Andrei’s character arc. His personality has been heavily influenced by his reclusive and incorrigible father, who withdrew from court life after being snubbed by the previous emperor. Andrei has high ideals and a tight code of honour; he also seems to genuinely love his wife. He hates that he has to abandon her when he rides off to war, but he is thrilled by the prospect of leading men into a heroic, triumphant battle. Tolstoy constantly describes how Andrei has his eyes open, ready to seize the day at any moment. Then his time finally comes—and though he is every bit the hero he wants to be, he very nearly dies. Andrei mellows out, returns home, and swears to live his life in contemplation. Yet Tolstoy has other plans, and later Andrei finds himself in the military again. In many ways, Andrei’s arc is a synecdoche of imperial Russia’s experience with the Napoleonic Wars: at first the military and aristocracy are eager to fight Napoleon, who seems like a worthy foe; then they are tired, weary, and ready for peace; when he breaks that peace, they rise reluctantly only to find their old fire has never left them.

It’s important to remember that this is truly a work of historical fiction, that Tolstoy is writing some fifty years after the events in this book. He possesses the benefit of hindsight, of other resources and research that provide perspectives on the various “great men” involved in the wars. Yet he doesn’t glamourize the Russian army or gloss over the division within the military. He frankly depicts the political in-fighting among supporters of various generals and the massacres, routs, and various other defeats that resulted from the poor and half-baked plans this in-fighting produced. There are some, but very few, actual battle scenes. His is a war full of maps and marches. And this seems appropriate for a period of hostility that dragged on, vacillating between peace and war more than once, and ending only after Napoleon’s miscalculations and the Russian army’s good luck at miscommunication.

Meanwhile, the “peace” part of War and Peace offers fascinating insights into the life of Russian aristocracy at the time. Though Tolstoy does not give his women characters quite as much page time as some of the men, they are three-dimensional in their own right. Natasha Rostov, who begins the book enamoured of Boris and certain she will marry him, changes quite a bit. As she grows up, she has to deal with her attractiveness and the type of men who orbit her in society. She becomes engaged, breaks the engagement, pines for her lover, grieves for her once-betrothed, and so on. With each episode, Tolstoy explores different stages of the Russian socialite’s life. His characters seldom, if ever, get what they initially want. Often, however, they end up changing and, in the process, develop new desires that they can fulfil.

I’m less happy about that epilogue. Just as the Harry Potter series ends with a look at all the main characters 19 years later, War and Peace jumps forward by 8 years to show what has happened to the characters who still live, focusing mainly on two couples (neither of whom originally planned to marry). It’s a depressing way to end the book. The characters are past their primes—that’s why this is an epilogue, not the main part of the story—and though they might be “happy”, they do not have the same vivacity that made them so interesting. (I particularly mourn the Natasha of old.) Chiefly, the epilogue just doesn’t signify in the way the rest of the book does. I don’T particularly care about how Pierre is getting on in Petersburg, because I know that the story is over and it will have very little importance. I would be just as happy to end the story at the end of Book Four.

This doorstop of a literary experience endures. It is a masterpiece of characterization. Tolstoy depicts men and women as they grow and change against the backdrop of the Napoleonic War. It is a careful, deliberate prosecution of a specific idea of what history is and how it actually happens—but Tolstoy is clever enough to couch his rhetoric in a story, even if he does get a little carried away and forgets that at times. Finally, it is a fascinating story in its own right, with a diverse cast. However, the book itself changes character and flavour periodically, which I expect will disappoint anyone anticipating a linear, unvarying read. There is no doubt in my mind, however, that War and Peace deserves its status as a literary classic. It might not be “the greatest novel in any language”, but it is a great novel. And since it has many elements that interest and entertain me, it is one of my personal greats. 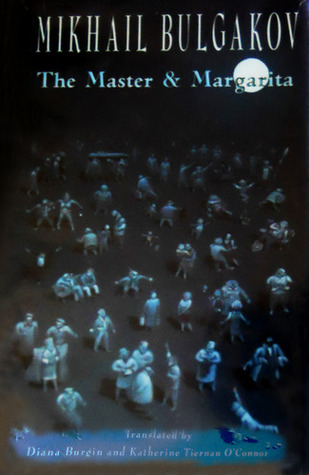 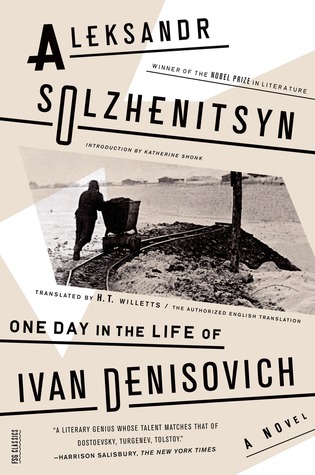