Yes, um, hi, it’s been three years since I last read and reviewed a Laundry Files novel. It has been a long time since I bought a Charles Stross book. Don’t worry; I bought this book and the next one, so while I won’t be reading it right away, three years will not go by. I have a lot of catching up to do!

In The Apocalypse Codex, Bob Howard is back … and has to go to training courses because he is being groomed for middle management. Fortunately for our reader’s brains, we don’t have to sit through 300 pages of Bob networking with other British civil servants. Rather, Bob soon gets tapped by another Laundry higher-up to manage some “external assets”—a witch and her mercenary sidekick. They need to investigate an evangelical church that is a little too cult-like to be true—might the pastor actually be trying to summon a chthonic entity when he really means to resurrect Jesus? Of course he might. This is the Laundry Files.

TL;DR if you’ve read this series before and want to know how this one stacks up: it’s good. It’s really good. More mythology, new characters (Persephone and Johnny are cool; Lockhart is OK), new perspectives even, and an intense thriller plot. All the stuff you’ve come to expect, in spades.

This is also probably a great entry point into the series if you haven’t been following along and don’t feel like going back and reading the first three books. Bob brings you up to speed pretty quickly, and while there are obviously references (and spoilers for) earlier novels, this adventure really has Bob off on something quite new, and the ending sets him up for a kind of lateral move within the Laundry hierarchy that promises more interesting adventures going forward. As usual, Stross isn’t afraid to shake things up and move the overall arc of the series forward.

Getting into this particular book now: the first third kind of drags. It isn’t just the exposition to induct us into the world … it takes a while for Bob to get out into the field and do his thing and then for the shit to hit the fan. This is also the first time, if I recall correctly, that Bob narrates stuff in third person that he didn’t experience. That isn’t a big deal, but it is an interesting change. For the most part, I enjoyed Persephone and Johnny. They were competent ciphers of characters without being annoyingly smarmy or smug about it.

Surprisingly, my favourite aspect of the book was the antagonist. Without going deeply into spoilers, let’s just say that I really like the way Stross portrays Schiller’s faith. I think there are lots of interesting shades between con artists and true believers, and Stross sort of hits on the right balance to give us an antagonist who is clearly deluded and deceived yet strangely honest too.

I can’t help but notice some parallels between Bob and Schiller as well. Oh, not in the sense that I think Bob is going to start a cult aimed at waking the Sleeper in the Pyramid … but The Apocalypse Codex is ultimately about loyalty to those in your care. Schiller has a duty of care to his congregation, one that he egregiously violates in the name of his faith. Bob has a duty of care to his external assets—or at least feels like he does—and Stross uses multiple opportunities to hammer home his point that Bob’s loyalty is itself more of an asset than a liability.

I feel like, as Stross ramps us up towards CASE NIGHTMARE GREEN (when/if ever that arrives), he is having us think more critically about the structure of the Laundry. We learn more about its American counterpart, the so-called Black Chamber, here as well, and how it seems to be run by or at least associated with more supernatural creatures than the Laundry. Stross is laying a lot of groundwork that I have faith will pay off in later books.

Really, of course, if you’re coming to this book you’re probably coming for Stross’ effortless exposition and clever allusions. No one would accuse Stross of giving up an opportunity to infodump, and The Apocalypse Codex is not exception. It’s smart, and it knows it’s smart, in that annoying kind of way—but it’s also punchy, and a little bit sweet (especially the bits between Bob and Moe), so in my opinion, Stross can get away with it. 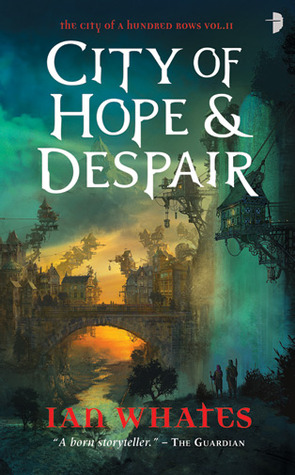