Much like my situation nearly a year ago when I read The Rhesus Chart, I was in a bit of a reading slump when I decided to tackle The Annihilation Score. I’ve been in this slump for all of 2021, mostly because it is harder for me to get books (especially fiction) right now—consequently, my ratio of fiction to non-fiction is much lower than it used to be, and as much as I love non-fiction, fiction is my brain candy. Fiction wraps me up in this warm blanket of narrative, and Charles Stross is a perfect example of an author who understands this. The Laundry Files is a reassuring series, in the sense that I know what to expect from each book—an increasingly escalating series of mostly bureaucratic yet still supernatural threats—yet it is also a series that isn’t afraid to change and shake things up. That’s what we see here, with the first book told from the perspective of Mo.

Set quite literally overlapping with the ending of The Rhesus Chart, The Annihilation Score has Mo seconded to a false-flag operation. With the rise of ordinary people developing “superpowers,” the Laundry has decided they need to create a fake “superhero department” to be a very public front for dealing with this issue. They tap Mo to be its director, and she is thrown into the special hell that is attempting to set up a new department while interfacing with law enforcement, the Home Office, etc. Her number two is a vampire with a history with her husband—oh, and she and Bob are somewhat estranged, because his recent power-up is orthogonal to Mo’s stressed relationship with her possessed, bloodthirsty violin.

So the book starts in a pretty dark, depressing place, at least for Bob and Mo. That’s the point—this book is, in many ways, delivering on a promise Stross dangled in front of us in previous novels that Bob and Mo’s relationship was under incredible strain as a result of their involvement in the world of the supernatural. Although Bob himself is largely absent in this book, his and Mo’s relationship is not. But also in the foreground is Mo’s own fear about how being the carrier of Lecter, her semi-sentient violin, is going to affect her. While none of these tropes are particularly rare in fantasy, Stross uses them deftly, and Mo is such a sympathetic protagonist here. Much like the very early days of Bob’s involvement in the Laundry, we get the sense here that Mo is out of her depth. She had adjusted (albeit reluctantly) to her role as a field agent, and now here she is being asked to run a department on short notice in a way that is almost certainly set up to fail.

Stross succeeds in making Mo’s voice distinct from Bob’s. Both are prone to the usual infodumping and third-order consequence-tracing that Stross loves to give us (but really, if you aren’t coming to a Charles Stross novel for the infodumping, why are you here?). Yet Mo’s speaks to her academic and musical backgrounds, and she also recognizes how her identity as a middle-aged woman affects the way the world perceives her. Finally, Mo brings a sense of urgency to what she is feeling: Lecter is this burden that is imploding her life, not some hypothetical problem later on down the road.

Perhaps the other big development for the series in this book is the way Stross bumps up the profile of the supernatural for the public. Most urban fantasy series keep the supernatural low-key and under wraps. Although not entirely “out” yet, elements of the supernatural are leaking into the public consciousness here in interesting ways. Stross is clearly teasing this out towards a more climactic event related to the existential threat that is CASE NIGHTMARE GREEN. I like the ways in which this manifests, the ways in which he is bringing in cultural elements like our obsession with superheroes. It speaks to the cleverness and care that Stross brings to plotting and writing this series.

That’s about all I have to say about The Annihilation Score. I read it in a single Sunday, off and on throughout the day, plowing through the final half of the book in a couple of hours under my couch while I was feeling really upset and despondent. It’s urban fantasy but with lots of fun, thought-provoking takes on supernatural tropes. It’s a little meta, a little self-aware, but not so much that it gets overbearing. This is a good installment in a series that is very much in my “comfort read” territory. 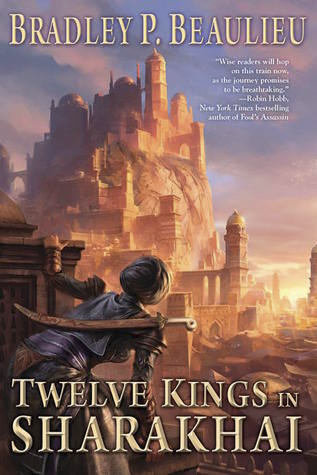