IN SEARCH OF A BETTER WORLD by Payam Akhavan ★★★★ | Kara.Reviews
Start End

While I was not a fan of the last collection of Massey Lectures that I read, the brilliant thing about this series is that every year is very different. Each year brings a new speaker, a new topic, and an entirely new way of approaching the topic and the format. (I am very excited for this year’s lectures delivered by Tanya Talaga, author of Seven Fallen Feathers). Last year’s lectures by Payam Akhavan work really well as a collection. His writing clear, conscientious, and moving. In Search of A Better World: A Human Rights Odyssey is extremely on point for the world we currently inhabit.

This was probably not the best book to read the week I chose to read it. I’ve been in a little bit of a slump lately, both in reading and in general. At one point while reading this book, a friend messaged me to ask how I was doing, and I had to say, “Um … not well … probably because I’m reading about the Rwandan genocide again.” (I keep reading about the Rwandan genocide, and every time I do, it destroys my heart. More on this later.) Akhavan does not mince words, and he doesn’t sugarcoat the enormity of the crimes against humanity that he recounts, both historical and present-day. This is a book about humans committing atrocities against other humans, about the toll of hatred and bigotry, about the insufficiency of political will to do good. It is provocative and heart-wrenching. And it probably won’t change a damn thing, but I have to give Akhavan kudos for trying.

The first chapter is the most personal one, as Akhavan traces the history of oppression of Bahá’ís in Iran and how his family fled to Canada to avoid persecution. From there, he discusses the establishment of the International Criminal Court as an offshoot of the Nuremberg Trials, which then leads into various genocides, particularly Rwanda’s, and the failure of UN peacekeeping efforts. Much of what Akhavan describes reminds me of what people like General Dallaire and Samantha Powers have said and written about the subject: the people who have been to these places, who have seen this happen, recognize the human suffering; yet the politicians in charge worry more about votes and political will.

And even now, in 2018, Canada continued to ship arms to Saudi Arabia for its war against Yemen.

This is what Akhavan is getting at in In Search of a Better World. His final chapter heats up and becomes the most polemical—up until this point, he stays comfortably in the pre-2001 world of the distance past, and most of his comments are fairly uncontroversial. After he describes his personal connection to the terrorist attacks of September 11, and the way this lead to a paradigm shift in the world, he advances extremely anti-imperialist criticisms of Western (and particularly US) foreign policy. He points out that countries like Afghanistan, Rwanda, Congo, etc., are fucked up precisely because of colonialism and imperialism, and that this is an ongoing phenomenon. He even mentions the ways in which the intergenerational trauma of residential schools is an inexcusable blight on Canada’s human rights record back home.

This last chapter is perhaps the most important—as much as the other chapters are variously enlightening and depressing, this is the one that reminds us that these problems exist now. Just as climate change isn’t some doomsday event that will happen in our future, human rights abuses are not these sad stories from the past. Both phenomena exist, and both are largely the result of more than just individual actors—that is to say, while we can obviously do our part as individuals to help resolve both issues, what we really need is large-scale—like, global—political will. That is very difficult. Akhavan believes it is possible, however.

I’m not sure this book is going to persuade anyone who isn’t already concerned about human rights abuses the world over. That is to say, as the Onion article goes, I’m not sure how to convince you to care about other people. But if you’re already on that same page, this book is going to give you more to think about. Akhavan asks you to really consider what a commitment to defending human rights looks like, not just personally, but at a societal level: how do we need to change the ways in which we operate, the politics of our time, to avoid tragedies happening because it was more economically or politically expedient to do nothing? These are tough questions, made all the more intense by the fact that Akhavan is definitely not an armchair philosopher in this, given his relevant and practical credentials as a human rights lawyer.

In Search of a Better World is a high-level book but it doesn’t demand a high-level understanding of history or politics. It is heartfelt and genuine, yet it is also backed with extensive knowledge, experience, and a recognition that passion alone cannot make change. This is not a “bleeding heart” book, yet it is extremely empathetic and compassionate. I leave it with the sense that Akhavan, for all he has thought and said and done so far, desperately wishes he could do and had done so much more. 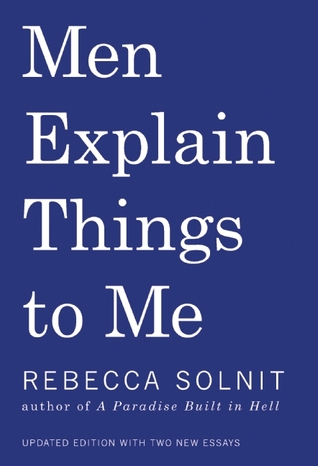