This is probably the most depressing book I have ever read in my entire life. Not only is its chronicling of four lives bleak and without the slightest hint of hope or redemption, but it does this with a comprehensive scope and an unforgiving manner. Even re-reading it, knowing what was going to happen, did not mitigate my sadness. If anything, it amplified my emotions, because for all of the good things that happen in this book, the moments of joy, I knew how it was all going to go wrong. And this is not some adventure story or a romance where things get bad for a few hundred pages before the protagonists rise in the face of adversity. No, in A Fine Balance, everything goes to hell. And it doesn't get better.

I could spend several paragraphs discussing how this book is depressing. Suffice it to say, A Fine Balance is set in Mumbai, India. It covers over 30 years, from independence in 1947 to the Emergency of the 1970s. Rohinton Mistry follows four characters: two tailors, Ishvar and Omprakash; the widow, Dina Dalal, who employs them in her apartment; and the college student, Maneck, rooming with the widow. These characters endure poverty, oppression, and abuse by those in power and those with power. The tailors, their relatives victims of caste violence in their village back home, arrive in Mumbai only to live in a slum that gets demolished, its slum-lord now in the pay of the government. But living on the streets is not an option, for during the Emergency police have broad discretion when it comes to "beautifying" the streets of the overcrowded, overpopulated city, and losing their residence is by far one of the lesser misfortunes that Ishvar and Om experience.

The Emergency happened before I was born, in a land far removed from me. It is nothing more than a name to me, a period in the recent history of a country related to mine by imperial ties and immigrant exchanges. So this book lacks the personal resonance it has for those who did live through this period, whether in India or abroad. And I haven't really ever experienced any of the hardships Mistry depicts here. Nevertheless, I can still appreciate A Fine Balance as a depiction of suffering during a time of turmoil and tyranny. And yeah, it is depressing, but I do not agree with those reviewers who find this a valid reason for panning the book. Mistry makes you feel sad for a reason.

While not perfect, Mistry's four protagonists are all good people. We learn this early in the book, for he recounts their past to us in a series of flashbacks so verbose as to transcend mere exposition and become true parts of the plot and narrative. Dina grows up under the thumb of her older brother, her dreams of becoming a doctor squashed by a patriarchal society. Instead she resorts to marriage as an escape, enjoys a happiness too rich to last long, and becomes a widow. For her, as with everyone, the question is how to make enough money to get by. Ishvar and Om come from a caste of tanners; their father made the defiant transition to tailoring and paid for the insolence with his life. They carry on in his tradition, but they have come to the city seeking work. Maneck has come to the city also looking for escape and edification; he is enrolled in a one-year college certification on air conditioners. He's not a very good student, but he is happy he has left his hometown, and with it his unsatisfying relationship with his father.

These are ordinary, everyday people. They do not invite the misfortune that befalls them. Why do bad things happen to good people? A Fine Balance is many things, but it is not theodicy. It is instead a look at the consequences of a certain zeitgeist present in India at the time of the emergency. We see it in the way that Ishvar, Om, Dina, and Maneck all become victims, yes, but this zeitgeist pervades the novel on every level. It is present in the attitudes of Mistry's minor characters, in the exclamations of approval from Mrs. Gupta and Nusswan regarding the Emergency and its effect on trade unions, in the derision of Beggarmaster and the guilty conscience of Sergeant Kesar. Just as ordinary people ignored the obvious injustices happening during the Holocaust, so too did ordinary people rationalize and justify the brutality and the injustices that occurred during the Emergency. Some, like Mrs. Gupta or Nusswan, do it for economic reasons, whether or not they believe such actions are truly justified—scarily enough, some do. Others, like Sergeant Kesar, care less about the political significance of their actions and more about the moral significance.

I like Sergeant Kesar. He is a very minor character, but he is an example of how Mistry manages to make the scope of his political themes so broad. There are plenty of stock characters in A Fine Balance, but for every goonda mindlessly enforcing the will of a landlord or minister, there is a Sergeant Kesar or an Ibrahim, an authority figure with a name and a face. These are antagonists or sometime-allies who, for one reason or another, are probably good people but have managed to end up in the wrong line of work at the wrong time. They struggle with their jobs, with the way they interact with people like Dina Dalal. This struggle is a poignant counterpoint to the innocent suffering of our four protagonists. The Emergency is not a monolithic movement of one group oppressing another. It is, Mistry shows us, a tumultuous period of conflict as one government tries to stay in power while elements subvert it for their own purposes.

That seems to fit with India, a country always in flux as a result of its vast population and rich history. Indira Gandhi's desecration of democracy destabilizes the country, but it is just another straw on the back of an already over-laden camel. From Ishvar and Om's backstory we learn of the deterioration of the caste system, and the resulting resistance from those, like the Thakur, who have power in the villages. From Maneck's childhood we see how urban development and expansion, commercialism and competition, are changing India's rural landscape and endangering some enterprises, like his father's general store. Dina's tale is more personal and more gendered, but it is also a story about family and independence. As she points out, independence is an illusion. We are all dependent on each other, especially in a city as big as Mumbai, and the culmination of the relationships of these four characters is an illustration of their interdependence. Ishvar and Om's detainment and disappearance profoundly affects Dina and Maneck, both personally and professionally; likewise, Dina's troubles with the landlord threaten Ishvar and Om's livelihood.

But I digress. In A Fine Balance, Mistry juxtaposes the turmoil of the Emergency with many other events occurring simultaneously to alter India's zeitgeist. The result is a snapshot of a country that has always fascinated me for its conflict and its contradictions. Mistry's descriptions of life in Mumbai, especially for the impoverished, are almost beyond my ability to grasp, so different are they from what I know. India is in that interesting zone between developing and developed nation (though I am aware such terminology is, as ever, controversial). Its economy is so huge, so rich, both real and with potential, yet its massive population faces problems of education, poverty, and health. It is a fascinating country with very real challenges, both now and in the 1970s when this novel takes place.

All this, of course, does not really address that central question: why so depressing? Why couldn't Mistry weave a thread of hope through his quilt of a story? In my opinion, Maneck's ultimate fate obviates any possible solace one might find in the tenuous equilibrium achieved by Dina, Ishvar, and Om. It is a grace note that manages to overpower the end of the book, cause shock and dismay, and colours anything that follows. I don't want to spoil it if you haven't read the book, but it is an action of such implicit nihilism that it is emblematic of the tone of A Fine Balance.

Simply put, if this book ended on a "happy" note, if Ishvar, Om, Dina, and Maneck emerged with little in way of complaint, then their suffering would have been meaningless. That is a major claim to make, I know. Other books involve characters who suffer greatly only to emerge triumphant and all the better for it, so what makes these ones different? It is both the nature and the degree of their suffering. Their experiences are so brutal, so dehumanizing, that any serious redemption would minimize them too much for the reader. In order to emerge from such experiences triumphantly, it would have to be through actions of their own doing, through some form of resistance that overcomes the adversity. This would contradict the sense of powerlessness that Mistry wants to communicate, the utter helplessness in the face of an implacable political climate created by corrupt politicians and police. Ishvar and Om are not, cannot be revolutionaries. Dina and Maneck cannot be subversives. So when they suffer and submit and then it is over … well, it cannot really be over, not until they are devastated. Mistry must administer a coup de grâce that finalizes the destruction he has plotted since page one.

This book is fiction, so it must have a beginning, middle, and end. But it is as close to being true as fiction can get, both in verisimilitude and in attitude. It is neither uplifting nor endearing but wearing. Even the most optimistic person would feel besieged by Mistry's careful and persistent erosion of everything good from the universe of A Fine Balance. And this holds up to repeated readings, because his depictions of characters both major and minor are just so vivid, so believable, so tortuously touching, that you cannot help but care about what happens to them, even when you know it will be nothing good.

And so, I am not sure what to say, except that this is one of my favourite books, and in my opinion, one of the best books ever written, period. There will always be those who disagree, who pick it up, trudge through fifty or a hundred or two hundred pages, and then declare it a waste, a wash, unimpressive or boring at best. I don't know how to respond to those people, or even if I should respond. All I can say is that few books have ever affected me so much as A Fine Balance. Many books have moved me; many have entertained me and charmed me and made me laugh and cry. But A Fine Balance has left an indelible mark upon me. It is a work of consummate skill. This book is fiction, so it must be false. But it is a sad, depressing book, because somewhere out there in the past and the present and, yes, the future, every single bit of it is, in some form, true. 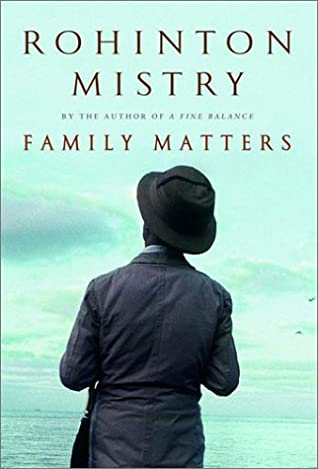 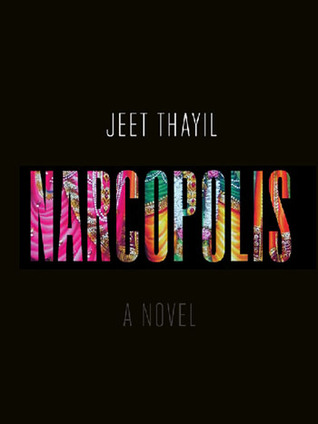