When something momentous, like a Neanderthal physicist from an alternate universe visiting our universe, happens once, it's a fluke. When it happens a second time—and when the portal that connects the two universes shows every sign of lasting indefinitely—it's a paradigm shift. Society will have to adjust to having Neanderthal neighbours like Ponter Boddit, who is not only redefining what we consider "human"; he's also holding up a mirror to "human" society, forcing us to reevaluate all the practices we consider normal and even sensible.

Robert J. Sawyer once again uses the Neanderthals as a foil for humanity's questionable environmental and ethical policies. That's not to say the Neanderthals are perfect. In Hominids, we see an example of misguided justice and misjudgement on the part of one Neanderthal. In Humans, the Neanderthals' High Gray Council, its world government, is slow to see the benefits of staying in communication with our universe. When Ponter is shot and its ambassador kills the shooter, the Council decides to cut ties with our universe, stopped only by a brash plan by the ambassador. In general, all the aspects of Neanderthal society that seem to make it peaceful and successful—the Companions, their cosmology, their approach to environmental management—have hindered their development in areas in which we are proud of our scientific achievements. We've been to the moon and the ocean floor; the Neanderthals have done neither. But much of our scientific advance comes at the price of, at the behest of, the need for weapons of war.

Even though it's clear that Neanderthal society is far from perfect or ideal, Sawyer's obviously using it critique our society. Sometimes this comes off heavy-handed, but mostly it works well. My favourite such scene occurs at the Vietnam Veterans Memorial. Ponter, overwhelmed by the sheer number of people killed in wars, says that Congress should have to declare war in view of the memorial. While I'm sure that politicians weigh the loss of past lives every time they decide to declare war, this scene is a potent reminder of how easy it is for us to lose sight of lessons learned in favour of ephemeral goals. Humans are passionate and ambitious, and while this has resulted in marvellous achievements, it's also a source of actions we later, as a society, tend to regret. Sawyer's "alien visitor to planet Earth" perspective does its job as it reminds us to always re-evaluate our principles, even if we do end up deciding they're correct.

In my review of Hominids, I criticized Sawyer's portrayal of physics. Quantum mechanics and portals don't come up much in Humans. Instead, the new scientific element is a geomagnetic reversal. I'm not as familiar with the science behind this, so I'm not going to discuss it at much length. Suffice it to say that Sawyer once again links his science to his exploration of what makes us conscious beings, and it's interesting, I'll give him that. Also, he presents it in such a way that it's a constant but unassuming part of the plot that readily takes a back seat to the character conflicts that dominate Humans.

Ponter and Mary are now trying to chisel out a "relationship" as best they can. It's difficult, since Neanderthals and Homo sapiens have radically different ideas with regards to mating, cohabitation, and marriage. Mary still perplexes me, and I don't find her a very satisfactory character. Sawyer just doesn't sell me on the motivations behind how she acts, and as a result, she seems to be acting a certain way because the plot requires that she does so. It's not that I'm incredulous that any scientist or any divorced person can still be a Catholic—rather, I'm incredulous of Mary after hearing her flabbergasted explanations to Ponter on how she reconciles the contradictory aspects of her personality. Sawyer is ascribing complex character traits to characters who are not, evidently, that complex at all, and the book creaks under the added stress.

Humans is much like Hominids. I found it a very average book. Typical of Sawyer's writing, it didn't take me long to read at all, and overall the book's enjoyable and interesting. It could be a lot better. 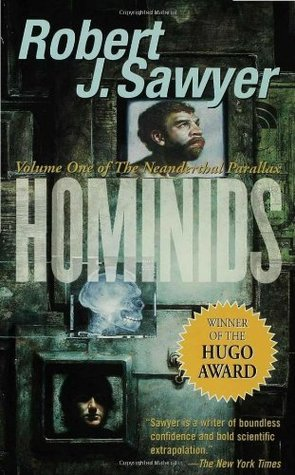 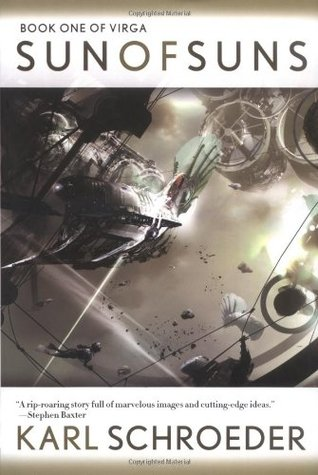 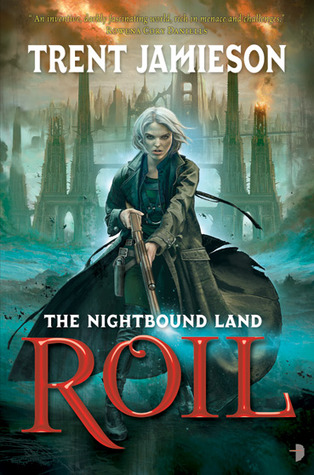