Few things are probably scarier than suddenly being utterly and totally alone. Robert J. Sawyer reminds us of that fact by transposing Ponter Boddit, a Neanderthal physicist, from the parallel universe in which he resides to our universe, where Neanderthals have been extinct for tens of thousands of years. Aside from having instant celebrity status—including the paparazzi that come with it—Ponter must face the fact that he might never return to his own universe. And back in his universe, this has ramifications for people he cares about. As the consequences of Ponter's transposition unfold in two universes, Sawyer shows us what might have been if evolution had happened differently, and he presents an interesting contrast to contemporary human society.

I am disappointed with Sawyer's use of physics—more accurately, with his explanations—in Hominids. He gets the premise, quantum computing breaching a parallel universe, as a freebie. With such an intriguing premise, however, I would have expected a more thorough look at the physics behind quantum computing and parallel universes. Instead, we get a watered-down conversation between a physicist and a geneticist that compares the "Copenhagen interpretation" and the many-worlds hypothesis.

In Hominids, consciousness is a dichotomous moment: in our universe, Homo sapiens received the quantum fluke of consciousness, as Sawyer interprets it here; in Ponter's universe, Homo neanderthalensis achieved consciousness. That event caused the first divergence of the universe, and since then it's consciousness (specifically, having it) that has made all the difference. But these two conscious species, while both achieving success and dominance on the planet, have developed very distinct societies.

The description of Neanderthal society is probably the most intriguing aspect of Hominids. Everything from the non-agricultural, decimal system of timekeeping to the Companion and alibi archive technology is both different yet familiar. Sawyer manages to take disparate, well-used ideas, like that of a "surveillance society" and combine them in order to create a well-realized, seemingly functional society filled with Neanderthals. Ponter's world has almost no crime and is arguably more environmentally conscious. However, it has its problems too, as we see from Adikor's almost capricious encounter with the judicial system. The parts of this book that take place in Ponter's universe are the best parts, because they're interesting and also exciting.

Would that the rest of the book could keep up! It's an unfortunate consequence of the nature of a linear narrative that authors must occasionally compress the span of events. Otherwise, I don't think that our Earth would have accepted so quickly the idea that Ponter is from a parallel universe; likewise, there would have been more inquiry into exactly what happened to Ponter when he reappeared in his universe. Sawyer presents interesting snippets of news articles that let us know how the wider world is reacting to his plot development, but his scenes are never global in scope. Instead, he focuses on individuals, usually of limited authority, close to the centre of the crisis.

Unfortunately, most of the human characters leave much to be desired. The main character, Mary Vaughan, is raped in her opening scene, doesn't report the rape (because the plot requires it), but tells Ponter about it moments before he leaves to return to his universe. And she apparently manages to fall in love with him because he's attractive and flustered by humanity's paradoxical approach to ethics. I've no doubt that Sawyer's put in a good effort to forge the relationships he needs to explore his larger issues of consciousness, religion, and inter-species romance. But it just comes off as very contrived and even, dare I say, stereotypical, particularly when it comes to how Mary copes with being raped. The fact that the major relationship in this series is shallow does not help Hominids and will not help the other two books.

There's no question here: I heartily recommend Hominids to anyone interested in a glimpse at a world where Neanderthals became the dominant species. As with any Sawyer book I've read, this is a fast read; Sawyer keeps the plot moving and keeps you wanting more. While I can't always laud the results, Sawyer does know what he's doing as a writer, and Hominids demonstrates that with every page. 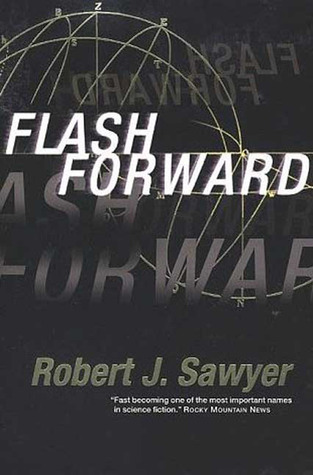 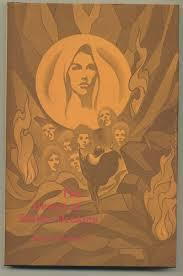