Blood and Iron, not to be confused with the urban fantasy novel of the same name by Elizabeth Bear, is the first entry in a trilogy by Jon Sprunk about fantasy nations at war. Our hero is Horace, a shipwright and carpenter stranded on the shores of a hostile empire, at their mercy, who suddenly finds out he can do magic. What ensues in the slow self-destruction of the capital city of this kingdom within the empire while Horace stands around making amazed noises at it all.

Horace is essentially an Idiot Protagonist (TVTropes), so your mileage is going to vary quite a bit here. He goes from being a prisoner to a magic-wielding-but-still-clueless leader of the Queen’s guard in about a hundred and fifty pages. If this rise to power isn’t unbelievable enough, all this happens without Horace taking any initiative. Instead, he just reacts to everyone else manipulating him like the pawn that he is. From Mulcibar to Byleth to Alyra, all the supporting characters push and prod Horace into the few actions he actually takes on his own.

Although there is nothing inherently wrong with having an idiot protagonist, when deployed the way it is here, it gets boring. Fast. I just had nothing invested in Horace. Instead of taking stock of his impossible situation and coming up with a plan, he just waits for things to happen and then hopes for the best. That’s not how a clever, commendable hero should act! Even if their plans don’t work out (and it’s often more entertaining that way) heroes need to make them! Horace learns the language (with surprising speed) but consistently fails to learn much about court politics, assuming instead that he can continue to blunder about and act on his own recognizance without much threat to his life.

Horace not making plans comes to a head along with the climax of the book itself: rather than, you know, making a plan to save the queen and all that, Horace decides to run full tilt at the bad guys and rely on his precarious grasp of his magical ability. The result is a series of interlinked scenes in which Horace continually pummels people with magic. There is no brinksmanship, no intrigue involved, just a straight-up no-holds-barred magical firefight. And while this might be appealing to some people, it once again left me feeling cold and unsatisfied.

Then there’s the fact that Horace seems to have no distinguishing characteristics other than being a brooding foreign carpenter who suddenly can do magic—yet the only two women in the book of note are immediately, hopelessly fascinated by him. Horace is not fascinating. Horace is a dolt who once built ships and now does magic with the finesse of someone trying to embroider a throw pillow using a fencing sword. Now, in the disgustingly chauvinistic types of fantasy books of yore that Blood and Iron unfortunately seems to be trying to emulate, the women all swoon over the hero because he actually is, you know, heroic. Not because he is the designated hero of the story.

Let me tick off a few more clichés while we’re at it. Evil priesthood? Check. Slave revolution? Check. (Actually, I was extremely confused by Jirom’s entire subplot, and I had no clue what was going on for most of it.) Embattled queen forced into marriage with a charmless ape? Check.

By no means do I want to suggest that Blood and Iron simply retreads the same, old grooves in fantasy without much to show for it. There are certainly some commendable aspects. Sprunk includes a pair of gay characters in an offhanded manner and in a way that makes it seem like no one else considers it a big deal (and I think that they might be the first to get a romantic kiss as well). The magic system is interesting. Sprunk clearly has it worked out, but he doesn’t dump too much exposition on us, and I admit he has piqued my curiosity. (I just wish that it weren’t used as a sledgehammer in the climax.) Although the two supporting women were indeed pressed in service as Horace’s admirers, they are also fairly three-dimensional characters in their own right, with problems and desires of their own. Byleth reminds me a lot of Elizabeth I; Alyra is an interesting albeit not very competent spy with a believable backstory.

One last quibble, and one which has absolutely nothing to do with Sprunk’s writing: my edition has absurdly huge headers consisting of the title on the verso and Sprunk’s name on the recto. I’m used to headers and footers being in a much smaller font size than the body text. These were larger and darker type, in all-capitals, and very distracting. It’s a shame, because the large-format trade paperback is otherwise extremely nice to read.

Blood and Iron is not a stunning new work of fantasy. I’m not really interested in reading the next book in this series. But it’s also not a bad book. It leans a little too much on the conventions of the genre and seems to think it is more clever than it actually is. But I can see how other readers might find it more to their liking. So while I won’t recommend it, it is nice to know there are other options out there. 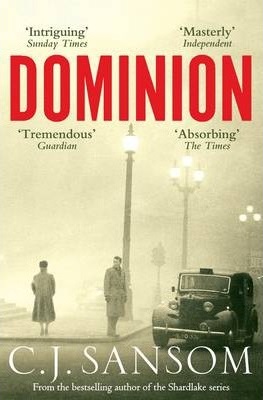