It took me a while, but I figured out why it took me so long to read this book: the typeface.

That might seem picky, or petty, but it's true. This small, heavyweight, sans serif typeface just did not appeal to me. I trucked on—because this book is definitely reading—but I did not, alas, enjoy the actual experience of reading it. Your mileage will probably vary, but typography is something I’m sensitive to.

Anyway, that’s neither here nor there. The truth is, Girl Up is quite fantastic. It’s kind of a massive pep talk in book form, principally aimed at teenage girls but really directed to anyone who, you know, has a brain and lives in our patriarchal society. That’s principally Laura Bates’ aim here: smash the patriarchy, or at least crack the window and let the readers do the rest. Bates offers up a crash course in feminism and an antidote to some of the most noxious media messages about “the right way” to be a girl/woman. She covers some fairly heavy topics but in a way that tries to be a little more fun or accessible than your typical, more serious type of feminist primer. I’m not trying to say that’s better, mind you—because the last thing we need to do is start pitting feminist books against each other like we pit women against each other—but that there is room for a diverse set of approaches when it comes to educating adolescents about feminism.

This book got me on board early: on page xiv of the introduction, “Buckle Up”, Bates asserts intersectionality early on. She asserts that woman ≠ vagina, but more notably from my personal positionality, she says, “Some people aren’t attracted to anyone at all” and then, later on the next page, reminds us that agender and asexual belong in the LGBT* (as she uses it) acronym (no mention of aromantic, alas). And indeed, at various points throughout the book, Bates reminds us of these things, mentioning that it’s OK to like sex, OK not to like sex, OK to want sex, OK to not want sex, OK to want sex but not be attracted, etc. I could have gone for an even more frank discussion of attraction and sexuality, but I appreciate that this book is not solely about that and Bates only had so much space to work with. Similarly, although the book by and large aims to be trans friendly, I think a more explicit discussion on transgender and nonbinary identities as they relate to being perceived as a woman might have been an interesting addition. Room for a sequel, maybe?

I mean, that’s kind of my takeaway from this book: Girl Up really just scratches the surface, and how could it do anything else? There is a lot to be learned!

Honestly, the style Bates uses with the lists, illustrations and little comic drawings interspersed throughout the text, etc., does not appeal to me—but I am not a younger reader, so I can’t say whether or not it would appeal to them. The book does seem to be going for a “look at me, I am cool and definitely not out of touch with the Youth” vibe, and I’m not entirely sure it succeeds at that. If you can get past that, however, there is so much valuable information in here. Moreover, the tone of this book is perfect. Bates doesn’t pull any punches. There is profanity. There is strong language, explicit descriptions of things—basically everything teens already read on the Internet, but in a book form, for when their WiFi isn’t working and they’ve run out of data.

One more critique: sometimes it seems like Bates is assuming an American audience and sometimes a British audience. She switches back and forth between talking about “states” and quoting US legislation, etc., but then she mentions a few things that are more British. I’m not sure if other people will notice this (I am Canadian but lived in Britain for a couple of years), but it kind of threw me while I was reading.

So, yeah … definitely not the target audience of this one. That made me hesitate to actually read it. I was worried I wouldn’t enjoy it, not because it was bad, but because of my age and gender, and then I would be loath to review it. Fortunately, I was wrong! I don’t think I got as much out of this as a younger reader would, especially a teenage girl, partly because of my different experiences but also just because I’m a little more steeped in other feminist reads. Still, I can totally see how this would be valuable to some readers, and it definitely fills a good niche. 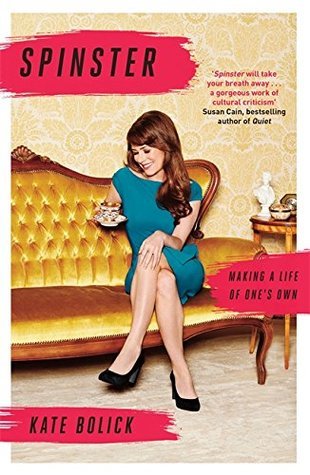