Arrrgh, I hate writing reviews like this because I never know what tone to take. It would be so much simpler if I just hated or just loved Fat Girl on a Plane, but the complicated truth is that I really liked this book and I think it’s really problematic. I loved it for the fashion but not so much the fat rep, which is never a phrase I thought I would utter. In Cookie Vonn, Kelly deVos gives us a very endearing protagonist in the sense that I appreciate the passion evident in her voice. She actually made me, a guy who just wears T-shirts and shorts, care a bit about the elegance and intricacy of designer clothes. For that reason, I really enjoyed the story.

The author’s note at the beginning of the book definitely had me hesitating. It is very defensive: “This is not a Cinderella weight loss story.” Except that the book is being told across two timelines, one labelled “FAT” and the other labelled “Skinny,” and major plot points revolve around Cookie embracing a Weight Watcher clone called NutriNation and her blog being sponsored by the spin-off NutriMin Water. And even if the end of the book involves a small epiphany wherein Cookie realizes she can quit NutriNation and “become a giver of zero fucks” and eat whatever the hell she wants … the whole book is still about Cookie’s weight loss journey. So I went into the book with trepidation, because even if Cookie ends up in a good place, the framing of her story seems problematic nevertheless. It is, at the very least, reductive and overly simplistic in how it conceptualizes fatness and its relationship with weight loss.

I can only imagine that this book would be hella triggering, but I don’t really think I’m qualified to say what those triggers would be.

Cookie’s characterization really captured me, and I’ll talk more about that towards the end of the review. But the rest of the characterization fell flat. Most of the characters seem to pop up when and as they are needed, and it isn’t so much that they are stereotypes as they are remarkably one-note. Gareth never shows any glimmer of self-awareness in terms of the creepy, predatory nature of his relationship with Cookie. Same with Mom, who literally only exists to be a terrible parent to Cookie. Grandma seems to exist to tell Cookie that she should just “take the high road,” which is weird, because in my mind grandmas are always the ones who are going to help you plot revenge when you’re wronged. And Keenes is a walking cliché to whom deVos attempts to give depth in the same way Wiley Coyote sticks a black oval on the side of a cliff like a fake tunnel.

Tommy … now Tommy is an interesting character. He is supposedly Cookie’s best friend, although to be honest we don’t see much of that in this book. Aside from the emergency $600 loan (which—she did she ever pay him back?), Tommy and Cookie seem to be rocky almost from page one. And while I in no way condone Tommy’s actions—he’s pretty much a terrible person—it’s not like Cookie treated him very well at any point either, and she never really seems to own up to this. Not for a single moment does she stop and think about asking him why he feels like he should be dating Keenes.

Here’s the thing: I really did like Cookie’s conflict with Tommy and Keenes because, buried within a bunch of the problematic fat-shaming and acemisic/aromisic stuff, there is a nice kernel here. I do like it when a story sets us up for a romance between two characters and then averts the typical reconciliation. I’m not a fan of Grandma’s one-note “take the high road” moralizing, but I did like her advice to Cookie that sometimes you shouldn’t get involved in another person’s romantic decisions. Sometimes you need to accept that someone is making choices you wouldn’t make. Likewise, Father Tim’s line about how you can love people and still realize you shouldn’t have them around you is pretty poignant.

See, this is what gets me about Fat Girl on a Plane: there’s a lot here I could unpack and criticize, yet there are a few parts that are a sublime, and overall, I liked the book. A lot of this has to do with Cookie herself, and the rest of it has to do with deVos’ portrayal of fashion.

I am somewhat stereotypical in the sense that as a fairly nerdy male, I’ve largely eschewed much awareness or understanding of fashion. This is something I’m open to changing, albeit in a somewhat passive way, which is why every so often I’m happy to dive into a book about fashion and try to take it seriously. Now, this book doesn’t actually show us much of the fashion “world” per se; I’m sure there are much better books that accomplish that. What deVos does show me, however, is the perspective of how someone would get so involved in this aspect of the fashion world—designing the clothes. Cookie basically lives and breathes clothes design, and it’s really fascinating to me. As someone who knits yet who has no love for sewing or really anything that involves measuring too carefully, I’m far too lazy to do anything truly productive craft-wise. So I have a lot of admiration for people—even fictional ones—who can sit at a sewing machine and table for hours at a time and produce perfectly tailored garments.

If nothing else, this book has helped me better understand why some people obsess so much over the fit of a garment, over seams and darts and all that jazz. Why some people spend hundreds or thousands of dollars on clothing. Cookie’s descriptions, both of the clothes themselves and also the process and passion that goes into designing and manufacturing them, have enriched my perspective on fashion. So that’s something.

There’s also some commentary on fast fashion and the portrayal of the fashion design world as driven by reaction/sales that I found interesting. We often get caught up in the “diva” side of fashion, with popular media telling stories of fashion designers like they are gods. But Gareth isn’t a god so much as a victim of his own success (and a bit of a predator).

There’s probably a lot we could unpack about the toxic relationship between Gareth and Cookie. On one hand, I really liked that deVos downplays how Cookie starts having sex with him—not because I condone it, but because I think too many YA/NA novels treat their protagonist’s start of sexual activity like it’s The Biggest Deal Ever. I mean, it can be. But it doesn’t have to be, so it’s nice to have that variety. Furthermore, from my limited perspective, I like that Cookie is fairly self-aware of what’s happening, even if she doesn’t push back initially. Cookie isn’t naive enough to believe all the hype, yet deVos does a good job showing how easy it is for Cookie to get caught up in the hype hurricane around her.

Before I wrap up, a few other critiques I couldn’t fit elsewhere into the review. First, no queer people?? In a book about fashion?? (I know, I know, now who’s stereotyping—but still.) Second, there’s something about the way technology is/isn’t used in this story that doesn’t quite work for me. For a contemporary story about a 19-year-old, there’s this … absence of tech. Cookie is so technophobic she needs to bribe a computer nerd to set up a WordPress blog for her. This isn’t the 1990s when computer class and dial-up modems were a thing; I would expect even the least nerdy teenager to be able to create a blog, even if they have to Google it first. Finally, I wish we’d seen some pushback (or at least addressed) about the fact that while Cookie was once “plus size” she is now a thinner person running a blog aimed at a plus-sized audience, and that seems disingenuous.

Fat Girl on a Plane is fierce and frustrating because I want it to be only fabulous so I can just praise it unstintingly, but it’s not. It’s a laser-focused book about fashion and fatness, yet it is also oh-so-flawed.

So why do I like it? Probably for the same reason we like Marvel movies despite them not always being the most socially responsible fare: the formula hits the right buttons in our brains. Problematic elements aside, this is a well-constructed story with a fascinating protagonist and a satisfying pay-off at the end of the narrative. DeVos knows how to write a good novel, and I enjoyed lying on my deck over two afternoons reading this.

I’m uncomfortable because I don’t know how much of my enjoyment of this book is me still needing to unlearn and challenge my privileged understanding of this world versus how much is just me … liking the book. I kind of feel similar to how I felt about Aristotle and Dante Discover the Secrets of the Universe, only in reverse—in that case, I didn’t like the book as much as I thought I should given its reception. I’ve read many other reviews—positive and negative—of this book trying to see if these would help me unpack my discomfort. If anything, Fat Girl on a Plane really demonstrates that checking privilege isn’t the same as negating it. My experience informs my views of all stories, and sometimes that makes those views unreliable. 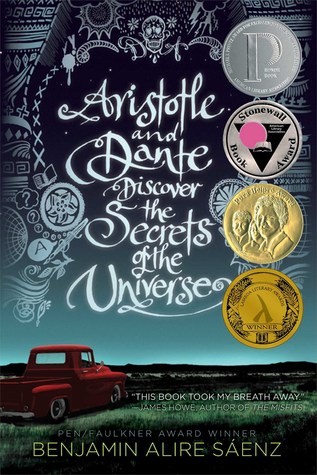 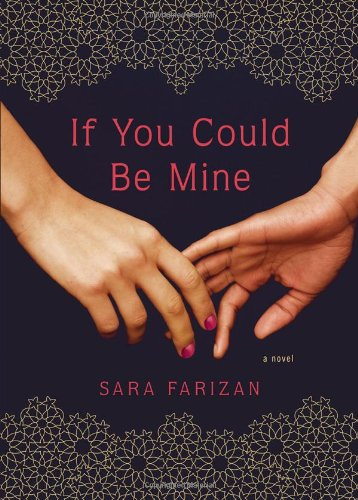