The words “dull” and “lazy” come to mind.

I don’t think Beatrice & Virgil was on my to-read list for any reason other than its author. Yes, I have read Life of Pi, and I suppose it was all right and I liked it well-enough at the time, though I’m thinking that if I do ever go back and re-read it I’m going to feel somewhat meh about it. Yann Martel is a paradigm example of a CanLit author who is impressive to the impressionable type of young mind I had back in my teens and early twenties, but as I get older and more cynical and less patient with pretentious literary bullshit, these kinds of stories start to wear on me.

Henry is a moderately successful author, who publishes under a pseudonym. His most recent endeavour is a combination of novel and essay about the representation of the Holocaust in fiction. When his publisher essentially shoots down the whole idea, Henry sinks into a funk. He and his wife move to a country in Europe, where they can enjoy the easy-living kind of lifestyle that fictional writers of Henry’s calibre often enjoy. Then, one day, Henry receives among his fan-mail a curious, bulky package from a local sender. It contains a Flaubert short story and the page to a play, by the sender, about a donkey named Beatrice and a monkey named Virgil. Henry visits the sender, an ornery and dispassionate taxidermist, and despite a cold reception and little in the way of small talk from this man, Henry takes it upon himself to help the taxidermist with this play. Their relationship does not develop, though, and it all kind of ends in tears, but I guess by the end we’re supposed to learn that bad things at least spur a writer’s imagination to make good art about the Holocaust? Idk.

Writing this review, I have this sudden urge to compare Henry to Michael Beard from Solar. This isn’t a very fair comparison, because Beard is a much worse person than Henry. Yet Martel’s narration reminds me somewhat of McEwan’s, and both characters exhibit so little in the way of character development throughout the novel (though Beatrice & Virgil takes place over a much shorter time period). Both books have this very dry narration that exposes us to the protagonist’s thoughts but never reifies other characters on the page. We don’t really get to know Henry’s wife, Sarah, until the very end of the book; otherwise, she, like the rest of the characters, simply exists as someone else within Henry’s sphere of experience. Notably, Henry has precious few conversations in this book—he doesn’t seem to have any friends. And while this is obviously a choice on Martel’s part to portray Henry in such a light, it also creates a very dry (and somewhat dull) narrative framework.

Then you have these large chunks of a short story within the story and a play-within-the-play. Plays within the play are great for plays; I find them less successful, in general, in novels. In this case, of course, Martel uses the excerpts from the taxidermist’s play to shed light on the taxidermist’s philosophy, building up to the reveal at the end that’s supposed, I believe, to make us think more about how we portray the Holocaust in our literature. If anything, though, the heavy allegory draping these pages makes for a very opaque theme. If I want to read a book about the Holocaust, I’m going to read a book about the Holocaust. And I don’t really care about Henry’s views on writing books about the Holocaust, because I don’t really care about Henry much.

Indeed, I think I might just have to nix reading any more books whose protagonists are themselves writers. There’s a bit too much navel-gazing that goes on, in my opinion, especially in these highly literary novels. Martel is trying to make some kind of grand point about storytelling, about the potential for books and other forms of literature to help us ask poignant questions about the darker parts of the human condition.

I don’t really care that Henry is having a tough time writing his latest novel or writing in general or that he wants to help a creepy taxidermist. I don’t care about a play within the story about a talking donkey and monkey who want to act like philosophical avatars for the author. Add on to that a somewhat abrupt shift in tone at the end, a twist I neither saw coming nor particularly wanted, and there’s actually nothing in this book that I do like.

I don’t know if I would go so far as to label this book bad. But it’s pretty much emblematic of what I don’t like about CanLit these days: it is a bland kind of story that thinks it is more important than it is, and we need to stop giving out cookies for these kinds of things. We need to stop arbitrarily awarding certain authors the praise and laurels, etc., for writing “serious” fiction while other authors go unrecognized or generally unremarked simply because they happen to be writing about pirates or robots or robot pirates on spaceships (fuck yeah). This is not, I should probably be clear, Yann Martel’s fault—I’m not suggesting some kind of Illuminati-esque conspiracy wherein Martel and Atwood and Boyden meet up in a forest grove in robes and cowls and chant in order to prevent the intrusion of inappropriate works into the CanLit Canon. And our media is slowly starting to recognize different types of fiction these days—very pleased to see something like Madeline Ashby’s Company Town show up on Canada Reads last year.

If you really enjoyed Beatrice & Virgil, all the more power to you. But as I sat in the bath on Sunday morning, toes pruning up and tea slowly cooling, pondering the final pages of this book … I just shrugged. It didn’t intrigue me, didn’t keep me captivated. Certainly did not move me the way one might want a book even tangentially related to the Holocaust to do. Martel definitely has some flair when it comes to experimenting with his stories, but this isn’t the kind of thing that appeals to me any longer, if indeed it ever did. 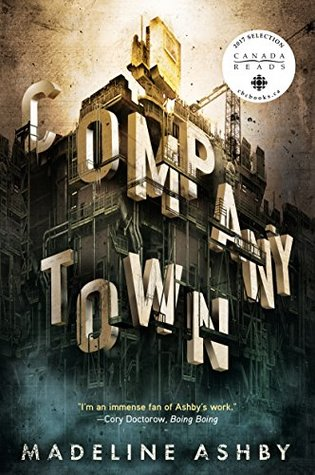 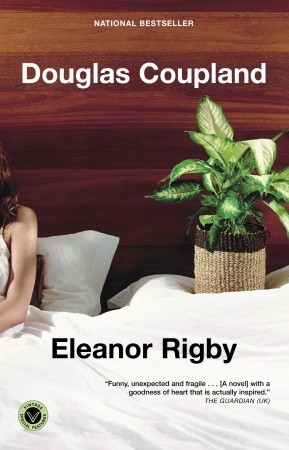