My exposure to politics as a child was, like so many things, gradual and haphazard. There were the overt attempts to indoctrinate me into democracy—vague spectres of mock elections in grade six dance in the deep recesses of memory. There more subtle episodes, such as the late-night satirical sketches of Royal Canadian Air Farce, where most of the humour would go over my head for years after I started watching. There were the disruptive moments, like that day in grade seven when I came home for lunch and learned that someone had flown a plane into the World Trade Centre. I have a particularly vivid impression of listening to the CBC’s broadcast of the BBC World Service late one night the next year, reporters in British accents describing the carpet bombing of Iraq. Slowly, but not gently, my understanding of the world as a political thing was starting to come together. It would be inaccurate to say that my political awakening coincides with September 11, 2001, but it is a useful enough milestone.

I’m kind of Canadian. And I’m proud, for all the complications that come with it, to be Canadian. Yet unlike so many other countries, Canada seems to struggle with its concept of nationhood. It is so common for people to define Canadianness as “not American”. And this is true, to the extent that any identity through negation can be true. But it’s so woefuly inadequate—why don’t we have a better identity?

I’ve moved past the unsophisticated engagement with politics that I had as a child. I am an adult now, and I watch and judge what our leaders do with the harsh, critical eye of adulthood. Stephen Harper stands up and rattles a sabre and makes loud noises about reclaiming Canada’s place on the international stage … and then proceeds to do absolutely nothing of consequence. It’s fair to say that since my political awakening—essentially this entire decade and a half of the twenty-first century—Canada’s position and influence in the international community has done little but decline. Far from bolstering us as a nation to be respected and listened to, Stephen Harper and the Prime Ministers before him squandered the reputation and respect that the leaders of the previous decades spent so long establishing.

In A Fair Country, John Ralston Saul sets out to look at what distinguishes Canada from other former British colonies. He wants to see if our history offers any clues as to what type of nation we could be, what philosophies could embody our national identity. Indeed, he goes as far as to argue that Canada is a métis nation, in that the values built into our democracy and culture from the start of our nation have been heavily influenced by Aboriginal ways of thinking. From here Saul goes on to describe how lingering colonial tendencies have masked this Aboriginal identity, to the great detriment of Canadian society. Finally, he offers suggestions for how we can acknowledge and reclaim our Aboriginal values.

Saul is helpful enough to offer up the book in four parts, which makes it easy to structure my review. He is not quite so helpful to provide an index, which makes it a lot harder to look back and refer to specific passages.

The first part, “A Métis Civilization” addresses Saul’s contention that we are a métis nation. That last phrase needs a little unpacking. The key is in the capitalization: métis rather than Métis. Saul is not invoking directly the cultures and traditions of the Métis people (although they certainly have a bearing on the discussion). Rather, he is using the word métis to describe the blending of anglophone/francophone culture with Aboriginal culture. Some critics pan this part of Saul’s argument because they look around and scoff at the idea of Aboriginal influence on our culture, given the Canadian government’s poor treatment of Aboriginal peoples. I understand their scepticism. But this is also part of Saul’s point, which is that Canada has historically developed as a nation of mixed heritages in a way unique from other former colonies—but that this heritage is now under attack from a reactionary revival of colonialism.

Ironically Saul invokes the idea that Canada is not America to support his argument. He points to the differences in how the two countries treated the indigenous population. Prior to the arrival of European settlers, there was no “Canada” or “United States of America”—there was just one vast continent. Yet the French and British governors who first set up shop in what would later become Canada established more fruitful dialogues with indigenous peoples than did the governors of what would be the American colonies. The treatment of Aboriginal peoples by the Canadian government was (and continues, sadly, to be) just as shameful and unforgivable as that of its American counterpart. Yet, and maybe I’m wrong on this, it seems to me that Aboriginal people and Aboriginal culture are far more visible and in evidence in Canadian society than in American. There has to be a reason for that.

Even if Saul is incorrect, and facets of Aboriginal culture aren’t the essential distiguishing characteristic of Canadianness … shouldn’t they be? They certainly shouldn’t be absent from our national identity. So even if Canada isn’t a métis nation, we should be.

The other major difference between Canada and our southern neighbour (I like to think of the United States as “Canada’s ironic hipster T-shirt”) is that the United States fought for independence while Canada merely asked. All stereotypes aside about Canadians and politeness, and this marks a fundamental divergence in the development of Canada as a nation.

Saul goes on to investigate that development with the second part of A Fair Country, “Peace, Fairness and Good Government” (but not, apparently, Oxford commas—the most colonial of all commas!). He makes a lot out of the fact that, back in the day, the fathers of Confederation talked a lot about “peace, welfare and good government” but that the wording morphed into “peace, order and good government” during the negotiations for independence with Britain. But I admit to being somewhat confused about whether this change is important.

On one hand, Saul suggests that the current generation of politicians has gone overboard on its focus on order, to the detriment of public welfare. (One example of the contrary is the 1849 riots and LaFontaine and Baldwin’s decision not to use military force to stop the rioting: “they chose public welfare over public order”. And I couldn’t help but think about Ferguson, Missouri while I read this chapter, and how the opposite is so sadly true these days.) He sees our government as the victim of excessive bureaucratic feature creep, with a layer of civil servants acting as custodians and handlers of increasingly illiterate (and thus ineffectual and impotent) politicians; these civil servants act predominantly and reflexively to preserve their own positions rather than for the greater welfare of society. This is something to which Saul returns with more vigour in the next part of the book.

On the other hand, Saul’s attempt to trace the replacement of “welfare” with “order” seems to suggest that this was little more than a sop to British interests and colonialistas of the time. (I’m coining colonialista in the same vein as fashionista, as in someone who fancies themselves a supporter of colonialism.) This would then be part of the long line of Canadian tendencies to ignore the written rules and instead obey a series of unwritten rules. By this reasoning, the disappearance of welfare from the slogan is not a big deal.

Part III, “The Castrati”, is an increasingly-terse rant against the “failed elite” who have embraced a neo-colonial mindset in which Canada is constantly sucking up to either Britain or the United States in lieu of acting independently abroad or at home. The title of the part says it all—Saul condemns our leaders mostly for lacking fire, passion, and the guts to do something (even if it is the wrong thing). He criticizes their reluctance to spend money and their lack of transparency. I agree with a great deal of his criticism; I’m no fan of the current or recent governments. Yet this part of the book is a dramatic shift in tone from the rational, even-handed approach of the first two parts.

Part IV seems like an attempt to reconcile these two conflicting tones. “An Intentional Civilization” offers three brief, concluding chapters to A Fair Country that offset the depressing cavalcade of perceived failures from Part III with a new plea for action and hope. Saul focuses heavily on the North and the prospect of restoring Canada’s international clout, to some degree, by trying to play catch-up with other polar nations that have universities in the North and well-established policies. I can’t speak to any degree about how realistic these ideas might be, but I can agree in principle that the North is neglected and that anything we might do with the North has to be done from a Northern perspective, rather than imposed by we Southern types….

It’s fair to say that A Fair Country is what I expected. It’s a meditation on nationhood and identity, part political treatise and part cultural essay. None of it is really all that controversial … and I think that’s part of the problem. I can see how hard-line conservatives might raise their hackles over Saul’s characterization of the “Family Compact” style of governance that he links to conservative views. But that’s an exception in what is otherwise a very centrist and thus moderate book. It’s good, I suppose, that Saul is making an argument that could be embraced regardless of one’s political leanings. Nevertheless, it lacks the fire and sensationalism that could make it anything more than an academic curiosity attractive to intellectuals like me.

There’s also the issue, of course, that this is a book by a privileged white man largely about Aboriginal relations and culture in Canada. Saul is careful to acknowledge his privilege and to include Aboriginal people in his sources. But I think it behoves readers of A Fair Country to consider consulting primary sources of Aboriginal information, even if they might not always receive as high a profile as a book by John Ralston Saul. I’ll freely admit I’ve been lacking in pursuing books by Aboriginal authors (feel free to suggest some for me in the comments!). But I can recommend Feminism FOR REAL, which includes several Aboriginal authors and viewpoints in its essays.

If, like me, you are interested in Canadian politics and culture and want to question the conventional (and frankly insubstantial) presentation of our history we learn in school, then A Fair Country is a good resource. Saul asks interesting, deep questions and raises points that make for good discussion, whether or not you agree. At times he seems to switch gears very quickly, going from academic to polemical in tone without much warning. And even then, he is never quite scathing enough to feel as transgressive as I might like. Canada is a good country sometimes. It could maybe be a great country—it has potential. But a fair country? Not yet. But it’s something to strive for, and it’s somewhat more important than greatness. 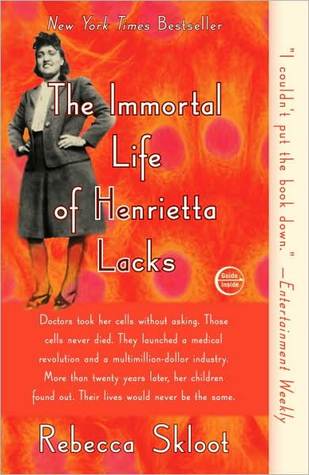 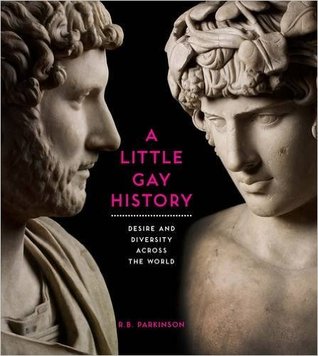