I can’t resist picking up mathy books when I’m in a bookstore. As a mathematician, I love broadening my knowledge about the field—and seeing what passes for “popular mathematics” these days. Thinking in Numbers is a slim volume that promises to “change the way you think about maths and fire your imagination to see the world with fresh eyes”. It didn’t do that for me—but maybe that’s because I already think about maths that way. Daniel Tammet is an exceptionally talented voice when it comes to presenting the inspirational elements of mathematics, so I hope that for people who don’t quite understand why I get so excited about maths, the book does make a difference.

I last wrote about why I love math in 2011. Since then, I’ve graduated from university. I’ve completed research in mathematics and had a paper published. I’ve begun teaching math and English at a high school level. All of these changes have deepened, broadened, and otherwise changed my love for math. As a student, math can be a mystery, a puzzle that demands both ruthless logic and amazing creativity, something that can tickle both the left and right hemispheres of the brain. As a teacher, I’ve tried to make my math classroom as “safe zone” where students can learn, and indeed where they can express a dislike for math, if that’s their opinion. Of course, I’m always out on a little bit of an evangelical mission to change people’s minds. But I’m not asking people to love math; I’m just asking them to reconsider whether they actually hate it, whether they are wrong when they say, “I just can’t do math”. Everyone can do math; everyone does math every day. Math is an integral (no pun intended) part of our society. And it’s just wonderful.

Tammet captures a lot of these sentiments in Thinking in Numbers. This is a very unusual math book, in that it isn’t really about math. It’s a collection of 25 very short essays on topics that relate to math tangentially. There are precious few equations or formulae in this book. Instead, Tammet takes a what I might even call an intersectional approach to math. In one of my favourite essays, “Counting to Four in Icelandic,” he explores how different languages form words for numbers. Some languages, Icelandic included, have completely different words for the same numeral depending on whether what it describes is abstract or concrete (whereas, in English, we just say four regardless). In another essay, he ponders the recurrence of the motif of nothingness and synonyms for zero in Shakespeare’s works. He connects this to the spread of zero, from the Arabic world through Italy to the rest of Europe, during Shakespeare’s time.

The essays are bite-sized. This is a book easy to devour over the course of a few evenings: read a few essays, then put it down and mull over them before going to bed. There is a preface but no conclusion, and there is no overarching connection or theme, beyond Tammet’s obvious love for the relationship between life and math. On a related note, the topics are quite varied. There is little to suggest a pattern beyond different connections between math and life that have occurred to Tammet over the years. This might prove frustrating for people who are used to more forthright or even argumentative non-fiction. Tammet isn’t so much presenting an argument as opening the door to another perspective on the topic. It’s an invitation, not one side of a debate.

Tammet’s writing style always verges on the intimate and philosophical, and he always leans on anecdotes or autobiographical details to furnish his asides. This can work well—I wasn’t familiar with his name, so his account of memorizing and reciting 22,514 decimal places of pi for a new record was fascinating. His essay expounding upon mathematical models using his mother as an example, less so. The book is at its best when Tammet takes a concrete piece of mathematics—pi, calculus, primes—and links to another field, whether it’s the literature of Tolstoy or the possibilities in a chess game. In this way, he demonstrates how math is more than just a series of problems in a textbook, and it’s not just something mathematicians, physicists, and engineers need in their daily lives.

It’s this pervasiveness of mathematics that comes to the fore in this book. The dearth of equations, proofs, and even diagrams attests to this: Tammet is not out to explain mathematics. Instead, he finds and traces the connections between math and life. He talks about how an Amazonian tribe that lacks names for numbers conceptualizes the world. He examines Tolstoy’s use of calculus as an analogy for analyzing history. Having recently read War and Peace, I really enjoyed those little allusions to math. For people who only see the epic as this massive work of literature, however, it might seem strange to think that Tolstoy owes his view of history to math. Tammet teases out the cool, unsuspected ways that math can pop up and connect to parts of our lives, and it’s wonderful.

Not every essay in this collection is amazing. I’d probably recommend this to most of my friends, with the caveat that they shouldn't read the book all the way through. Instead, this is a collection where it's appropriate to leaf through the chapters and read those that pique one's interest. Tammet covers enough topics that there is probably at least one essay in here for everyone. I was sceptical, when I saw the title of the book and read the brief description, that Thinking in Numbers could impress me. It looked so thin, so insubstantial, that I expected it would be too light, too far on the popular side of popular mathematics. Instead, Tammet delivers something that I wasn't anticipating at all—and it works. 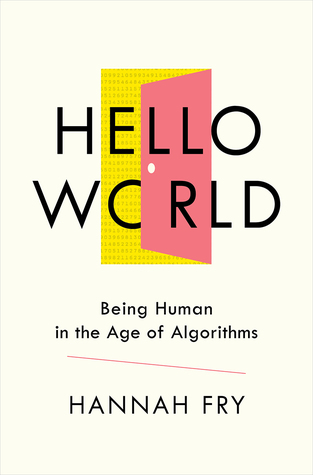