THE SPACE BETWEEN WORLDS by Micaiah Johnson ★★★ | Kara.Reviews
Start End

The idea of the multiverse is captivating, no? The thought that there are infinitely-many yous out there, that at any moment the choice you make diverges you from them a little more. I do so love parallel-universe fiction and other, similar, world-hopping stories, so I was excited for The Space Between Worlds. The fact it has a queer protagonist of colour? Even better! Indeed, Micaiah Johnson isn’t just telling a multiverse thriller here. This is a postcolonial novel about not belonging, about belonging only when you are useful, and how you calibrate your life when that is all you know how to do.

Minor spoilers in this book because it is rather difficult to discuss the story without them, but I won’t spoil anything major.

Cara is one of a small number of people who are useful to the Eldridge corporation as traversers, world-walkers. She is useful because she has died in most of the nearly 400 worlds that the corporation can access. She travels to these worlds to collect information that could enrich Eldridge. But Cara has secrets—for one thing, she isn’t Caramenta from this Earth 0; she is Caralee from Earth 22, who managed to impersonat Caramenta after the latter arrived, broken and dying, on Caralee’s Earth (this is what happens when you try to visit an Earth where your counterpart lives). Matters at Eldridge are coming to a head, because Cara and all the other traversers might be out of a job soon. So she has to find a way to protect her interests, lest she is deported back to the impoverished town on the outskirts of Wiley City that she hails from (in any universe). Unfortunately for Cara, it isn’t even clear who her allies or—or her enemies.

Cara’s secret identity is revealed early in the book (this is why it’s a minor spoiler) and is what got me hooked on the whole plot. Up until that point, I wasn’t sure what Johnson was playing with here—there are so many directions a multiverse story can go in! When she revealed Cara is not actually from this Earth, holy wow, yes, I was so in for stakes like that. As Cara travels to visit her family in Ashtown, and flirts/spars with her handler, Dell, we see the cracks in her facade. It’s hard to pretend to be someone you’re not, even when that person is also you.

Indeed, Cara is a great example of an unlikable protagonist. She is very self-interested and spiky, a result of her rough and difficult upbringing, so she doesn’t fit into the mould of lovable heroine that we might want from a book like this. I like this choice by Johnson, just as I like that Johnson doesn’t shy away from social commentary about the way we (white people and corporations) use Black and brown bodies as labour to build our cities and businesses while simultaneously impoverishing and punishing those same bodies.

There’s also a queer romance hiding in here, although to be honest it was developed in a somewhat slapdash way with far too much of a helping of exposition. That would be my complaint about this book: the characters are cool, but the plotting that brings them together doesn’t always satisfy me. After electrifying me for the first few acts, the final act was convoluted and even anticlimactic.

In the end, I was left wanting more. More use of the multiverse and traversing. More poignant scenes between characters. More careful plotting and exposition in a way that didn’t leave everything so obvious. The Space Between Worlds is intriguing and enjoyable, yet there was something about it that didn’t quite gel for me. 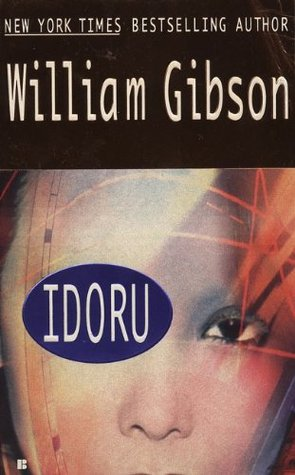