Disclaimer: I received this book for free from the author in exchange for a review. Loves me the free books!

So, I don’t necessarily do steampunk. I understand the appeal (I think) of speculating about what would have happened had the Victorians taken the Industrial Revolution to the next level. But I think that steampunk often runs aground, for me, as resembling too much both science fiction and fantasy. I like my science fiction scientific, with machines and strange sounds and new inventions. And I like my fantasy fantastic, with strange creatures and ineffable magical effects. I’m fine with urban fantasy, but steampunk’s mechanical-style fantasy tends to leave me cold.

Still, I’m always on the lookout for steampunk done well. Bronze Gods was such a novel; its effortless approach to steampunk-as-setting really entertained me last summer. The Glass Sealing reminds me a lot of that feeling. Like Bronze Gods, it is set in a world that is different from our own, not so much alternative history as different dimension. The steampunk nature of this world is a little more in the foreground, with a nebulous miasma known as the Dark Cloud hovering over the city of Southwatch like a malevolent London smog.

It’s worth pointing out here that Southwatch is a shared world owned by the publisher, and that Hudson’s is the third novel set in this world. None of this is evident from the book itself—it’s only after a little research that I figured this out. As far as I can tell, all the main and majority of minor characters are Hudson’s creation, and he’s just working within the bounds of the world as set out by its creators. As with steampunk, I don’t go out of my way to read shared-world stuff—I just find it uneven—but it’s hardly noticeable here.

Into this world Andrew Leon Hudson projects a plot that seems tailor-made for steampunk: workers’ rights and union struggles. If steampower and clockwork are automating all the factories, where are the jobs for labourers? I am a union man myself, being a teacher, but I also feel ambivalent about the types of workers movements portrayed here: I’m not sure I can approve of people fighting for the right to such hard and dangerous labour when it can be performed better and more safely by machines. That’s OK, though. Hudson presents perspectives on both side of the debate, and it’s interesting to see the characters change as the worker issue evolves over the course of years.

Southwatch also reminds me a little of New Crobuzon, albeit without much of the trademark Miévillesque weirdness to its denizens. It’s more traditionally human, with the notable exception of the enigmatic Skipjack, a strike-breaking robot that seems to possess consciousness, and a mysterious “fae” being that possesses power tied to the omnipresent Dark Cloud. I’m not sure how much of this is Hudson’s creation and how much is indigenous to the world, which would explain why he doesn’t go into as much detail with some of these beings as I would like. But there’s more than enough going on in Southwatch to keep a reader interested.

The story follows a basic dualistic structure between Arthur Singleton and Jocelyn Duville, with brief forays into the perspectives of other characters. I like this structure, and I like that Hudson has the story advance considerably in time so that we can watch Singleton and Jocelyn change a great deal. However, the chapters are very long—it’s a reasonably-sized novel with only about seven chapters, and while there are plenty of scene breaks within each chapter, it still makes for awkward reading in smaller chunks like I’m forced to do during the week.

These cumbersome divisions mirror the somewhat lumbering pace of the plot itself. A lot happens in The Glass Sealing … but it also seems like not that much happens at the same time. Hudson is always moving the goalposts, so just when you feel like you’ve settled into the rhythm of the book, suddenly he introduces something new that upsets the balance. This is not inherently a bad thing; it’s good for a book to keep me on my toes, keep surprising me in new ways. But I never quite felt comfortable with The Glass Sealing; reading it was always more interrogative than collaborative.

Still, the story itself is good enough that despite those issues of pace, I seldom wanted to stop reading or put the book down. Hudson makes me care about the plight of the citizens of Southwatch, and he deftly mines the class and social mobility issues of Victorian England for a sturdy social backdrop to the story. I simultaneously wanted Jocelyn to succeed and to fail: she is a protagonist and an antagonist, depending on one’s point of view. Her idea of the ceiling/sealing (hah) is just so phenomenally bad for the majority of people in Southwatch, and the fact that no one in her sphere of influence even voices that opinion shows how far gone the elite are in terms of their relationship with the lower class.

The moral ambiguity and shades of grey in this book are its most intriguing quality. Just as Jocelyn’s goals are not exactly laudable, Singleton’s own actions leave much to be desired. His experience with the fae leaves him … messianic. And so his new role as leader of a strange, cult-like worker’s revolution is bad news. Hence, Hudson has a talent for creating conflict and stoking the fires ever so gradually until they lead to an unstoppable and terrifying conflagration of a climax.

The Glass Sealing is a good first novel. It’s a story with a powerful central struggle and characters who are not so much at odds as they are at acute angles. Southwatch is a city where everyone has their own interests at heart, but those interests are shaped and warped by an upbringing heavily influenced by the level where one has grown up. Into this society, Hudson projects a powerful plot in which characters conspire to break the chains of their class or leave their mark on the city’s history.

It’s not going to change your mind about steampunk. I’m not finding myself in urgent need of another steampunk infusion; I’m not even all that enthusiastic about checking out more of the Darkside Codex. But that’s OK—The Glass Sealing works as a standalone novel. I’d be interested to see what Hudson has planned next, whether it’s something else in this world or a world of his own. While The Glass Sealing doesn’t exactly break many barriers or expand many boundaries in terms of genre or quality, it does showcase the possibilities of a fertile imagination combined with a well-structured world. 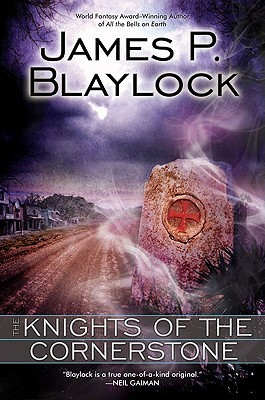 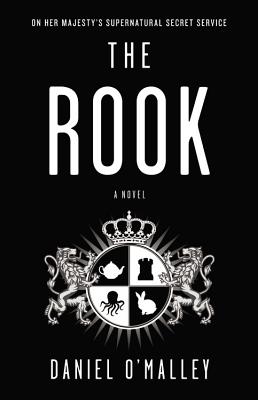