I wouldn’t necessarily describe myself as anti-American, but I will cop to having anti-American sentiments. I have plenty of American friends, but I chose to move to England before the United States—and, to be perfectly honest, I don’t think I could ever bring myself to live in the United States. There are just some ideas so apparently entrenched in American society that seem so backward to me. And I know my American friends understand—a lot of it seems backward to them too!

It’s something of a trend these days to discuss the “hijacking” of American politics. Corporations have hijacked politics; ultra right-wing evangelicals have hijacked politics; Tea Party patriots have hijacked politics … at this rate, if Bigfoot hasn’t hijacked politics by December, I will be disappointed. There is, of course, a great deal of truth in some of these perspectives, and these discourses are valuable. At the same time, one should not neglect the fact that the United States has always been in a state of uneasy tension between religious freedoms and religious establishment, between liberal and conservative, between society and business. So much of the hijacking happening today is not so much an aberration as it is the latest recurrence in a long line of such events, as Simon Schama attempts to demonstrate in The American Future: A History.

Here are some things I learned from The American Future: A History. Some of them are obvious, yes, and probably don’t require a book to become evident. But it’s always good to be reminded.

There were no “good old days”. Well, maybe if you were a rich, white, European male. But if you’re a rich, white male today, wake up and stop complaining: your days are still pretty good. The idea that the United States of the past was somehow a golden land of opportunity and prosperity, and that it has since declined into its present state, is a myth. Imperialism, racism, and colonialism have always been a part of the United States of America. The religious persecution that so many of the original colonists fled in coming to the shores of the New World eventually caught up with them, and Catholics, Jews, and the apostate Protestant sect of the week were routinely barred from livelihoods and politics. Let’s not even get started about slavery.

Despite the bad, we too often forget about the good. In our rush to cringe at the past, sometimes it’s easy to overlook the people who stood up against tyranny and oppression. I’m not talking about George Washington, Thomas Jefferson, and other revolutionaries or Founding Fathers. I’m talking about the people who, quietly or not, worked tirelessly on behalf of the disenfranchised, the minorities, every group who did not get a voice in the system. From Return Jonathan Meigs to Fred Bee, there were numerous good people who deserved to be remembered for trying to stop oppression and atrocities, even if they were ultimately unsuccessful.

Hero worship is for losers. The way—or at least this is how it seems from my perspective as an outsider—Americans are taught to venerate the Founding Fathers and other such historical figures without much time spent on more critical perspectives really concerns me. I understand that it’s a big deal that these people helped liberate the colonies from British rule. But they weren’t gods; they were ordinary, flawed individuals. Jefferson had some good ideas. He also owned slaves. And, while his attitude towards the indigenous peoples of the Americas was not as antagonistic as Andrew Jackson’s, it still rested upon the principles of Eurocentric, cultural assimilation. And from what I read about the various textbook guidelines being pushed in certain states, I doubt these views are being explored. And it’s a shame, because if there’s one thing studying any history, from the United States or elsewhere, can teach us, it’s …

We can do so, so much better. We’ve got a long way to go. In the two centuries since gaining independence, the United States has changed greatly—but in some ways, it and the rest of the world continues to repeat the same old mistakes. Claiming we are superior to the people of the eighteenth or nineteenth centuries, that we’ve learned our lessons, is misguided at best and woefully delusional at worst. It will be interesting to see what historians two hundred years hence write about our intolerance and indiscretions.

But I’m still an optimist. Even if I would let myself, I can’t bring myself to yield to despair and the cynical proposition that we have finally achieved that crucial intersection of environmental irresponsibility, cultural apathy, and anxious nationalism that will somehow doom us all. History shows that humans are really, really good at screwing things up. We’re also really, really good at surviving our mistakes, in one form or another.

And armed with the knowledge of—and more importantly, the discussion sparked by—history, we can do better. Schama’s history, like a lot of popular history books, tends to focus on episodic accounts of individuals’ contributions. It’s easier that way; we like narratives and we like protagonists. And while that doesn’t always provide an holistic view of the era, it does recreate one salient feature: individuals can make a difference. I’m trying not to get too trite and inspirational here, and I’m not going to wax poetically about how one person can change the entire world. Chances are, most of us are going to go on to lead fairly unremarkable lives and fade away without too many people remember us. (Though we individuals output more information about ourselves than the entirety of the nineteenth century put out, so much of it these days is digital and therefore ephemeral.) But just because we skim along the surface instead of swimming in the deep doesn’t mean we are unimportant, or that our actions have no effect on this world around us.

The American Future: A History left me with very mixed emotions. On one hand, I had been treated to a greatest hits playlist of some of the United States’ most insular and bonehead moves. On the other hand, as you can tell from the above paragraph, Schama manages to convey that contagious optimism emblematic of the 2008 American presidential election. Schama starts by setting himself a goal of exploring where the United Sates might by going by looking to its past. In this, I think he is successful. That being said, I can’t give this book high marks in every category. Schama is very good at belabouring his points and overstaying his welcome. We spend so much time on certain episodes, such as Montgomery Meigs. I enjoyed it, but it was also a little exhausting. Schama’s use of detail is both a blessing and a curse.

As a Canadian whose grasp of American history is probably rudimentary at best, I certainly found this book informative. It was also helpful in a more general sense, for it illuminates the sources of certain cultural habits Americans often express that can puzzle the rest of the world. We learn about manifest destiny in school, but we don’t necessarily understand its origins—now I kind of do. I recommend this book for non-Americans who are trying to understand why some Americans think and act the way they do. American friends, we know not all of you are crazy, and we’re trying very, very hard to put up with those of you who are. But some of us are running out of patience, and it’s time you step up, mmkay? Because the American future is coming, and I want it to be a good one. 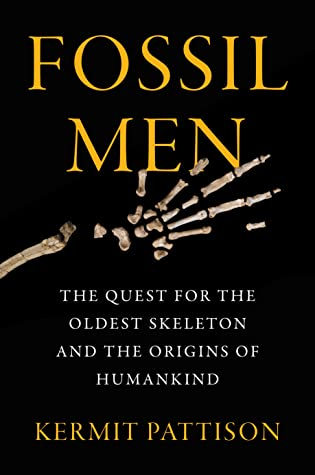 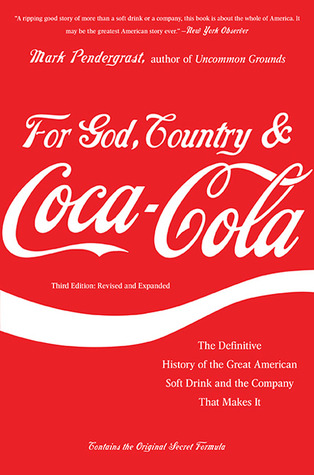 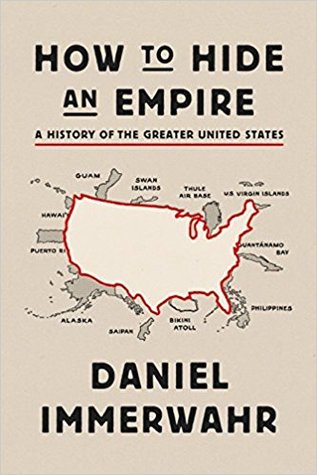