I entered the Metaverse ignorant of the fact that Snow Crash was first published in 1992 (i.e., pre-Internet). Hence, it took some time for the book to endear itself to me, because my reaction to the Metaverse, a virtual reality, was filtered through my experiences with the Internet. As such, I first found Neal Stephenson's depiction of virtual reality as camp, reminding me much of Net Force and its ilk. In other words, Snow Crash presents a dated version of cyberpunk. I had to compensate for my exposure to more advanced technology before I could enjoy this book.

The plot of Snow Crash entranced me once I figured out what was going on. Aside from the fact that Stephenson reveals it mostly through exposition, the plot and themes were quite interesting. While I suspect he was quite liberal in his interpretation of Sumerian history, he nevertheless weaves that interpretation into a compelling story, complete with heroism, high-risk sword combat, and crazy technological gambits to take over the world. The book has nary a dull moment, beginning with an epic pizza delivery (yes, pizza delivery can be epic when the Mafia owns your pizza franchise!) and concluding with a helicopter/aircraft carrier battle and escape. Somewhere along the way, Stephenson infuses archaeology and a little linguistic mysticism ... and it works, which may be the most surprising observation of all.

The primary protagonist, named Hiro Protagonist for reasons I never quite comprehended, isn't a great character. He's an uncomfortable mix of competent and idiotic, and his relationship with the Love Interest, Juanita, is uninteresting. As an Action Hero, Hiro works. He can swordfight and program. In this respect, I think that Snow Crash's target audience, the wannabe-cool hackers of the '90s, would identify a great deal with Hiro. Now, however, he just seems obnoxious.

The secondary protagonist, Y.T., is more interesting. She's a fifteen-year-old street smart skater (a Kourier) who's smarter and perhaps even bolder than Hiro. Maybe it was her gender, or her youth, or just the fact that I liked her better than Hiro, but I always felt more concerned when she was captured by the villain than when Hiro's life was threatened.

My favourite part of Snow Crash, however, lies in the secondary characters, namely Uncle Enzo, L. Bob Rife, and the Librarian. Uncle Enzo is the head of the Mafia, which is the epitome of a "family business." He befriends Y.T. (and, by extension, Hiro), transforming slowly from unknown quantity to respected ally. The reader is led to believe at first that Uncle Enzo may be a potential antagonist, but we then learn that's not the case; Enzo plays a pivotal role in the climax leading to our protagonists' triumph over the villainous L. Bob Rife.

Rife represents a particularly nasty form of capitalism, one which compromises the wellbeing of its workers in order to exploit maximum profits. Rife recognizes the instability of his business, however, and stumbles across a way to solve the problem: he intends to remake the world by rewriting the infrastructure of our brains. Within the context of the story, the threat seems believable. And with Rife's monopoly on telecommunications, beating him is a tall order. Fortunately, Hiro has help on his side: a wise sidekick in the form of a program called the Librarian.

The Librarian is the primary vehicle of exposition for Snow Crash's main plot, although Hiro himself explains to us the entire, assembled puzzle closer to the climax of the story. One could also make the argument that the Librarian is the direct hero of Snow Crash, since he reads out the syllables that foil Rife's plans. My distaste for excess exposition aside, I enjoyed the Librarian. He was a nifty guy.

A shout-out to Fido, aka Rat Thing number B-782! Unfortunately for Fido, Stephenson's ability to incorporate disparate characters can occasionally lose coherence. He introduces several minor characters who turn out to have absolutely zero bearing on the plot itself; sometimes he does this fort he sake of perspective, i.e., we get to see the character's reaction to something Hiro or Y.T. does. This is occasionally effective but mostly feels redundant, as in the scene when Hiro buys a motorcycle.

A larger problem with Snow Crash is the resolution, or lack thereof. The climax is satisfactory, but the book abruptly concludes without much wrap-up. Although I wouldn't want a lengthy Lord of the Rings-style thirty page epilogue, I was looking forward to some closure regarding the future of Hiro, Juanita, and Y.T. Do Hiro and Juanita live happily ever after? Do Hiro and Y.T. stay in business together? Does Da5id ever recover from the Snow Crash virus? Unfortunately, we don't get the answers to those questions.

Snow Crash is all the more impressive today, now that we have a working sort of "Metaverse" (the Internet) to compare to Stephenson's model. While its flaws are somewhat obvious, they mar the book more as an artistic work than as an entertainment device. Stephenson depicts a wonderfully exaggerated post-capitalist dystopia, where the Mafia delivers pizzas to "burbclaves" and bulletproof cars are a must. I suspect that if similar works dealing with simulated reality, such as The Matrix, hadn't launched when they did, Snow Crash would have been made into a successful film. 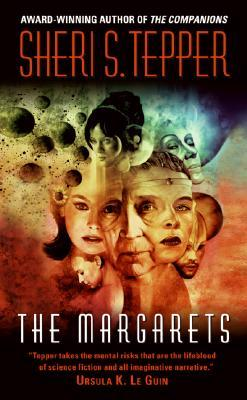