Look, this isn’t really a novel.

Seriously. I know that it has that stupid “A Novel” subtitle that dangles off the end of a book’s cover like an appendix because some publishers worry that readers are too dumb or lazy to look at a book’s description to figure out if it’s fiction or non-fiction. But in this case, that label is a lie—or at the very least, a simplification. Seveneves is not a novel. It breaks all the rules and conventions of the novel form, and that’s not because it’s poorly written—it’s because the book is not trying to follow those conventions.

Time was, see, you just couldn’t publish a nearly 900-page hardcover book like this. The printing and binding machines would groan and creak. The publishers wouldn’t have it, and the editors would rise up and smack down any author who thought they could get away with such hubris. If this had been published fifteen (maybe even ten) years ago, it would be at least two books. Innovations in the technology behind publishing, both in print and digital form, and corresponding evolution in the thinking about publishing, allows authors to experiment with what, exactly, constitutes a “book.” The publishing industry isn’t dying. The novel itself is not dying—but, much like the human species in Seveneves, it might be diversifying.

Seveneves is closer to a fictional non-fiction account than anything. There’s almost an implication that the first two thirds of the narrative, before that big 5000-year jump advertised in the cover copy, is straight from the historical Epic that gets referenced in that last third. And throughout the novel, Neal Stephenson focuses more on the how and why of things than the who and where.

To put it another way, Stephenson does not give a shit that he has written a 900-page book that is almost 90 per cent exposition. Come at him, bro.

So if you go into this expecting a straightforward narrative with some science-fictional gloss … well, clearly you haven’t sampled any Stephenson before. But even as a Stephenson veteran I raised my eyebrows at how transparently he raises the middle finger to the conventions of plot and characterization. This book is literally pages upon pages of the scientific equivalent of erotic literature: explanations of orbital mechanics and near-Earth spaceflight, discourses on genetics and evolution and geoengineering. And, once in a while, when Stephenson needs to shift gears or change topics, some fictional creation wanders into frame to give him an excuse for that.

To say that Seveneves delivers Big Ideas is like saying that the current political situation in the United States is crazy—that is, a huge understatement. Seveneves reaches around, taps you on the shoulder, then punches you in the face with a Big Idea; when you come to, you find that you’re strapped to a conveyor belt built on Big Ideas and moving you headfirst towards a terrifying guillotine of Big Ideas. And that’s just the first 600 pages.

I don’t really want to get into the minutiae of these ideas. I found some plausible and some not, and sometimes the parts I was sceptical about turned out to be Stephenson being clever and showing that he was sceptical too. For example, I initially balked at the idea that people would so readily accept the Earth’s doom. Look at the number of people who deny that the Earth is warming (let alone that humans are the primary cause). No way would people so readily accept “science” telling them that the moon’s remnants were going to fall into the atmosphere and kill all life. So I was sceptical the world governments could get their act together and actually achieve this whole Cloud Ark thing; it goes too smoothly for my tastes at first, but Stephenson makes up for that later on.

Unfortunately, I started getting bored towards the midpoint of the book, and I completely—I mean completely, almost going to put this down forever—lost interest after the 5000-year jump. A reader can only take so much infodumping. Unlike a work of non-fiction popular science, Seveneves is as much about a fictional human civilization as it is about explaining physics and biology. Despite flouting many precepts of the novel, Stephenson remains tied to the syntax and semantics of fictive storytelling. In many ways, this book reminds me of Always Coming Home, which likewise depicts and explicates a fictional human society through a loose storytelling lens. In Le Guin’s case, however, she wasn’t trying to use this as a vehicle for showing off her knowledge of science. Under this added weight, Seveneves sags and then drags.

As I concluded in my review of Always Coming Home, I can admire the literary prowess and ambition these books display without actually enjoying them all that much. Seveneves demonstrates a zeal for experimentation and a love of science that stands Stephenson in good stead: I’m happy he continues to write and exhibit such creativity. I’m not all that enthusiastic about this particular product of that creativity. I don’t recommend this for a casual reader trying to dip into science fiction or Stephenson’s work. For fans or hardcore science geeks this book might have more to offer, but you should gird yourself before you wade into this particular arena. 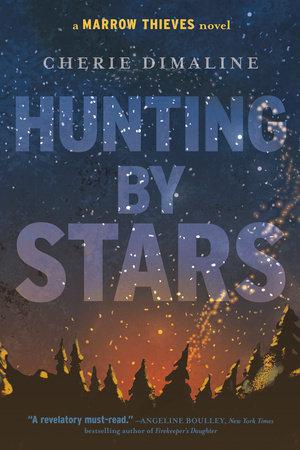