PHYSICS OF THE IMPOSSIBLE by Michio Kaku ★★★ | Kara.Reviews
Start End

I was never promised a flying car.

What I mean to say is that my generation was never the generation of flying cars. We grew up knowing better. It’s been seventy years since we started breaking open atomic nuclei to harness their incredible capacity for destruction and creation, and we are still sucking fossilized plants from the bowels of the Earth and lighting it on fire as fuel. My parents grew up watching men go to the moon. I grew up watching NASA’s budget bleeding out on the table, their shuttle fleet slowly becoming more obsolete and decrepit until it was only a matter of time that Challenger repeated itself. The euphoric spirit of technological progress that had so long balanced its darker fear of nuclear apocalypse waned, its promises seemingly hollow.

Of course, that’s not to say that my generation hasn’t been promised things, or that we haven’t been promised good things. Global warming and economic recession aside, we’re being told that computers are going to continue to shrink and become more mobile. Wearable computing is just around the corner (hello, Google Glass). My car might not fly, but it will probably drive itself. And, if Kurzweill and his buddies are right (they probably aren’t), we will either be immortal or computer uploads by the middle of the century, so hey, how bad can it get?

I say this all just to underscore the constant tension between what we have now and what we might have, what we envision as our future for science and technology. This is an entire academic field, one that is as important as it is dangerous in the sense that nothing it says can really be trusted, but we ignore what it says at our own peril. Futurists are increasingly valuable, because it seems like Gibson is right about the future already being here, just not evenly distributed—but they are human, like the rest of us, and fallible, prone to overexcitement and unable, sometimes, to step back from something in which they’ve invested so much time and energy.

I wouldn’t necessarily call Michio Kaku a futurist, but sometimes he plays one in books. Physics of the Impossible is his stab at categorizing certain things that are impossible now but might not remain that way forever. For example, the type of teleportation you see on Star Trek won’t be putting airlines out of business any time soon—but does teleportation really go "against" the laws of physics, or is our technology and understanding of physics just not there yet? In this way, Kaku distinguishes between things that we might be able to do in the next century or so, things we might be able to do in the next few millennia when we grow up, and things that we won’t ever be able to do unless our understanding of physics drastically alters. These Class I, II, and III impossibilities form the backbone for the structure of a book that is a mixture of physics lecture, geeky enthusiasm for cutting-edge tech, and optimism for the boundless ingenuity of the human species.

Kaku’s classification approach is a very useful one. We bandy about the word “impossible” quite often. The lay public, the scientifically-literate public, and the scientist public all seem to have different ideas about what it might mean, much like the confusion over the “theory” of evolution or “law” of gravity. Is anything really impossible? (The answer is yes, things that are logically impossible, but that is a much smaller domain than what we generally refer to when listing impossibilities.) Kaku has taken the time to give “impossible” a more well-formed definition that we can actual use. In this way, even if one’s understanding of physics is quite limited, one gets a better sense of the relative difficulty of creating or harnessing some of these phenomena.

The book contains ten Class I impossibilities, three Class II, and two Class III. The first category includes such things as teleportation, telepathy, and psychokinesis. From this, it’s clear that Kaku is either using a very loose definition of “within a century” or is incredibly optimistic about our how much progress we’ll make in the next century. Think “best case scenario”. In some cases, such as with telepathy and psychokinesis, Kaku doesn’t so much explain possible physics approaches as point to existing technology (brain-computer interfaces) and upcoming research (brain-mapping projects) and enthuse about how much we’ll probably learn in the next few decades. Hmm. In other cases, such as with force fields and invisibility, he seems to present the challenges of replicating what we see in Star Trek and other science fiction much more realistically. While this might not be as reassuring, I definitely find it more interesting.

I learned lots of interesting tidbits about physics from this book. I love reading books about physics, although lately the more I read, the less I feel I understand. Quantum physics is just so weird—and yes, I know that if this is the way the universe actually works, then technically that makes quantum physics the ultimate standard of normality. However, it’s still weird, OK? And the more you learn, the weirder it gets, until you’re so far down the rabbithole it doesn’t matter how many blue pills you take; you’re not going home, Alice.

Physics of the Impossible is a little more “pop sci” than many of the other physics books I’ve been reading lately, such as The Universe Within. There is only one equation in this book, and it’s one you’ve all seen: E = mc². Kaku doesn’t go into too many concepts in depth—he tosses out certain facts that I was able to accept, because I’ve been exposed to these ideas in other books, but they might cause another person to doubletake. I think it’s asking a little much to expect him to give in-depth treatises on all the concepts he touches upon, though. There’s just so many. It’s one of those situations where, if something intrigues you or confuses you, you should seek out a book specifically about that subject. Since this book is lighter on a lot of the explanation, I suspect that many more people will find it accessible.

My favourite fact is one I have not, as far as I remember, seen mentioned before: antimatter is actually just ordinary matter travelling back in time. How cool is that? And as a corollary, it’s possible that our entire universe is just a single electron travelling back and forth through time infinitely many times.

And you know what, I get so frustrated with technology sometimes. Some days I feel like I’m living in the future. Other days I wonder why everyone else seems so happy with their mobile devices while mine chug along at a sluggish pace. But maybe it doesn’t matter if I never get a flying car, or self-driving car for that matter. Sometimes, it’s reward enough just to learn the true depths of the weird and wondrous place that is our universe. Kaku definitely captures that here, and he does it in a way that is both edifying and gratifying. 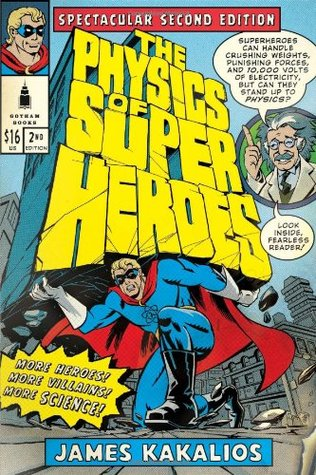 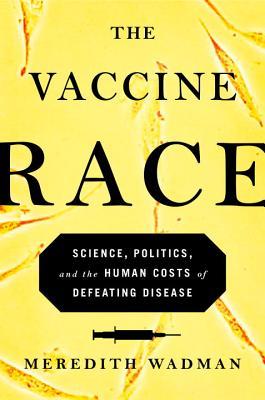