So you’re fourteen years old, and you’re on a vision quest. It’ll be another hundred years or so before Europeans show up and tell your people that, actually, Turtle Island is going to be called “North America” and was empty before they showed up. But I digress. You want to get a vision so you can become a man, but this stupid turtle just won’t shut up … ohhhhh.

Meanwhile, you’re fourteen years old, and you’re walking along the train tracks, even though your dad told you not to, because who listens to their dad? He’s just a police officer with a totally rational fear of his kid getting hit by a train. You’re just minding your own business, avoiding a bully and saving a train from derailing because one of the tracks is out. You didn’t ask to meet Gathering Cloud and help him fight off a wendigo.

It’s always a pleasure to receive as a gift a good book that you would otherwise probably not know about. My friend Carly gave me Out of Time because she was intrigued by the promise of a time travel novel set on the shores of Lake Superior and including Anishinabe mythology. The lives of two fourteen-year-old boys from very different times and places collide, allowing them to work together to vanquish a monster and learn more about themselves in the process. It’s an adventure combined with an after-school special in that most Canadian of storytelling traditions.

Out of Time succeeds largely because David Laderoute keeps it simple. There’s a contained cast of characters, a clear enemy, and a clear goal. The plot is simple too, the arc almost predictable—but that doesn’t mean it’s unfulfilling. The way Laderoute allows the boys to defeat the wendigo temporarily, only for it to come back stronger and with a vengeance, is pretty clever. While the moments of moral clarity, as I want to call them, are a little heavy-handed, I think this is a common problem in YA (and maybe I’m wrong to call them a problem—maybe they should be this way, and it’s only my overexposure to Star Trek: The Next Generation that makes all this moral stuff look obvious to me).

Time travel gimmicks and cultural allusions aside, this is a novel about courage in the face of selfishness. It’s about being prepared to sacrifice, and about knowing when you need to stand up for others even if you’re going to get hurt in the process. It’s about choosing your battles, knowing when to wait instead of rushing forward, and always respecting and listening to the counsel of others. There is plenty of “message” here, but it’s paired with a fairly slick action-adventure. Moreover, the book generally avoids falling into any of the sundry sub-genres that seem to have sprung up in YA in the past decade: it’s not dystopian, or about gangs, or overly-concerned with high school and dating. There are no vampires, werewolves, angels, or ghosts here. Well maybe ghosts. And I’m not trying to disparage those sub-genres or tropes if they are your thing—but if they aren’t, then you’ll find Out of Time that refreshment you want.

And of course, as a Thunder Bay resident, there’s always the thrill of seeing one’s home turf portrayed in a book. In this case it’s the smaller, fictional community of Stone Harbour. But it feels very Thunder Bay at some moments, and that’s what matters.

Gathering Cloud and Riley are both viable, vivid protagonists. They are similar in a lot of ways, as energetic and inquisitive fourteen-year-old boys are wont to be. Laderoute points out their differences across time and culture but doesn’t belabour the point. Handwaving the magic of the time travel and the language barriers aside, there’s the right amount of confusion when the two first meet, and of course the hilarity of Cloud trying to navigate a world of telephones and trains. I sincerely hope that he didn’t catch any diseases while in our time. It would suck if he went back to the past only to communicate something to his entire tribe. We’re going to be optimistic here and say that didn’t happen…. Similarly, Laderoute doesn’t give us much perspective on whether Riley uses this as an opportunity to continue learning about First Nations beliefs and culture. Again, let’s be optimistic.

Although Out of Time features a creature of an Indigenous myth as its antagonist, not to mention several other prominent spirits, it actually doesn’t portray any contemporary Indigenous people. Riley attempts to pass Cloud off as “an aboriginal kid, you know, from the reserve up the highway,” a dubious proposition at best. And look, it’s great to increase the visibility of Indigenous cultures, beliefs, and ideas in this way, and to show someone like Riley interacting positively with an Indigenous person from any time. However, I just want to use this opportunity to point out that what we really need in our contemporary Canadian YA market are more books that feature relationships between white and Indigenous youth. Moreover, with this approach Laderoute inadvertently perpetuates a common trope: Indigenous peoples are figures of the past and erased or invisible in our present.

Moreover, I think it’s worthwhile to question whether a story like this Laderoute’s to tell at all. From what I can gather from the biography at the end of the book, he does not identify as Indigenous. He mentions the work of Basil Johnston, noted Anishnaabe author and scholar, as a big influence and source of his knowledge. Stories about Indigenous people and their culture should be told by Indigenous people. That’s not to say you can’t include an Indigenous character in your work if you’re settler—but to take aspects of Indigenous culture, as Laderoute does here, and use it for the central plot, can easily become appropriative and irreverent. As a settler myself, however, it is not my call to make. I just want to raise the issue, since it is important to be mindful of these facts any time one reads works by settlers that feature a lot of Indigenous characters/concepts.

I could have done without the smaller-than-normal font size and the spacing between paragraphs. Conventions exist for a reason; break them at your peril. ’Nuff said!

Out of Time has a good plot and great pacing. Other than the protagonists, the rest of the cast isn’t very remarkable. I enjoyed that Jonah was more than a two-dimensional bully. However, your enjoyment of this book is largely going to come from whether you manage to care about Riley and/or Cloud and their battle against an evil spirit.

I’ll end off by saying that I am always a little more than sceptical when approaching books from small presses and by local authors. This probably isn’t fair of me, but I am only human. I’m trying really hard though to convey the fact that I enjoyed Out of Time. Neither the characters nor the subject matter happens to be what I typically read in YA (or elsewhere), despite the inclusion of stuff like time travel, so it’s hard to say this book excited me or left me tingling. All other things considered, though, it’s pretty good, and I’d recommend it if it sounds like something your speed. 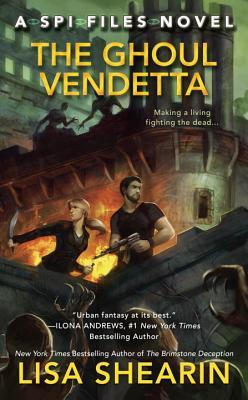