I’ve had Jumper on my computer for a while now and never got around to reading it, not sure why. Sometimes with books like that, I feel extra trepidation going into it. Why haven’t I read it yet? Is it because I can sense it’s bad? What if I don’t like this book?? I’m on vacation; I want my reading to be good!! Fortunately, although by no means a home run—by dint of Gould’s somewhat blah narration—Jumper managed to captivate me and keep me reading right until the end, and I’m almost tempted to pick up the sequel now.

David Rice first discovers he can teleport while being beaten, again, by his alcoholic and abusive father. David quickly becomes more adept at jumping, as he calls it, and runs away from home, ending up in New York City at seventeen with no diploma, no ID, and no money. So he robs a bank! Set up with riches, David quickly discovers life isn’t that simple. He falls in love, but being an autodidact with a lot of money isn’t enough. It doesn’t fill the hole left in his heart, the one asking him to search for his mother, who left him and his dad when he was younger. And then, of course, government agents get involved….

I do have to give Gould credit: teleportation is a fun superpower to have, but it would be so easy to screw it up as a plot device. Instead, Gould gets creative and fairly practical with the ways in which David exploits his ability. There are sensible limitations on it, but Gould also considers how the ability would shape David’s understanding of how he should navigate the world. For example, at one point David starts constructing a little hideaway house in a remote part of the Texas desert. For a long time, he doesn’t bother building a bathroom (and thus figuring out all the attendant plumbing requirements); when he needs to go, he just jumps somewhere else with a bathroom. It makes sense. Similarly, Gould writes combat/fighting that David engages in with an eye for how teleportation would help (or hinder) the experience.

I also really liked how Gould doesn’t shy away from David’s mental health considering his abuse and abandonment issues. More than once, Millie suggests that David should see a therapist—this is a good idea. And it’s clear from their interactions, as well as a lot of David’s other dialogue, that he is aware of his issues. He wonders if he has an inclination towards alcoholism like his father. He realizes when he isn’t “being rational” about something. Although running away and living independent forces him to grow up and act more adult than his years might credit, deep down he is, in many ways, a scared kid.

My major critique, though, is about David’s narrative voice. It’s just so flat. I spent the first half of the book wondering if Gould was intentionally trying to make David come off as psychopathic, because it almost felt like he was faking his feelings. He’s so cold and logical, the way he describes all his decisions. Eventually he exhibits a lot more emotion—but even that’s portrayed in a flat way that makes it feel hyperbolic or somewhat disturbed. And it took me a while to decide whether that was intentional or not. I’ve landed on the side of it being fairly unintentional, of it being Gould’s style and skill (or lack thereof) in establishing a narrative voice. It’s a shame, of course, because the entirety of the novel gets filtered through David’s head, and so I can understand why someone might toss this book just because of this issue.

I also don’t know why David and Millie are together beyond reasons of plot. What, exactly, do they have in common? David tells us he loves her and is basically obsessed with her (Millie is much better at boundaries). But after that initial meet-cute at the musical, we don’t actually observe them sharing many common interests. Millie is a university student and David is a somewhat younger high school dropout who, yes, has educated himself fairly decently, but still … what exactly does his do with his free time, other than read and practise his jumping?

Gould is great at describing how David overcomes the practical challenges of living on his own and how jumping factors into this. He is not so good at describing David’s emotional journey, despite this being such a core motif in the book. Gould aims for a powerful theme—something along the lines of how having more power doesn’t necessarily let us get what we want, because sometimes the things we really want, like the return of a loved one, are unattainable no matter how much power you have. Yet the execution feels bumpy and inconsistent.

Jumper is a book where the concept is so fascinating you almost wish you could distill that and only that, but no, you have to wrap it up in a plot and characters so you can have a story. And the story itself is only so-so, hampered by a writing style that just does very little for me. Lest that sound too harsh, consider that I still enjoyed reading this over two days while on vacation in Montreal, when I could very easily have abandoned it to something else on my Kindle. So there’s that. 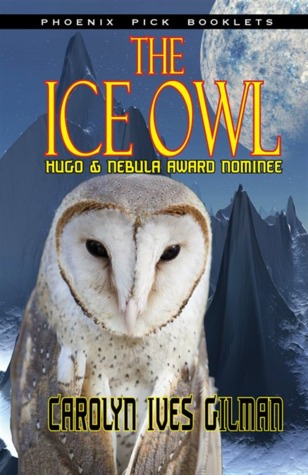