It’s not very often that I commend a blurb. I prefer to mock them, especially for their brevity or generic flavour—fantasy and science fiction are particularly guilty of this. For Homage to Catalonia I can make an exception: my edition has a blurb on the back cover from Antony Beevor, who calls this “an unrivalled picture of the rumours, suspicions and treachery of civil war.” This describes the book perfectly.

A couple of burdens of ignorance to confess before we begin here. Firstly, I had no idea there was a Spanish Civil War until I picked up this book. If any of the various books related to the early twentieth century or to World War II that I have cracked open since the days of Grade 10 history class mentioned a Spanish Civil War, such passing allusions have long fled my mind. I’m somewhat ashamed to have such a massive gap in my historical knowledge, but there you have it. At least I’ve filled it in with a firsthand account from one of England’s great twentieth-century writers!

Secondly, I didn’t realize this was non-fiction until I started reading the introduction. See, I didn’t set out to read this book. George Orwell is one of those authors whose oeuvre, at least these days, is overshadowed by one or two masterpieces—Nineteen Eighty-Four and Animal Farm in his case. For the vast majority of anyone who reads Orwell, one or both of those works are their introduction, and usually the totality of their Orwellian experience. His other works lurk on the fringes of popular perception. Some, like his essay, “Politics and the English Language” are more prominent than others. Suffice it to say: I had never heard of Homage to Catalonia until a colleague at school offered me a copy—she had accidentally ordered two. I don’t turn down free books, let alone books by George Orwell.

While my ignorance regarding history shames me, it also gave me an opportunity to approach Orwell’s account without many preconceptions. Unlike a student of history reading this for a course, or someone who is more familiar with the period, I had no idea what Orwell was prattling on about when he talked about Franco, the POUM or PSUC, etc. I understand the differences between the Marxist, Stalinist, and Trotskyist flavours of Communism, and I knew the names of Hitler, Mussolini, and Stalin. As far as the political situation in Spain went, however, I was tabula rasa. This allowed me simply to embrace and go with Orwell’s explanation and opinions instead of fighting against any contradictions or additional confusion created by my prior knowledge. So, in some cases, ignorance can be a useful tool for reading comprehension.

Homage to Catalonia definitely improved my awareness of the complex political climate in Europe prior to World War II. I was about to say it “clarified my understanding” until I realized how silly a statement that would be. The dense, almost inscrutable explanations of the political situation in Spain during the Civil War in this book bely any claims that the politics are a simple matter of Left versus Right, Communist versus Fascist. Orwell himself was so frustrated by attempting to explain the matter that, in his errata for later editions of the book, he instructed editors to remove it from the main body and place those chapters into appendices, which is how they appear in this edition. This was a great choice, because I can’t imagine someone less interested in the politics trying to slog through this chapters and still finish the book. Tucked away as appendices, they are less intimidating but just as informative. (You really don’t need that information, however, just to enjoy Orwell’s personal account of his experiences in Spain.)

At its most basic, this is a personal account of an English journalist of socialist tendencies who went to Spain, enlisted in the militia, and fought in the trenches against Fascists. Orwell captures the vagaries of living in the trenches, particularly those engendered by a combination of poorly equipped, poorly trained soldiers and a lack of sound strategic leadership. He recounts the periods of endless waiting, the lines that were comically far apart—too far for their obsolete rifles to be effective—and the occasional thrill of real danger. Throughout those months, Orwell’s sense of idealistic enthusiasm for the Socialist/Communist movement fades palpably. And what’s left diminishes even further after he is wounded and returns to Barcelona, only to experience the street fighting and suppression of the POUM.

(I confess I enjoyed reading Orwell’s description of the sensations of being shot—in the throat!—and recovering afterwards. One can write about many experiences authentically without ever having to undergo them oneself, and that might include the experience of being shot. But there is a depth to Orwell’s account that comes out of that moment of certainty that one’s life is over. It is harrowing yet reassuring.)

Although the descriptions of trench life and criticism of the militia’s unprepared, unprofessional attitude are all well and go, I started to get invested in the second half of the book. Once Orwell returns from the front to recover from his wound, things get very interesting. Still technically a soldier fighting against Fascism, he quickly finds himself aligned with a party that has fallen out of favour. The other elements of the Communist aparatus begin to suppress and move against the POUM. Orwell goes from being a recovering soldier to an innocent observer to a “Trotyskist betrayer” who is wanted for arrest. Eventually, he and his wife end up fleeing from the very government and people he had so idealistically sought to defend when he first came to Spain.

Orwell’s political explanations are invaluable, and this is where his appendices prove most useful. Obviously, for someone unfamiliar with this event, it has provided me with a wealth of information. I can now comfortably ride out a mention to the Spanish Civil War in casual conversation—no longer must I feel the beginnings of a dry sweat in my palms and on my forehead as someone throws out a passing reference to Franco, fascism, or the PSUC! Yet Homage to Catalonia provides an education more general and even more important than mere familiarity with the events and political players of the day: Orwell’s deft political commentary is also a scathing indictment of propaganda and interventionist imperialism. Its message is still relevant in today’s political climate, where both Left and Right scream at us for attention, for exclusive allegiance, for polarized patriotism.

Consider, for example, how Orwell deconstructs the portryal of events in foreign newspapers. He criticizes British and other foreign newspapers for only showing one side of the story. He also criticizes journalists who went to Spain but just reprinted the official, accepted version of events instead of digging deeper for the truth. Within Spain, stories were murkier and more complicated—censorship was rife, and in the hands of the Communists and the PSUC, but there were still conflicting voices. Outside Spain, however, the Communist apparatus spearheaded by the USSR managed to spin events to their benefit. And it’s interesting that this spin was anti-revolutionary.

After all, the first thing one learns about communism as a political philosophy is that it is the result of a worker revolution against the wealthy bourgeoise. Orwell illuminates how Communism—that is, the movement as it was expressed in Russia—had already become compromised and corrupted by that need for any form of government to perpetuate its own existence and interests. It was in Russia’s interest to have a Franco government, albeit a capitalist one. It was in Britain’s interests to have a Franco, capitalist government. These titanic powers of the European stage intervened (or, equivalently, chose not to intervene) and spun the story to ensure the outcome that was favourable to their interests, regardless of the effect this would have on the Spanish population. It’s the same old story, and it still happens today. Observe the recent revolution in Libya, which garnered American support despite the United States’ previous close ties to Gaddafi. As political winds shift, so too do attitudes towards intervention. And Orwell makes clear his disgust for this.

Orwell’s conclusions will be familiar for anyone who has read Nineteen Eighty-Four: don’t trust what you read in the papers. Bias is everywhere. The only innoculation is to read more than one perspective, to piece together something that might be closer to the truth through a synthesis of conflicting accounts, and to be aware of the possible biases of the writers. (This is why the single voice of the state in Orwellian England is so pernicious.) He also provides a healthy reminder that neither the Left nor the Right have the monopoly on propaganda or bias. As a liberal, I’m making a mistake if I assume that only the “right wing” sources of news are the ones presenting a biased view of events and that leftist or centrist news sources are somehow more reliable.

Furthermore, it would be overly naive and optimistic to assume that the Internet somehow alleviates this problem. While it’s true that the Web has provided some unique opportunities for peer-to-peer, uncensored communication—Google and Twitter’s assistance to the Egyptian revolution is one example—the problem remains that the Internet is not fundamentally democratic. I do believe it can be a powerful tool for democracy—that is to say, it’s no more anti-democratic by nature than it is democratic. But, as Evgeny Morozov has repeatedly argued, it is not a magic bullet.

Orwell’s obvious disillusionment with Communism as a movement in this book provides key insights into his later novels. Both Animal Farm and Nineteen Eighty-Four are not exactly subtle in their messages. Nevertheless, Homage to Catalonia sharpens those messages, providing a historical context that makes it more evident why Orwell was motivated to write those two books. He was clearly reacting strongly against what he perceived as a betrayal of the very principles he supported, and he wanted to convey the danger of that betrayal to everyone.

I’m very glad Homage to Catalonia found me. It educated me about an important event in recent European history. It gave me insight into the personal life of a great author of the twentieth century. It emphasized the dangers of propaganda and the necessity of questioning the motives of external actors in larger world events. And it sharpened my understanding—and appreciation—of the power and importance of Orwell’s two major novels. Both compelling on its own and as a companion piece, Homage to Catalonia is a gem. 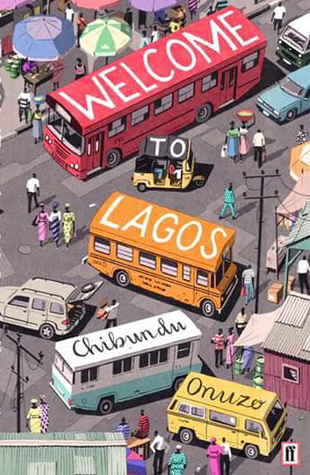 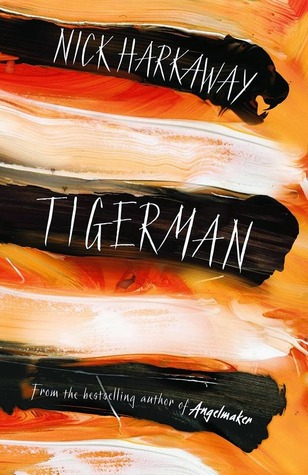