Huh. Probably should have just called this one Bad Things Happen to Nevare.

Robin Hobb is swiftly spending the credit she earned with her last book. If giving Shaman's Crossing a second chance dispelled my vaguely unpleasant memories of it, those memories are returning with renewed vigour, despite the fact that I have not read Forest Mage before.

Bad things happened to Nevare in the first book, of course. Bad things have to happen to the protagonist; without conflict the story would be rather boring. Yet there was always a sense of hope, an idea that Nevare would somehow rally and carry the day. It seems as if Forest Mage is a concerted effort to tell us, "No, no, he really can't win this one." Nevare's situation goes from inconvenient to bad to worse to stupendously worse to sentenced to death worse. During this time, he gets unmanageably fat and goes around making a lot of stupid decisions. Nor is he alone in this endeavour.

It's tempting to call Forest Mage a tragedy, because there is really no other word to describe it. Nevare is a man torn between two peoples, Gernians and Specks. Neither will back down, and he seems at a loss to reconcile their opposing goals. Speck magic has seized control of Nevare's body, and his obesity freaks everyone else out because they don't have KFC in Gernia. Nevare's father, who was a level-headed, intelligent, and thoughtful man in the first book is suddenly a tyrannical harpy. His sister and his love interest both abandon him. Eventually, he is reduced to the status of an exiled cemetery sentry in a border town. And that lasts until he gets accused of murder and sentenced to hang, after being flogged with a thousand lashes.

It's just depressing, but it isn't all that tragic. True tragedy comes from hamartia. The main character has to make a mistake which leads to terrible consequences. Nevare did make a mistake when he went on the Kidona spiritual quest that culminated in his failure to kill Tree Woman. Yet the consequences for this act have been disproportionate to his failure; moreover, his subsequent misfortune seems to be caused by a manipulative force ("the magic") instead of Nevare's continued lack of judgement.

So whereas the misfortune visited upon Nevare in the first book came from his own doing, most of what happens to him in Forest Mage seems excessive and external. Hobb pushes him, roughly and crudely, out of Gernian society and into an existential no-man's land between Gernia and the Speck forest. The climax of the book is Nevare's realization that he must give himself over to the magic, because otherwise it will continue to bring ruin upon him and those close to him. But why, oh why, did that take 726 pages?

And why did Nevare stay in Gettys after he learned Spink and Epiny had moved there? He knew he would not be able to conceal his presence from them for long. He suspected that they would all meet a bad end. But no, instead of fleeing north or south along the border, he chose to stay. So if I want to make this more of a tragedy, if I want to pin this on Nevare, I have to accept that Nevare is some kind of idiot who doesn't deserve to be my protagonist anyway.

I do not like the choices Forest Mage offers me. I do not like being in this position. The backstory here is so rich, so full of possibility, and glimpsing that possibility was so easy in Shaman's Crossing. The difference between these two books, in terms of quality, is night and day. Both are a testament to what Hobb can do. The latter is Hobb exhibiting some of her best abilities as a fantasist. The former … well, I don't know.

I just have a hard time accepting some of the story. In particular, the change that has come over Nevare's father between books startles me. He was hard and demanding even in the first book, and not a little conservative and set in his ways. Yet he was fair and honest too. That is not the case here. Not only does he refuse to give Nevare any sort of fair hearing, but he quickly becomes all sorts of paranoid, willing to accuse anyone and everyone of abetting Nevare in some kind of "scheme" to stay obese. The father from the first book was completely gone by this point, and I was sort of skimming until the plague ravaged Burvelle's Landing and Nevare set off on the next step in his journey to obscurity.

Alternatively disturbing and depressing, ultimately pointless, Forest Mage is an alarming reversal from the potential awakened by Shaman's Crossing. I don't know what went wrong here. I am hoping Renegade's Magic manages to pick up what's left of this plot and fashion it into some kind of acceptable resolution. As it is, Nevare is just a tool of "the magic" now, which wants what it can't have. I can see, on an intellectual level, the cleverness behind Hobb's plot—but the story, on the whole, just lacks a crucial spark.

Once more plz, with feeling? 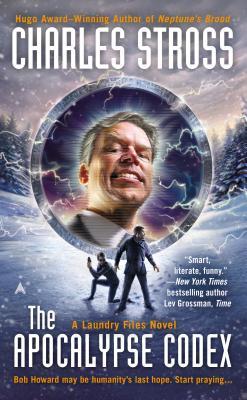