Lately I’ve been playing a lot of Assassin’s Creed: Brotherhood. It’s a video game in which you assume the persona of an assassin in Renaissance Italy. (There’s a whole frame story involving modern-day Templars and a machine that lets you relive genetic memories, but let’s not get into that right now.) Although nowhere near as captivating as my gold standard, Mass Effect, Assassin’s Creed is a fun franchise that I’ve followed since its inception. It’s fun because the entire point of the game is that you get to go around and live out the fantasy of assassinating people in a well-constructed historically-based setting, with parkour-like open-world mechanics that work well if you don’t have the hand-eye coordination and reaction time of a sloth. (Alas, I do.) Indeed, I like reading stories where the protagonist is an assassin—but that’s nothing compared to playing one in an interactive medium.

In my review of the previous book in this series, I commented on how boring Fitz’s story is compared to the one we don’t get to see, Verity’s quest for the Elderlings:

Verity’s departure, and his quest, merely serve to highlight the lack of action happening at Buckkeep. In the previous book, it was Fitz who set off on a journey west, while Verity stayed back at Buckkeep to mind the store. Now we are stuck in the castle while another character searches for the beings that might save the kingdom—and frankly, that sounds like an adventure. I’d like to read that book.

So, yeah … should have been more careful with that wish.

Assassin’s Quest is the poster child for books that are longer than they have any business being. Fitz spends entirely too much time in this book trudging from location to location. At first this is all novel and interesting, in part owing to the way Robin Hobb depicts Fitz as incredibly incompetent (more on that in a moment). By the time Fitz meets up with Kettricken in the Mountains, however, my patience had worn thin. I was ready to get to the climax, to the good stuff, but Hobb insisted on hundreds more pages of a small party travelling through poorly-described wilderness toward a vaguely-described objective. And when they finally arrive, there are still chapters more of deliberation and dialogue before the dragons finally wake up and solve everyone’s problems in about five minutes (otherwise known as thirty pages and an epilogue).

I have to hand it to Hobb, though. There is no way FitzChivalry Farseer could be called a Mary Sue (or Marty Stu, or Gary Sue, or whatever). This guy can’t get any breaks or do anything right. He fails at killing Regal, fails at staying hidden and playing dead, and he doesn’t even get the girl. All in all, this is rather refreshing for a book that so neatly embraces the standard fantasy setting. Fitz sucks at being an assassin, and he sucks at being a protagonist in general. So I have to give Hobb credit for giving her main character a tough time. In particular, although Molly’s new paramour in Burrich is a little … age-defying … I like that Fitz manages to save the kingdom and end up alone. It prevents the book from becoming a trite little romance and shows that, once again, Fitz was oh so wrong to get involved with Molly in the first place. Idiot.

Unfortunately, having an idiot as a protagonist is not as entertaining as one might think. Fitz’s incompetence at assassination, intrigue, and statecraft provides plenty of fodder for conflict and obstacles in his hero’s journey—but it also means we don’t get the satisfaction of watching an assassin coolly carry out his duties. (We get close at one point, but then it all goes pear-shaped.) Indeed, in general, Assassin’s Quest suffers from some kind of malaise. It’s as if the book dares me into calling it out: “what, you were expecting something interesting to happen? Hah!” Well, all those taunts worked: most of Assassin’s Quest is just dull.

A book in which the main character is an assassin should never be dull. A book with the word “assassin” in the title should never be dull (unless it’s Arthur the Assassin Takes a Day Off, but I suspect even that would have some intense pancake-making action sequences). Yet Hobb adheres to a linear, plodding progression of events that turns this narrative into a chore. And just when it should get good, when the dragons take flight … suddenly we are fifty pages away from the end of the book. Assassin’s Quest is another one of those epic fantasy tomes that takes forever to reach its climax and then abruptly yanks that climax away, replacing it with a hasty and unsatisfying denouement. Whereas chapters could once be measured in days, pages suddenly became years. Everything else works out happily ever after, as if dragons are the solution to all problems.

So there you have it, the moral of Assassin’s Quest:

But what’s with Kettle/Kestrel? She’s the type of character I hate the most: the know-it-all minor character who shows up in the middle of the book, schools the protagonist like nobody’s business, and then suddenly turns out to be a smug immortal (or nearly immortal) with a lot of guilt and baggage. It’s not my fault if you didn’t set up your exposition properly, Hobb, and I would have appreciated it if you could find a way to tell us more about the Skill and its relationship to dragons without introducing a new character. But since you did, you raised a few important questions. Where has Kettle been this whole time? Why didn’t she seek out the Fool, her White Prophet, before now? He didn’t exactly keep a low profile at Buckkeep. And it’s rather convenient she just happens to be making a pilgrimage across the Mountains at the same time Fitz shows up there. Characters as plot devices are fine—except when they so obviously scream “plot device”.

The rushed ending is a shame purely from the perspective of one’s enjoyment of the book. It also does no favours, however, to the characters. For instance, Hobb deals rather brusquely with the vendetta between Fitz and Regal. Fitz chooses not to kill Regal—it’s unclear whether this is because he can’t or won’t give up his ability to Skill or because he thinks what he did to Regal is more fitting. In any event, he decides instead to brainwash Regal into being loyal to Kettricken and her child, Prince Dutiful. Because that’s a moral and heroic thing to do? I’m OK with Fitz making poor choices that turn him into more of an anti-hero, but I would have liked some more introspection beforehand. Instead we just get a glib comment after the fact about how he was going to make Regal erect a statue in his honour as well, but then he reconsidered and thought it might be a little too much. Hah hah hah.

It’s a shame, too, because despite my reservations about Hobb after the disastrous Soldier’s Son trilogy, I don’t think she’s a poor writer. She has plenty of imagination, and I look forward to reading more of her books. This one, however, is not very good. What began as a promising if not perfect trilogy about a bastard trained to be an assassin quickly nosedived into a tangled mess about a failure who gets lucky. Assassin’s Quest has its moments, but they aren’t nearly enough to compensate for all the words, words, words in between.

And now I leave you with a bonus dragon-themed poster, specifically for all those Game of Thrones fans: 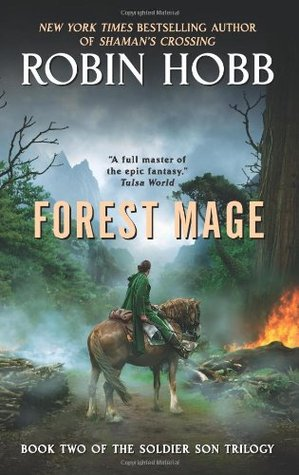 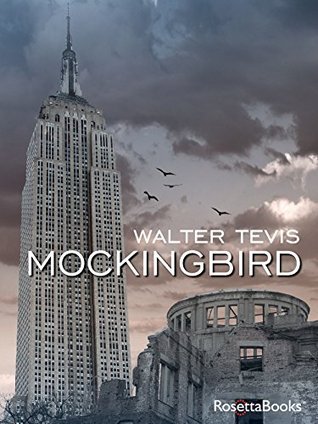 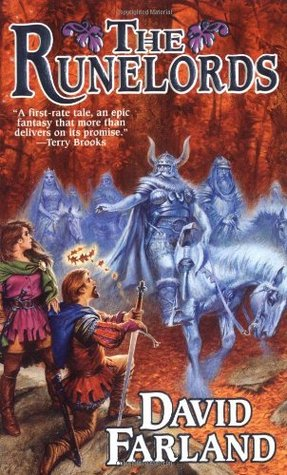