I received this from NetGalley and Gollancz in return for a review. It took me a little longer to finish reading it than a book, even one of this size, would, so I’m a little behind the curve here. I got distracted, you see, what with buying my first-ever house. Were it not for that, I would have devoured Exodus in a day or two, because it’s that good. It’s not quite the space opera I’ve been craving since tearing through the latest Linesman novel; I think my freezer burn on posthumanism is still causing some issues. That’s saying something, then, that I enjoyed this as much as I did.

Exodus is the third book in a trilogy. This wasn’t readily apparent to me from the NetGalley or Goodreads descriptions; had it been, I probably wouldn’t have requested it. I don’t think it does an author any favours to start a trilogy at the final book in most cases! This is a rare exception: Alex Lamb’s exposition helps you understand the state of this universe after the first two books, and any regret I feel for having missed these books is more around the fact that if I go back and read them now, I’m going to know how the story ends!

I’m see lots of comparisons in the marketing material to Peter F. Hamilton, and I get that, but Lamb reminds me a little more of Alastair Reynolds and the Revelation Space universe, particularly with the M.O. of the Transcended here. Lamb works hard to balance between writing three-dimensional individual characters and also stuffing our heads to bursting with cool posthuman SF ideas on a trillion-year timescale. That’s very difficult to do, which is why I find myself increasingly disenchanted with posthuman SF—but Exodus pulls it off.

The story is a Hail Mary type of adventure to help humanity against a mortal enemy, the Photurians, or Photes. This species “converts” human individuals, bringing them euphoric “bliss” at the price of individual privacy or sanity. At the beginning of the novel, two of our protagonists are involved in the evacuation of Earth, which has finally fallen to the Photes. One of the few remaining refuges of humanity is its most powerful world, Galatea, in the grip of the New Society, an autocratic regime of young leaders and ruthless military discipline coupled with psychological therapy. The other main characters are “heroes” from the older generation, out of step with this new mode of governing, and many of them mourning the society that has passed them by. This adventure is perfect for them (even if they don’t want to admit it) and will perhaps even reunite them with a long-lost friend, Will Monet, the main character (apparently) of previous books.

To be honest, the characters in this book are not the main draw, in my opinion. They’re all right, and if I had been through this entire ride with them, I’d probably feel much closer to them. Lamb does his best to make me feel the immense burden of Ann’s disconnection from humanity; he tries his best to help me understand how frustrated and powerless Mark feels, how confused and lost Will feels, and how Ira vacillates between feeling obsolete and feeling absolutely essential on this crew. There are some genuine moments of pathos here. Largely, though, the relationships are predictable, the interpersonal conflict is predictable, and the romance is boring and very hetero.

However, like so many books with Big Ideas, the crunchiest nougat of Exodus is the way Lamb sketches out possible futures, technologies, and even conjectures for the organization and structure of life on a universal scale.

Virtual reality plays a major role here, along with the underlying assumption that the human brain can be accessed and hacked like any computer. Identities are fluid, most exemplified in the character of Nada Rien. Lamb digs into the idea of possibly finding a way to use the universe itself as a computational substrate in a way that is much less metaphorical and far more interesting than, say, Dan Simmons’ Hyperion uses. If you really like your posthumanism bleeding-edge-this-is-basically-magic, then this book has that in spades.

I also enjoy Lamb’s depiction of faster-than-light travel. He doesn’t use too much exposition, and what he includes serves to deepen my awareness of this universe rather than my understanding. For example, I don’t know how warp travel works in this universe (aside from using something called “curvon flow”), but I do know that there are different types of warp travel (traditional, ember, and stealth) with varying advantages and disadvantages. I don’t really understand what a “boser” is, or what “warpium” is—but I totally grok their purposes in the story, and while they might actually be unrealistic according to our current understanding of physics, Lamb makes them believable enough within this universe. Yes, any time you start throwing in Transcended species and talking about vacuum states you’re crossing the line towards techno-space-fantasy. But Exodus tries really hard to make you think you’re just touching the line.

Philosophically, Exodus questions the nature of identity. It seems to take it as a given that the human mind, or mind-state, can be copied and uploaded, and even duplicated. Although Exodus doesn’t quite grapple with the existential questions surrounding duplication of consciousness, it does ask us to consider what it would be like to, for example, live in a society solely of differentiated versions of yourself. If you just read that sentence twice and are now asking “what the hell does that mean?” then you’re not alone. Basically, Lamb wants us to confront the uncomfortable notions of what separates society from self, species from individual, and whether or not the human predilection towards individuality over these past millennia is itself a good survival trait.

This is one of the most fascinating uses for science fiction: authors examining aspects of our species and asking what we are prepared to change about our species in order to survive on a universal time-scale. Are we willing to speciate? Are we willing to redefine what we mean by consciousness, by life, by individuality and thought and identity? I don’t know the answers to these questions, myself; some of it I’ll never know, at least not until I get simulated by the overbrain stored in the smart-matter computational matrix of New New Earth several millennia from now. Until then, all I can do is keep reading fascinating SF novels that ask these questions for me! 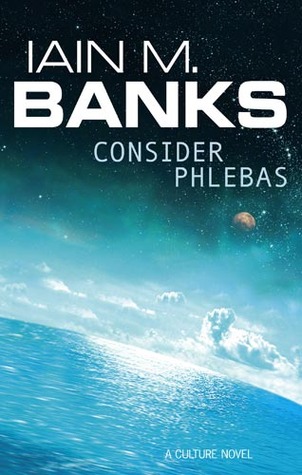