In case you haven’t heard yet, I love hard science fiction, particularly in space opera form. I could digress into some hefty analysis of how designations like hard are loaded terms that only exacerbate science fiction’s precarious position in the genre ghetto—but I won’t. Suffice it to say, I’m referring to stories that use advanced but plausible technology for technology’s sake, stories whose events span millions, if not billions, of years and can affect the lives of countless planets throughout the galaxy. In space opera, “epic” is a given.

There is no doubt in my mind that Alastair Reynolds is one of the premiere authors of hard science fiction. He is highly qualified in this area: with a doctorate in astronomy, he knows his science and puts that knowledge to good use. Not every scientist automatically writes good science fiction, of course, because the other key component is the ability to write well. Reynolds does this too. In my last review, I postulated that, in general, the realism of a scientific explanation is inversely proportional to its detail. In Revelation Space Reynolds does not explain how Conjoiner drives work (they are a mystery) or go into the details of how reefersleep slows the body’s metabolism for those long journeys at relativist speeds. These technologies just work. Instead, Reynolds excels at mapping out the consequences of these semi-plausible capabilities: what would happen if humanity spread out into the galaxy at sublight speeds?

Well, for one thing, the galaxy would stop being such an empty place. The Fermi paradox is the central question of Revelation Space, and Reynolds has developed a somewhat chilling resolution: intelligent life evolves fairly often, but something (or someone) eliminates it whenever it achieves spaceflight. Archaeologist Dan Sylveste discovers evidence that the extinct Amarantin might have been capable of spaceflight. He is the leader of a fledgling colony on Resurgam, former homeworld of the Amarantin. The expedition was supposed to be temporary, but Sylveste has developed an obsession with the Event that eliminated the Amarantin, convinced that it could have some bearing on humanity’s survival. This tension between him and rival factions on Resurgam drives political intrigue throughout the novel, as Sylveste’s enemies stage a series of coups that change his fortunes dramatically.

Meanwhile, Nostalgia for Infinity arrives in orbit. A lighthugger, a vessel capable of accelerating to relativistic velocities, Nostalgia is crewed by some unscrupulous techheads who spend most of their time in reefersleep as they flit between the stars. Sylveste has dealt with this crew before, working with them to cure their captain of a vicious plague that merges cybernetic and organic components. Now their captain is sick again, and they have returned to seek Sylveste’s help—by any means of persuasion necessary.

Naturally the two parties strike a deal: Sylveste agrees to help them, and in return they will assist him in a small expedition to a planet orbiting the system’s companion star. But there is an alien force aboard Nostalgia that threatens all of them even as it manipulates events for its own, unknown ends. Reynolds shows us multiple perspectives, making it difficult for us to choose sides. True, Sylveste is a jerk of the highest calibre, but Reynolds balances this by kindling our curiosity about what he is about to discover. In general, I loved the characterization in this book. The characters are all flawed, all prone to making mistakes that come back to bite them in the ass. All of the main characters are the victims of manipulation in some way: Sylveste by both his wife and her father, not to mention his father; Ilia by her captain and the other two Triumvirs; and Khouri by the mysterious Mademoiselle who coerces her into assassinating Sylveste. Reynolds then takes the intrigue up to eleven, because all the best laid plans go awry in spectacular, plausible ways that keep the book interesting.

Revelation Space is both a mystery and a guessing game, and Reynolds carefully keeps us in the dark while feeding us enough hints to keep us tantalized and interested. Sometimes he doesn’t quite succeed. Most novels are typically weighted with the pacing toward the end, as they should be for an appropriate climax. But the weighting is really lopsided here. Despite plenty of action scenes prior to the climax, we get very little in the way of resolution or closure of the mystery until the end, when it arrives as a neat and tidy infodump. Fortunately, Reynolds redeems himself by giving Sylveste a genuinely threatening moment of crisis with a solution that was beautifully foreshadowed. The climax of the book might seem rushed in places, but trust me: once you get there, you will be impatient to learn what happens, and you won’t be disappointed.

The asynchronous nature of events also poses a challenge for the reader. The narrative jumps between different time periods quite a bit, and it is very difficult to remember “when” events are taking place. The headings at the beginning of each chapter don’t help, in part because the chapters are so long (and in this edition, not separated by a clean page break) that it’s difficult to remember what the heading read in the first place! So there were times when the action in the book was confusing, and I made the executive decision just to keep going and hope it would work out. I can do that, because I can hold on to the larger picture, to the mystery of the Shroud and the extinction of the Amarantin. Others might find such perseverance a more daunting task.

I really want to discuss Reynolds’ resolution to the Fermi paradox, so here come the spoilers. In Revelation Space, a great galactic war occurred billions of years ago. It wiped out most sentient species and changed others beyond recognition. Emerging from the Dawn War, as it was called, the Inhibitors were some kind of machine-like or machine-symbiotic species. As their name implies, they wanted to stop something—in this case, they were determined to prevent another Dawn War by eliminating sentient species as they arise. To this end they placed numerous curiosities near star systems that could give rise to life, hoping these curiosities would attract the attention of a new spaceflight society and alert the Inhibitors that it was time to make another house call.

The theory that we are isolated in the galaxy because intelligent species destroy themselves and others is not new, and it has some compelling arguments for it. Yet Reynolds never really explains why the Inhibitors adopted this motivation. The only possibility that comes to mind is that they are acting out of some kind of perverse desire to save pre-spaceflight species: the Dawn War was so destructive, with entire star clusters being used as weapons, that I suppose even nearby pre-spaceflight species were destroyed as collateral damage. So the Inhibitors allow intelligent life to develop until it reaches a stage where it could begin acting on the galactic scale—and then they say, “time’s up.” It sounds reasonable enough, I suppose, but that’s just my own interpretation. I’d love to hear if anyone else walked away from Revelation Space with a different impression.

There’s a lot going on in Revelation Space, much more than I chose to discuss here. Along with relativistic ships, metabolic stasis, and galaxy-wide extinctions, Reynolds includes plenty of other neat science-fiction tropes: computer simulations of dead people, cybernetic implants, neutron stars re-purposed as computers, and so on. And Reynolds doesn’t always touch on the implications of all of these technologies, which is a wise choice: if he did, Revelation Space would be thrice as long and probably twice as boring! Although not perfect, Revelation Space displays the careful thoughtfulness that makes Reynolds so apt at writing hard science fiction and space operas, and I look forward to continuing this series. 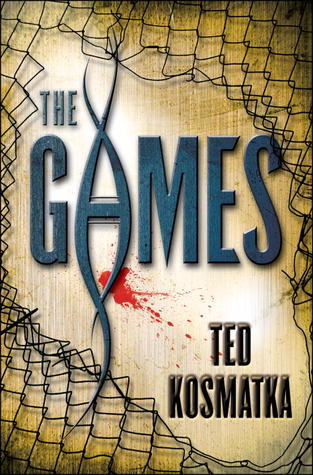