You know Kara likes stories of heists and swindles, con artists and the like, yes? Oh yes. For some reason this got lost when I moved and only resurfaced recently, so I’m finally getting to read Empire of Deception, all about Chicago swindler Leo Koretz. According to Dean Jobb, Koretz is impressive enough that we should be talking about Koretz schemes instead of Ponzi schemes, and after reading this book, it’s not difficult to see why. In a decade of glam, glitter, and corruption, Koretz managed to take a lot of money (mostly from rich people, yay) and failed to pay it back before going out spectacularly, although he wasn’t particularly good at being on the run.

Jobb tells the story in three acts: Act 1 is Koretz’s life up to and including the Panamanian development pyramid scheme that resulted in him going on the run; Act 2 is Koretz’s life as a fugitive while the Chicago police investigate; Act 3 is the capture, trial, and sentencing of Koretz. But this isn’t just Koretz’s story. Jobb also tells us about Robert Crowe, at the time Cook County’s state attorney, who pursues and prosecutes Koretz with political ambitions on the line. In this way, Jobb makes Empire of Deception about more than one man’s criminal enterprise: it is a story about 1920s Chicago, about the interwar interregnum and Prohibition, about what happens when you want to believe you can get rich because the American dream burns so brightly from every shop window and every street corner.

Here we are, literally a century later, and wow do things like a lot different…. Yet the more things change, the more they stay the same. The trial of Elizabeth Holmes, who bilked investors out of money for a vaporous product with her Theranos medical technology, starts next month. John Carreyou’s Bad Blood feels very similar to Empire of Deception: in both cases, you have an intelligent person who starts off legitimately wanting to make money and then realizes that it’s a lot easier if you just keep asking people to invest in your idea and then not actually do anything.

Jobb and Carreyou both delve into the psychology of the con artist here. Jobb makes the interesting assertion that, towards the end, Koretz was beginning to believe his own scheme—he was so good at convincing people they were investing in property and oil development in Panama that he was beginning to believe it himself! This might sound incredible to some people, but I believe it because psychologists have consistently demonstrated the power of groupthink to cause us to believe in something we know is untrue. In the same way, Carreyou explores how Holmes almost certainly believed her own hype: she believed that one day Theranos would revolutionize the world, because enough people had given her money that she couldn’t not fail. In succumbing to their own schemes, these swindlers had a difficult time disentangling themselves when the scheme began to collapse. Hence why Koretz barely managed to try to return some of the money before fleeing Chicago for Nova Scotia.

Equally fascinating as the psychology of the swindler is the psychology of the mark. Here’s the thing: as I was reading about how Koretz sold people on his scheme by telling them not to invest, I started wanting to invest. Like, the more Jobb was telling me how charismatic he was, the more I was told that Koretz was bad news, I was into it. And I’m 100 years distant from the guy, and I know that it’s a scam, yet I still wanted to buy in. That is the power of manipulating our fragile human psyches: even when you know how the con artists do it, you’re still vulnerable because the evolutionary levers that they pull are still there. You can watch for it and guard against it, but you can never eliminate your vulnerabilities entirely, because to do so would basically make you a psychopath. This is so fascinating to me as someone who, for a time in her young adulthood, was very interested in rationalism versus humanism. Now any time someone claims to be “rational” I quickly back away, because yes, we can all strive to be better at decision-making, but at the end of the day my lizard brain only lets me stray so far from my cognitive biases.

Koretz’s time as a fugitive in Nova Scotia was also wild. He bought a hunting lodge, made it over, hired a staff, posed as a high-flying writer and literary critic … man, the stuff you could get away with in 1920s Atlantic Canada. Those were the days! Jobb tells the story in a compelling, narrative way. At times this threw me—he would describe such details that I’m like, “Uh, how do you know this his glasses were fogging up?” and I dislike when my non-fiction becomes too embellished that way. However, Jobb’s afterword insists that all such details were gleaned from various contemporary newspaper reports. In that case, I guess all I can do is appreciate the incredible amount of research and time that went into piecing together Koretz’s story in such detail.

Narration style aside, Empire of Deception is a great example of the non-fiction I love to sink into on a hot summer weekend. It’s full of context and analysis about the time period in which it’s set, and it explores why events happened the way they did. For example, you really get a sense of how much Koretz’s family, particularly his wife and kid, suffered as a result of his crimes—not only did their social standing fall, but they were under suspicion even after returning the money and gems he gave them. I don’t read a ton of true crime—like I said, it’s heists and scams for me—but when I do, I like focusing not just on the human elements in the crime itself but the way society at the time of the crime allowed it to happen and made the fallout even worse.

Empire of Deception is worth a read if, like me, you are fascinated by con artists and the people who give them money. Leo Koretz is a name to know. 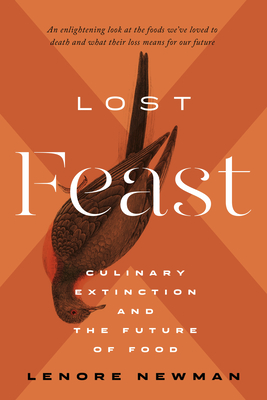