There were many reasons I added Elatsoe to my to-read list when it started making the rounds on Twitter: supernatural mystery, asexual protagonist (which I forgot until I started reading it), Indigenous author and protagonist, etc. It’s great when a novel has so many draws, isn’t just a single thing. Darcie Little Badger’s debut is one part ghost story, one part educational piece about stolen land and colonial ambitions—and all about a main character who embodies “spunky.”

This eponymous protagonist goes by the name of Ellie for most of the book. In this alternative United States, magic exists in a variety of forms. For Ellie’s family, who are Lipan Apache like Little Badger herself, this means passing down traditional knowledge about summoning spirits. Ellie has been practising this skill from childhood, and she has a loyal companion in her ghost dog, Kirby! After her cousin, Trevor, dies near a small and mysterious town in Texas, Ellie receives a visit from him in a dream. Trevor tells her he was murdered and even reveals the murderer—but that’s all. And Ellie is forbidden from waking the spirits of dead humans, lest they return as vengeful ghosts. So as she and her parents visit her cousin’s widow to help out, Ellie launches an investigation, with Kirby and her best friend Jay by her side, against the most prominent and wealthy man in town.

I enjoyed Elatsoe from the beginning, and it just gets better and better. Little Badger’s plotting and pacing is very smooth, and while there are moments of infodumping here and there, overall I like that she doesn’t spend too much time trying to explicate how this universe is different from our own. You just kind of get thrown into it—vampires and fairy rings and ghosts and all—and I appreciate that. There is room to grow if this turns into a series, and if this is a standalone then it strikes the right balance between plot and worldbuilding.

There’s also a healthy balance with Ellie’s characterization. Ellie is a great protagonist in terms of her growth. At 17, she is on the cusp of adulthood and quite independent, yet her dynamic with her parents is a healthy one. She respects their boundaries but pushes them just a little when she believes she is capable of more. Her parents, in return, set those boundaries out of concern for her safety, but they also respect her agency and believe her when she says things like “my cousin’s spirit told me he was murdered.” People are classifying this as young adult, and that’s cool, I guess it technically is from the age of the protagonist, but if anything this is definitely crossover … regardless, more books with healthy relationships between the protagonist and her parents, please!

Similarly, more asexual representation like this! I love, love books that emphasize and explore a character’s asexuality, of course. But I have said and will say again here: we need books where characters are just casually asexual. Ellie hints at this early in the book when she talks about not wanting children and not needing a partner—but of course, that doesn’t equate with asexuality. The word finally gets used on page later, when someone says, “I know you’re asexual,” suggesting Ellie is out to people in general, and that’s lovely! It’s not explained, not interrogated, just accepted. Moreover, it was so important to me that her friendship with Jay was platonic and lacked any hint of romantic/sexual tension or unrequited love. Just two peeps being pals, and I can stan that.

This kind of casual representation extends to Ellie’s identity as Lipan Apache. This identity is asserted more often and firmly than her asexuality, and Little Badger drops in nuggets of education for us settlers about what Indigenous people, and the Lipan Apache in particular, suffered at the hands of settlers. She works ideas of land and belonging into the vampire mythos in a really cool way. And of course, the entire mystery itself is rooted in a group of settlers’ beliefs that they can take what they want, from the land and its people, over and over indefinitely, without ever paying recompense. Overall, Elatsoe grounds itself in Indigenous roots and integrates, on every level, lessons in the harms of colonialism and the extant colonial mentality within American culture and history. It’s sophisticated and powerful.

Ok, ok, Kara—but what about the ghost story??? The mystery?? Does it work?

Short answer: yes. My main fear as the story developed would be that Ellie would turn into a kind of Mary Sue, that her magic or detective skills would make solving, and resolving, the case too easy. Without going into spoilers, I’d say Little Badger averts this through careful foreshadowing, as well as the way she uses stories of Ellie’s ancestor. The connection between Ellie’s power and the land/her ancestors is so important, another example of what I was talking about above when I said that this book is grounded in Indigenous roots—Ellie prevails not just as a result of her own strength but because she knows who she is and where she comes from. Elatsoe is a book about the power of remembering yourself in the face of a world that wants you to forget.

Sometimes you read books because you know what to expect: they are predictable, comfortable reads. Other times you read a book because you are expecting an experiment, something that might or might not work for you. Elatsoe fits comfortably into a third category of book: the type of book that isn’t really an experiment, but it is much more than a comfort read. It stretches you but in a way that does not demand cerebral contortions, educates you in a way that does not make you feel patronized, entertains you in a way that is fairly conventional for a novel yet layered and nuanced as well. If you like any of the things I listed at the top of this review, check it out. 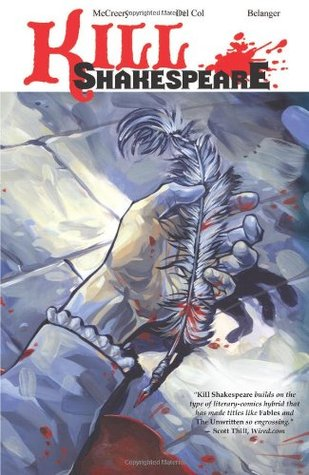