Sometimes we get so caught up in the swells of epic fantasy that it’s nice to take a break and come back down to earth with something a little more folk fantasy. The Boneshaker is set in 1914, in a Missouri town just near a crossroads—and we all know what happens there. Kate Milford, along with some fantastic illustrations by Andrea Offermann, spins us a yarn about a travelling medicine show, deals with the Devil, and the consequences of paving a road with good intentions.

Natalie Minks is 13 years old and a bit of a gearhead, thanks to the influence of her mechanically-inclined father. She’s also inquisitive, thoughtful, and sensitive. She has a bit of an impulsive temper too! When Dr. Jake Limberleg's Travelling Medicine Show arrive in Arcane, Natalie suspects something is awry—but nobody else seems to notice anything. So she takes it upon herself to investigate, and the real story is much more bizarre than even she would have conceived. In the end, Natalie finds herself up against demons and the Devil himself….

I was a little hesitant going into this one. It’s pitched a little younger than I tend to read, more towards middle grade readers. Nevertheless, I’m really glad that I gave The Boneshaker a shot. I love the atmosphere that Milford creates here. There are so many tantalizing hints at this magical world she has created, one where the Devil can manifest at any moment, angels and demons and other fantastical creatures walk among us, and automata are not necessarily just clockwork toys.

Natalie is a great protagonist. She is headstrong but also open to listening and learning from others—indeed, perhaps one of her most defining characteristics is how many questions she asks of people! She also likes to answer questions and to tell stories, a trait she appears to have inherited from her mother. Natalie really gets around the town, interacting with both children and adults, and she is the heart of this story. That being said, there were plenty of other characters I liked as well: Tom Guyot, of course; both of Natalie’s parents are interesting and not at all absent like we often see (frustratingly, in my opinion) in books like this; and Natalie's peers. Indeed, I confess that I liked Miranda Potter a lot. She might have been annoying to Natalie, but she sticks with Natalie and believes her when it matters most … and that speaks for a lot.

I can totally see The Boneshaker working as a 90-minute movie. As a book, its pacing is a little uneven—but the story here is really gripping, with these very intense moments that would work so well cinematically. (I’m thinking, for example, of the scene where Natalie hides in Limberleg’s wagon and witnesses what actually happens during his phrenology diagnostics). Milford and Offermann together weave and paint this rich tapestry of thoughts and words and pictures that really evoke a world similar to our own early 20th century, but with just a touch more of the uncanny. It gives me chills in all the right ways.

I really like the ending—not so much the climax, where Natalie confronts the Devil, because that part was predictable. I like the denouement, the way that the mood in the town has shifted subtly now that Natalie has assumed her birthright. There’s a moving conversation between her and her mom about her mom’s illness. And then the story closes with the conversation between Natalie and Jack, where Natalie finally nails that trick with confidence she learned from Tom. And I’m just all, “Damn, girl, this town is protected.”

The Boneshaker is fun but also dramatic. It has appropriately high stakes, good characterization … it feels like a rich, fantastical story. It isn’t perfect, particularly its pacing … there are parts that drag and parts that lag and parts that lurch forward like a wagon with a broken wheel. In the end, though, it’s a creative, compelling yarn that is very different from anything else I’ve read lately—and that I like very much indeed. 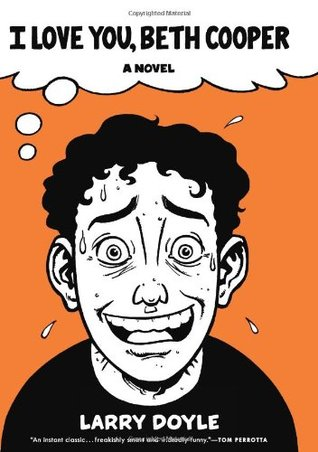