I have to return this book to the library soon, because despite putting it on hold, it has another hold on it already. Already. This Chuck Palahniuk guy sure is popular. Yet I feel as if I should do my civic duty and put a sticky note inside this book that reads, “Don’t bother.” That’s pretty much my review of Damned, in two words.

Madison Spencer is a thirteen-year-old girl, the daughter of rich-but-eccentric parents who love her but are not close to her. She overdoses on marijuana on her thirteenth birthday, dies, and goes to Hell, which it turns out runs on candy and forces people to work, usually as telemarketers. (It is Hell, I guess, so that’s fair.)

Madison Spencer is really concerned with letting you know that she is well aware of who Judy Blume is and that she has a good vocabulary. That’s why she starts every chapter with a faux-naive address to the Prince of Lies himself: “Are you there, Satan? It’s me, Madison,” and why every time she uses a word that you might doubt a thirteen-year-old would know, she lampshades it by challenging you and reminding us of her bookish habits, because she feels alienated and angsty (unlike any other teen in the history of ever). When she isn’t sharing her thoughts on her own sexuality, she’s rubbing decaptitated heads into giant clitorises, telling living people that dying and going to Hell is a bucket o’ fun, and punching Hitler and ripping off his moustache as a trophy (because why not?).

Going to be honest: I kind of stopped paying attention after the punching Hitler part. But by that time I was too far in to quit, and I rather hoped that Palahniuk would somehow pull a redemptive ending out of his ass that would, if not make my time sunk into this worth it, at least give me something marginally positive to say in this review.

A crew of sinister Snarky Miss Snarky-pants girls at my old boarding school, the infamous three who taught me the French-kissing Game, they once professed toe ducate me about human reproduction. As they told it to me, the reason boys desire so desperately to kiss girls is because, with each kiss, the activity makes the boy’s wanger grow larger. The more girls a boy can kiss, the larger a wanger he’ll eventually possess, and the boys boasting the largest are awarded the best-paying, highest-status jobs. Really, it’s all very simple. All boys devote their lives to amassing the most elongated genitals, growing the nasty things so that when they eventually wedge them inside some unfortunate girl, the distant end of the enlarged wanger actually breaks off—yes, the wanger flesh becomes so hardened that it shatters—and the broken portion remains lodged within the girl’s hoo-hoo. This natural event is much like those lizards that live in arid deserts and can voluntarily detach their squirming tails. Any amount, from the pointed tip to almost the entire wiener, can literally snap off inside a girl, and she’s fully unable to remove it.

WTF, Chuck? The above language sounds like something I’d more likely find in Worst. Person. Ever.—and you wish you were as darkly hilarious as Coupland. Not only is that just crude, but it’s not even the type of crude that would actually slip out of a thirteen-year-old girl’s lips. Trust me, I asked a couple of people who were once thirteen-year-old girls. Did you?

It’s not even the “thirteen-year-old” or the “girl” parts that Palahniuk fails so badly at: Maddy just doesn’t seem like an actual person. She is a badly written character. And given the equally-bad twist at the end, maybe that’s intentional Palahniuk is just trying to be uber-meta and clever—but I’m just not charitable enough to cut him such a large length of slack. My slack is incredibly short supply these days, and I cannot dole it out to just anyone. You have to earn some of my slack, Chuck, and you don’t do that here.

Even if I cut you slack on Maddy—and I’m not—the rest of Damned is still a disaster. Let’s talk about Hell:

I explain the seemingly arbitrary rules of which people run afoul, how each living person is allowed to use the F-word a maximum of seven hundred times. Most living persons haven’t the slightest idea how easy it is to be damned, but should anyone say fuck for the 701st time, he or she is automatically doomed. Similar rules apply to personal hygiene; for example, the 855th time you fail to wash your hands after voiding your bowels or bladder, you’re doomed….

Such yawn. Much boredom.

And yes—I will say this explicitly, lest someone reads these criticisms and challenges me on the grounds that I did not “get it”—I get it: Palahniuk is trying to make Hell sound boring and drab and overly bureaucratic. The problem with that? It’s boring (and drab). Matthew Hughes does a far superior job depicting an overly-bureaucratic Hell. And he manages to do so while exploring some interesting moral and philosophical issues. Palahniuk just seems to be working out some prurient plotlines that don’t actually go anywhere.

One reason I got so far into the book before realizing I should bail is that I was waiting for something to happen (beyond the going to Hell part). Maddy spends the first hundred pages stuck in a cell or wandering aimlessly around Hell with her friends before we even get a glimmer of the wider structure of the place. Even then there seems to be little hope of an over-arching storyline. Maddy veers from one remembrance of her parents’ terrible parenting to another, and all the while she has conversations with living people over the phone. Oh, and then she goes off on some kind of sabbatical and ends up punching Hitler.

Then there’s the twist at the end. Without spoiling it, all I can say is it puts Maddy in a Satan-killing mood, and that’s where the book ends. On a cliffhanger. After less than three hundred pages. Maybe if you had led with the twist, Chuck, and built an engrossing story around it, then I would have liked Damned. As it is, now I just feel like you spent an entire novel working up to the real story, in Doomed. The irony here is that the only reason I read Damned is because my Dad gave me a copy of Doomed many Christmases ago, and I thought it sounded very interesting but that I should read the first book in the series before I read it.

Past!me, you were so wrong, it is not even funny.

Damned is crazy, and not in a good crazy way. I’m guessing Palahniuk wants to be clever in a shocking-look-at-me-for-how-outrageous-this-is! kind of way. It all falls very flat, and the result is nearly three hundred pages of boredom topped only by my disbelief—in everything. It has been a long time since I’ve read a book, and finished it, and not had anything good to say about it. I’m less than 10 books into 2015, and already I think I have a solid candidate for worst book I’ve read this year.

My two words still stand: Don’t Bother. Read anything else. Read another Palahniuk book. Read a Twilight book. Read Twilight fanfic. But leave this one on the library shelf where it belongs. Don’t even think about putting it on hold. 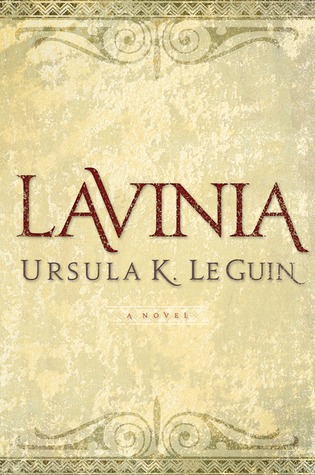 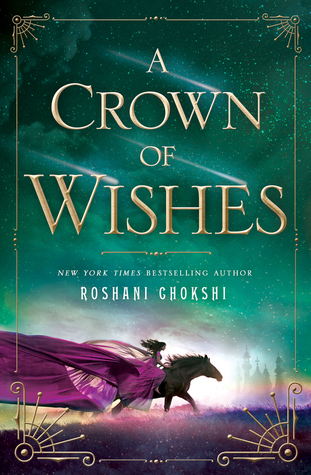