You cannot ask for a better premise than Uplift. Of all the science fiction series I've read, David Brin has something special here. Uplift is more than just panspermia, because Brin has taken the idea of aliens genetically engineering pre-sapient life to full sapience and wrapped his own entire mythos around the concept. As a result of Uplift, galactic civilization is a network of intricate social relationships defined and bound by literally millions of years of tradition. Client races are beholden to their patrons for millennia, if not hundreds of millennia. Entire species can be found culpable for the actions of a single group. It's very different from what we know, which is not surprising: in the Uplift series, humans are "wolflings." Either our patrons abandoned us long ago, or we developed sentience all by ourselves. Either concept is scary for the rest of galactic civilization.

So of course, the question is: did someone Uplift humanity, and if so, who?! It frustrates me that Brin has been so remarkably tight-lipped with that answer for the past three books. Hence, I begin this second trilogy with the ardent hope that by the time I finish Heaven's Reach, something like an answer will have emerged. (And please, if you have finished this series and Brin doesn't provide such an answer, do not tell me. I prefer to be disappointed on my own.)

Jijo is a fallow world. Settlement is not allowed. Fugitives from five species have settled there and formed an ad hoc society, well aware of their crime, well aware that when a ship arrives, it spells the end. Like the series premise of Uplift, Brightness Reef opens with high stakes, immediately establishing what these people fear and how it can all go wrong for them.

So when it does, it's no surprise. But that is where the lack of surprises ends, abruptly. Brin continuously new twists, and unlike Startide Rising, it actually works well here. For example, humanity's purported patron race, the Rothen, are first portrayed as somewhat god-like uber-humans. Of course, they have a much more sinister purpose that I won't reveal here, and after one of them is killed by some overzealous Jijoan defenders, we see that they have been deceptive even in their appearance. This aspect of the plot, like most of the book, doesn't get explained fully, and that would be extremely frustrating if I didn't have Infinity's Shore on the shelf.

The book ends quite abruptly too. It starts slow, despite its high stakes, and then in the last hundred pages adopts an astounding alacrity as if it has just remembered it needs to wrap up loose ends—until it doesn't. This is one of those qualities which are greatly subjective; it may bother you more than it does me (and it bothers me a little). So fair warning.

Aside from tantalizing hints, the question of human Uplift and the secret of the Streaker carries never gets addressed here (not that I expected it to be). Instead, where Brightness Reef excels is, as usual, its depiction of inter-species relations (wait, no, not those types of relations). The history of these five fugitive groups, as communicated by their sacred scrolls, is one of intermittent conflict ending in a recent peace known as the "Commons." As each sneakship landed on Jijo, it took time for the new settlers to fit into the rhythm of society. For some species, it was a matter of mutual distrust. For some, it's simply because humans smell bad—and ride horses. Whatever the reason, the harmony we see at the beginning of Brightness Reef is young—and, as we see as the story unfolds, very fragile.

My favourite characters were Sara and Lark, and not just because I am human-philic. I liked Sara's plight, her role as an intermediary between the Stranger and the sages, her discomfort with the "Path of Redemption" promoted by the sacred scrolls. That was something I didn't anticipate, the extent to which Brin juxtaposed the received wisdom of the Galactic Civilization's vast Library with the Jijoan settlers' desire to lose knowledge and retreat to the bliss of pre-sapient ignorance. As a bibliophile and an intellectual, all this talk of burning books got under my skin. As Sara watched the more militant parts of her society express their desires to hasten along the Path of Redemption, I found myself wanting to shout, "Nooo! Save the books!" I guess this resonates with me because of the zeitgeist, especially when I think about America and American media. The idea that there are people who are proud of their ignorance, and who wilfully seek to perpetuate the ignorance of others, astounds and, yes, offends me. So I found the Path to Redemption chilling, scary, and not at all to my liking.

Now, Lark was interesting because, like Sara, he is a bit of an outsider. As a heretic, he supports a movement that wants to end the settlers' habitation on Jijo by not reproducing. This differs from the Path to Redemption, which advocates for actual return to pre-sapience, as we see in the form of the dubiously unintelligent glavers. Lark's views are interesting, especially in the context of our growing population on Earth. Plus, through Lark we get to meet Ling, a starfaring human who believes (or believed) the Rothen are humanity's patrons. At first, she approaches Lark and the other humans on Jijo as backward, ignorant. Then they develop a mutual respect (and, if I'm not mistaken, not a little attraction between each other). I'm looking forward to seeing Ling resolve her crisis of faith, as well as Lark resolving his should they decide to get together and stay on Jijo.

As far as the other subplots go—Dwer and his interaction with Rety, Alvin and his companions diving, etc.—these were interesting, but I seldom found myself wondering, "Gee, I wonder what Dwer is doing now." There was never that sense of urgency to return to their perspective. The exception to this would be Alvin after their diving bell gets captured by an as-yet unidentified player. Still, those portions of the book were always shorter than the other perspectives, so I didn't get as attached to Alvin as I did to the other characters.

One character that did surprise me was Asx. The traeki fascinate me. Brin is very talented at coming up with unique species that are not merely humanoid stand-ins, and the traeki are a great example. Apparently they are the same as the Jophur, antagonists in previous books, but they are peaceful. Each individual traeki body is made up of "rings" that have different skill sets and traits; the rings together form a sort of group-mind that acts based upon consensus. So a single traeki can swap out rings and become a slightly different person in the process. Asx is the traeki sage, and his perspectives are little more than pithy ruminations upon the current action. Yet even in such brevity, glimpses into the traeki mind was still cool. Even though Brin doesn't consistently deliver well-paced action or complex characterization, he does often succeed at that one fundamental aspect of science fiction, that necessity for "difference."

Brightness Reef leaves you with questions—maybe too many questions. Still, it's fun, intriguing, and a great beginning to a new Uplift trilogy. Brin has managed to expand upon everything that makes the Uplift universe so unique and awesome. My only hope is that the series just gets better. 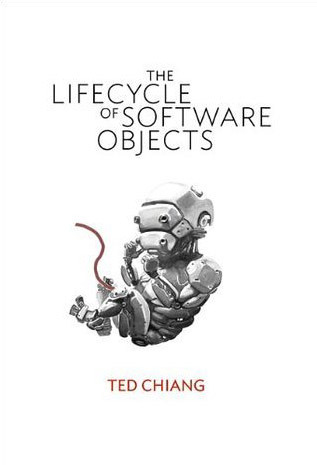 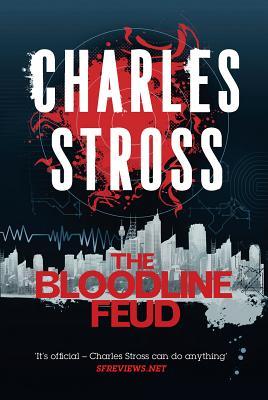