Addison Coleman, or Addie, is a mutant Tomorrow Person—damn it, she’s got mind powers, mmkay? But not floaty-move-stuff-with-your-mind powers—that’s Telekinetics—or memory-erasing powers—that’s Erasing—she can see the two possible paths that branch from a choice she has to make—Discerning, or Divergence, or whatever. The names aren’t that important. This is the Tomorrow People if the Tomorrow People were led by adults and not afraid for their lives because they’re all safe in a Compound in Texas. Addie has led a pretty privileged and cushiony life. But that all changes when her parents divorce.

The eponymous Pivot Point is Addie’s choice of who to live with: Dad, who is leaving the Compound to live among the “norms”; or Mom, who is staying in the Compound and trying to keep everything status quo? Naturally Addie uses her power to find out what would happen along either path. Turns out that either way isn’t that good … but Kasie West doesn’t give Addie an easy way out. She has to choose one option.

Each chapter has a definition as an epigraph. It took me longer than it should have to figure out that the chapters where Addie chooses Dad start with words that have norm in them, while the chapters with Mom in the Compound have definitions of words that contain para. I see what you did there! It’s actually helpful, though, especially towards the middle of the book where the worldlines start to converge again.

This dual-worldline narrative is awesome. It’s by far one of the coolest reading experiences I’ve had in a while. West could have made it even more gimmicky, and I think she wisely chose to keep it pretty simple. One question I had early on after Addie embarked on her “Search” was simply, what happens if you Search within a Search? Is it possible to get into some kind of Search infinite regression? Fortunately, West poses and answers this question in the book. (No spoilers!)

As cool as the power sounds, if I’m nitpicking I have to point out how it seems to create false dilemmas. Or can Addie see all possible futures? For example, if she’s going to buy an ice cream cone and can choose chocolate, strawberry, or coconut, can she see all three? Or is this only ever a binary divergence phenomenon?

To be honest it doesn’t bother me too much. Addie’s power doesn’t really affect the plot beyond the macro-level structure it creates for the narrative. And that, as I said, is pretty cool. West alternates between the norm/para futures that Addie envisions. We see Addie make friends at a norm high school, only to drift away from her awesome but somewhat unstable best friend, Laila, back at the Compound. In the para-verse, Addie and Laila stay fast friends, but Addie starts dating the high school quarterback (blech) only to discover there’s something more sinister happening, and she’s getting involved whether she likes it or not.

The dualistic structure of the narrative makes for some fascinating dramatic irony. In both futures, Addie’s dad consults on a murder investigation back at the Compound. The same person of interest, a guy who pretends he’s cool by calling himself Poison, shows up in both worldlines. These larger events—the ones not easily affected by whatever Addie chooses—remain the same, so spotting the ripples from Addie’s choice becomes a fun kind of game. In this way, West explores the butterfly effect in an interesting way.

I’m a bit disappointed the budding romance between Addie and Trevor in one ’verse belies Addie’s contention that yes, indeed, girls and boys can be platonic friends. I want more YA with mixed gender platonic friendships! But I can’t really fault Pivot Point if that was the story that West wanted to tell, because of course, there isn’t anything a priori wrong with Addie seeking a boyfriend in either ’verse.

On the other hand, Addie’s friendship with Laila is a lot of fun. Laila is definitely one of those best friends who isn’t always good for you, if you know what I mean. She pushes Addie, sometimes in directions I (and even Addie) might disagree with. She’s a very outgoing, in-your-face, this-is-in-my-comfort-zone-even-if-it’s-not-in-yours kind of girl. And that’s cool. I appreciate how she acts as a foil for Addie, and how Addie’s friendship with Laila eventually proves to be the true pivot point of this book.

As the story comes to a head, Addie begins to realize that both choices suck. I can’t help but think West is using this as a metaphor for the fact that having to choose a parent in a divorce really does suck. But in Addie’s case, either path leads to rather dark outcomes. So she has to choose the “least dark” future, or at least the one where she and Laila have a fighting chance at rescuing some semblance of their old life afterwards. But West seems to be setting things up for a much deeper conflict in the sequel (which I also happened to borrow from the library!).

Pivot Point is a solid novel. As far as YA goes, it hits on a lot of tropes without belabouring them. I think there’s lots here to keep older readers like myself interested too. West’s take on the mutants-among-us trope, combined with the cool way she spins out the narratives in parallel, makes for an interesting read. There were moments when my interest started to flag, and then we got to the climax. I was reading during the breaks between innings at a baseball game … and suddenly I did not want to put the book down. I was relieved when the game ended so I could go home and plow through the remaining few chapters, because I needed to know how it worked out. That’s how the book made me feel.

(I was definitely annoyed by the summary resolution/sequel tease at the end. But the magnitude of the exhilaration I felt from those last few chapters more than made up for it.) 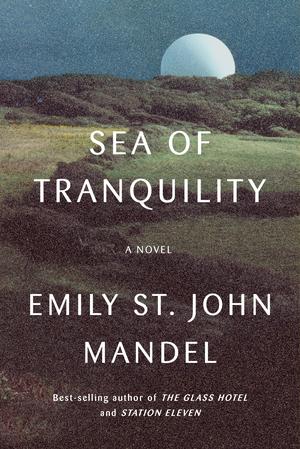