Somewhere along the way—likely from Inferior, but I can’t remember—I learned that women are excluded from most clinical trials for medication because our hormonal cycles are considered “too complicated” and they might throw off the trial results. Consequently, most of the medicines that make it to market have only truly been tested on men. Then there are inevitably—you guessed it—complications in some women who take these drugs, except doctors are just as likely to blame the issue on—you guessed it—hormones. Or it’s all in our head.

Lucy Cooke examines exactly this kind of bias in science and medicine, but she does so with a particular eye on evolutionary biology. Bitch: On the Female of the Species is a tour through some of the weirder corners of the animal kingdom and species that defy our stereotypical understanding of the differences between the “two” sexes. It is also a polemic against bias in evolutionary biology and science as a whole, a bias against studying the female sex, which has resulted in gaps in vital knowledge. Cooke rightly points out that when we allow our human biases to influence our methodology, we short-circuit the scientific method—and all of humanity loses out.

Thank you to NetGalley and publisher Basic Books for the review eARC!

I read a lot of popular science books, and often—especially when written by a scientist—they can be ponderous and dull, at least in parts. Not so with Bitch, which is a riotous romp from the beginning. The first chapter, “The Anarchy of Sex,” lists off examples of ways in which females of various species break our idea of sex stereotypes and the binary. In particular, I found myself picking my jaw up off the floor as I read about the female spotted hyena’s testerone levels and her eight-inch clitoris and fused-together labia! By the time I got to the third chapter, “The Monogamy Myth,” I was calling my friend to read her a passage about the libidinous activities of female Barbary macaques—“once every seventeen minutes”??—and laugh in astonishment—the things they don’t teach you in high-school biology, hmm?

Where does this so-called wisdom come from anyway? That’s another question Cooke sets out to answer. She not only debunks sex myths but actively draws a line through research, from the writings of Darwin all the way up to the modern day—1990s and early 2000s—when some female scientists were still having their papers turned away from journals for being too “political.” This is, of course, the cardinal sin of the dominant group: conflating one’s own perspective (in this case, that of the cis, white, male scientist) with objectivity and neutrality. When a scientist announces findings that confirm our biases about males being stronger, more active, more promiscuous, then the world rejoices. When a scientist announces findings that confirm the same facts for females, then it’s “political” because it goes against the received wisdom. This confirmation bias, along with measurement, selection, and sampling biases, results in a lot of holes in our science. Cooke stresses the importance of reproducibility of results and long-term studies that, instead of anthropomorphizing the subjects or looking for certain expected traits, observe what the subjects do and record those observations without leaning on established stereotypes. If we look at a female animal and expect to see maternal behaviour, we will likely find it, and discount any behaviour that might not contribute to that narrative. Instead, we should just look at the behaviour, record it, and then we can sift through the data to see what we have found.

Bitch and books like it are important for laypeople to read because we are taught, growing up, that science is objective, impartial, unassailable. This is the hill that transphobic people are often willing to die on. Whether it’s the inclusion of trans women in sport or the very existence of trans people, transphobes (TERFs or GCs or whatever they want to be called these days) are quick to cry “but biology!” as if this is the ultimate argument against my existence when I am … you know … here. Existing. Lol.

When we make this mistake, when we assume that just because something is written in a book, published in a peer-reviewed study, repeated at conferences and in sound bites on the news, that it is the unassailable truth, we do ourselves a disservice as critical thinkers. This is particularly the case when the narrative being presented is simplistic and binary. As Cooke works so hard to elucidate here, nature is seldom either of those things—so when someone announces that it is so, we should be skeptical. Note that this is different from science deniers, who also profess skepticism—for theirs is, similar to the scientists whose bias is taken apart in this book, a form of confirmation bias rooted in conspiracy theories that ultimately advocate the abandonment of the scientific method. Cooke is not doing that here. She is not saying we need to throw out the baby with the bathwater—but it is probably time to change out that bathwater, and maybe get a bigger tub. The baby might be all grown up now.

Incidentally, as a trans woman, I certainly went into this book with a small amount of trepidation. Any scientific book that discusses the sexes can be, even inadvertently, trans-exclusionary. So I was reassured when, even before the introduction, Cooke includes an “Author’s Note on Language” that asserts, “This book intends to demonstrate that sex is wildly variable and that gendered ideas based on assumptions of binary sex are nonsense.” Fuck yeah. As I already commented above, the first chapter then being about “The Anarchy of Sex” cemented my sense that I was going to be safe reading this book. If that were not enough, Chapter 11 is called “Beyond the Binary” and features the work of trans ecologist Dr. Joan Roughgarden! This is important—there is also a common trend among people who want to be allies to shrug and say, “Hey, trans women are women and valid and whatnot, but eh, the data is just for cis men and women. So we know you exist, we know non-binary people are out there, but for our purposes we’ll just have to ignore you for the next two-hundred pages. So sorry.” That’s not acceptable. Trans people are here. We are in the fields being spoken about. So Cooke not only professes her allyship but actively includes trans people in her writing and actively makes sure that her approach to analysis is trans-inclusive rather than agnostic. That is true allyship. (I’m applauding right now.)

Ultimately, Bitch is, as the introduction says, about “a sexist mythology [that] has been baked into biology” and how “it distorts the way we perceive female animals.” Cooke comes with proof to back up this thesis, and most importantly (from my perspective as a curious reader), she presents this proof in an engaging, often hilarious way. Honestly, this book was the next best thing to watching a nature documentary, and probably slightly more informative given that it isn’t limited by time slots. It is worth your time and energy: not only will it entertain, but it is going to help you on your way to breaking down the gender and sex binary we are immersed in, along with the stereotypes that, for too long, too many people have propped up with faulty science. 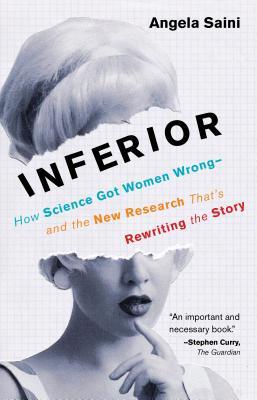 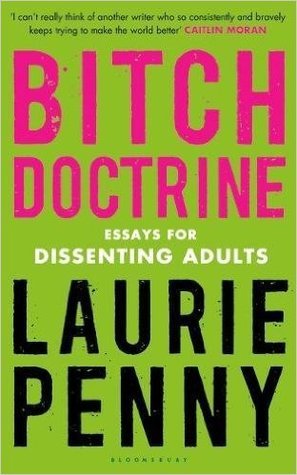 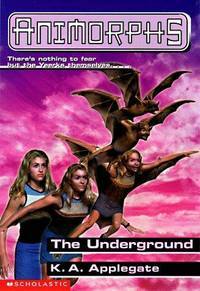