I love to sleep. I prefer at least eight, preferably nine hours of sleep each night. Going to bed at midnight and waking up at nine in the morning is a perk of my madcap, Bohemian university student lifestyle that I will have to abandon once I become a stern, starched-collar high school teacher. For now, however, I like my sleep, and I will defend to the death my right to snore it. But if I did not need to sleep—had, in fact, grown up without ever knowing sleep—would I miss it? How would I be different? What if I weren't alone?

Beggars in Spain has a simple premise—that certain children have been genetically-engineered so that they do not sleep—with enormous implications (such as the Sleepless not aging). Once again, Nancy Kress uses genetic engineering to explore what it means to be human and how our society treats those who are different. I recognize her familiar themes from Nothing Human and "Act One". Kress is an awesome author of serious gene-manipulation fiction, by which I mean she doesn't use genetic engineering just as a science-fiction plot device or a background phenomenon, as one might see in other books where other motifs are more important. Whether she is altering the entire human genome, as in Nothing Human, or tweaking just a single trait, as she did here and in "Act One," Kress considers the implications of her changes in how these altered humans think and behave. More importantly, she considers how the un-altered will react. And Kress is writing posthuman fiction set not in the far-off future but in the present and in the near-future; she is writing about what our lives might be like in a decade or three.

So why did I have so much trouble with Beggars in Spain? I was constantly aware of how far through the book I was, and I never had that urge to continue reading like I do with books that really grip me. To be fair, I think I had a similar reaction to Nothing Human. Kress' writing style and my reading habits do not exist in perfect harmony, and sometimes that happens, even with authors whose work I admire on an intellectual or literary level. There must be more to it than that. Otherwise, I would feel comfortable giving this book five stars.

Beggars in Spain has an excellent premise, but its plot is unsustainable. The tragedy is that the overall story makes a lot of sense, and it should work: the Sleepless outperform the Sleepers, who channel their fear of difference into hatred and bigotry. So far, so good: none of this requires suspension of disbelief, at all, because it's a true story that has been repeated far too often in our history. It's still happening today. Groups fear those who are different, and then the fear turns to hate, people get stupid, and individuals die. I don't begrudge Kress the parallels. Intention is one thing, however, and execution is quite another.

The first part of the book, essentially what got published as a novella (and won both the Hugo and Nebula for it!), is great. I have few complaints about it. The supporting characters are somewhat thin, and the family situation is somewhat clichéd. Aside from that, however, Kress nicely portrays an American society struggling to deal with the rising population of Sleepless among them. The nascent internal divisions among the network of Sleepless is intriguing, and Kress follows up on this in the rest of the book.

There are two problems with the rest of the book, and their names are Leisha Cambden and Jennifer Sharifi. Leisha is the main character, theoretically the protagonist, though she does not do much protagonizing. Although seeing the world through Leisha's Sleepless yet compassionate eyes is interesting, Leisha as a person is rather dull and credulous. She talks a lot about Yagaiism and contracts and eponymous Spanish beggars, and once in a while she kidnaps abused Sleepless children. Most of her actions, however, like the creation of the Susan Bell Foundation, take place offstage. Plenty of characters around Leisha—Richard, Alice, Jordan, Drew—are doing things; Leisha just seems to sit around lamenting the fact that people are short-sighted and judgemental. She's a bit of a downer.

Jennifer Sharifi, on the other hand, is much more interesting but, again, doesn't quite work as a character. One of the two characters who come as close to antagonists as this book has, Jennifer is an ultra-cool Sleepless who pursues rationality and pragmatism to the point of irrationality. She is convinced the only route for Sleepless survival is voluntary exile: first to an orbital habitat, then out into space completely. All her energy is directed toward these efforts, laying the groundwork for the secession of the Sleepless Sanctuary from the United States. She continues to tinker with the genes of Sanctuary's children, creating a new generation of "Supers," Sleepless whose neurological functions are hyper-accelerated—at the price of a loss of motor control that manifests as twitches and stuttering. Oh, and she stacks Sanctuary's ruling council with her own family members and viciously suppresses any dissent.

Jennifer is a caricature of an ultra-reactionary leader of the persecuted. She's too bad, closer to a moustached villain than a devious leader fighting for the survival of the Sleepless. There's never a question of whether she has crossed a line; she has crossed it, and for that she receives no sympathy for me. I don't view her as a credible threat or challenge, because the other characters will always have the moral high ground over her. If she had been more ambiguous, or at least more formidable, I might have enjoyed her role as an antagonist more.

The other antagonist comes rather late to the party. He frames Sleepless for attacks on Sleepers, including a Sleeper scientist who approaches Leisha to have develop a way of turning Sleepers into Sleepless. He's a much less important figure than Jennifer, of course, so accordingly he has less depth. Still, his involvement in the scientist's murder wasn't exactly my favourite revelation of the book. I don't really hold it against him, but he does highlight a vacancy in the roster: Leisha et al needed a true ally, a powerful Sleeper who nevertheless championed the cause of the Sleepless.

I quite liked the Supers, and Miri, and their struggle as a faction within the Sanctuary faction. The whole Other-within-the-Other motif is appealing, and Miri is one of the easiest characters with whom I could sympathize. Watching her struggle with her feelings for Tony, her own brother, and reconcile the knowledge that her mother could not look upon her with love, was close to heartbreaking. And of course, Miri and the Supers are exactly Jennifer's mistake: she tries to create an ultra-superhuman being, something beyond even her own generation of Sleepless, but she haughtily thinks she can somehow control them. While the Supers' sundering of their Sanctuary shackles was predictable, it was also the most entertaining and riveting part of the book.

Beggars in Spain isn't bad, but it is heavyhanded almost across the board: characters, philosophy, and plot could all have done with a much lighter touch. Just thinking of all the times the characters referred to "beggars" or "beggars in Spain," as if Kress was not confident we would make the connection between the philosophy and the book's title, makes me wince. I appreciate subtlety, and I notice its absence. While seldom enough to ruin a book for me—especially one as admittedly thoughtful and intriguing as this—it does detract from my enjoyment. Books are my drug of choice, and Beggars in Spain left me unsatisfied. 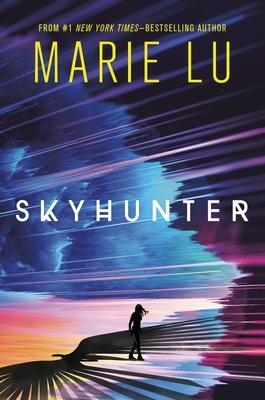 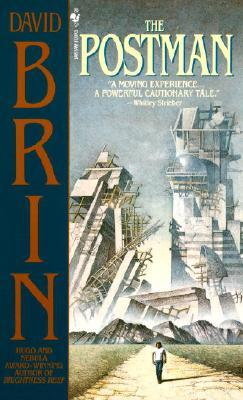